Houston’s forecast will continue to be a gray, wet mess for the next couple of days before sunshine returns on Thursday. Unfortunately, this sunny weather will be short-lived with the return of clouds and some rain showers as early as Saturday.

A cold front has pushed just offshore, leading to northerly winds across the metro area and temperatures ranging from the mid-40s north of the city to around 60 degrees right along the coast this morning. The front will slowly lift back to the north today, allowing winds to shift to come from the east. To be frank, it’s not clear how slowly this front will pull back today, and so our temperature forecast is somewhat uncertain. Generally highs will probably get into the low 60s across the region, although areas north and west of Houston will be cooler. 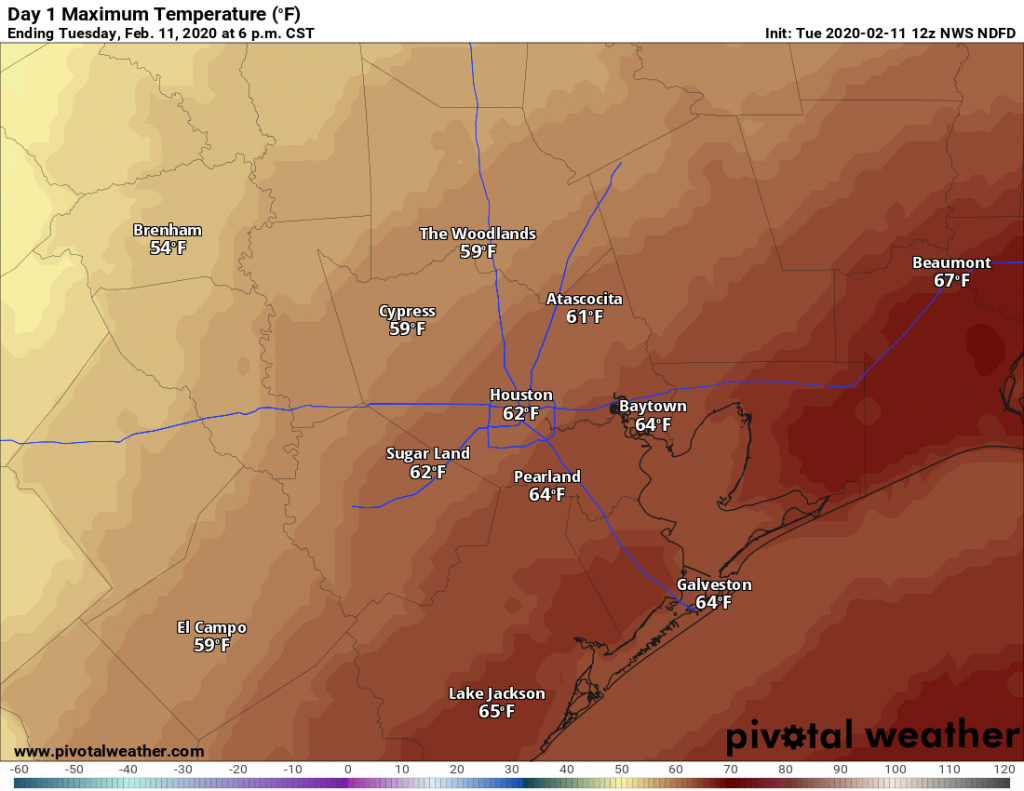 High temperatures Tuesday will depend on the position of the front. (Pivotal Weather)

Skies will remain gray today, with the possibility of light rain. We can’t rule out a thunderstorm, but for the most part any showers in Houston today should be light as they move from west to east. Accumulations for most will be about a tenth of an inch or less. Low temperatures tonight will probably only fall a few degrees from daytime highs.

Frankly, we have a lot of questions about Wednesday’s weather as well, because there is just not great agreement on when the next strong front pushes into Houston and off the coast. Highs on Wednesday will likely get somewhere into the 60s, but again there could be a pretty sizable difference in temperatures between west (cooler) and east Houston. Rain chances will be pretty high on Wednesday, but again I expect accumulations to be reasonable, with most areas receiving one-half inch or less.

These will be a pair of chilly, winter days, with mornings in the 40s and highs topping out in the upper 50s or 60 degrees despite ample sunshine. Winds will be out of the north at about 10 mph. Thursday night will be the coldest night of the week, with some northerly parts of Houston likely dropping into the upper 30s. 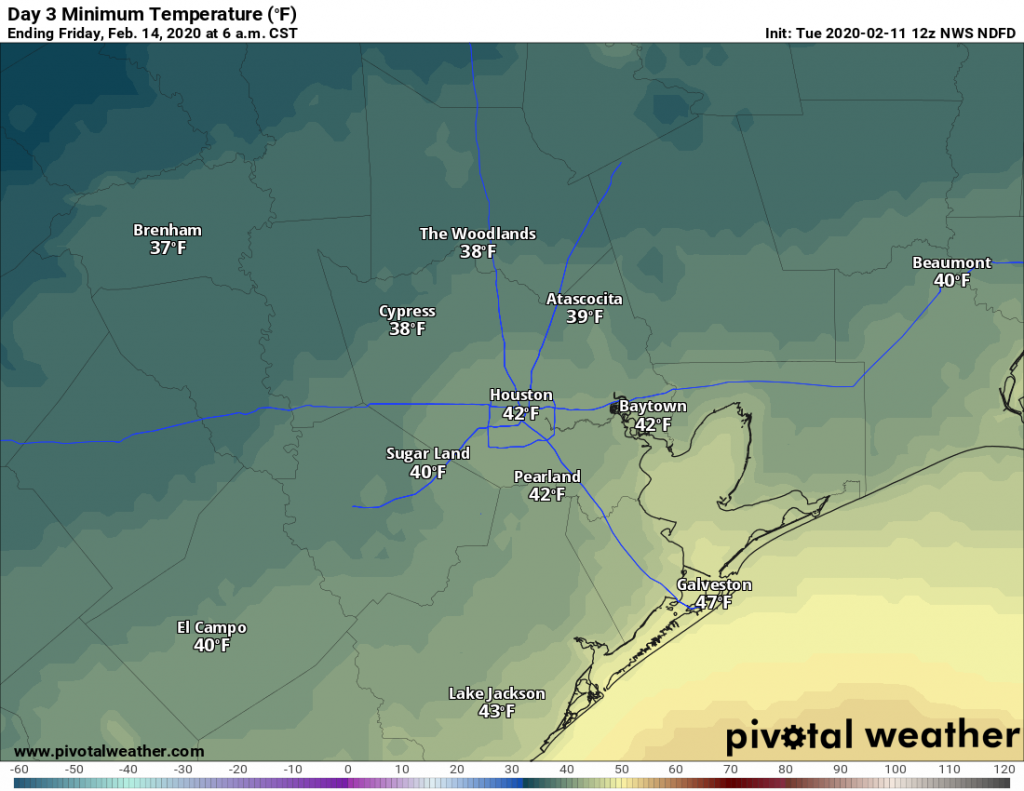 A warm-up begins on Saturday, with highs climbing into the 60s, and then the 70s on Sunday. Unfortunately, clouds will return on Friday night and we can expect overcast skies for most of the weekend—with the possible exception of Sunday afternoon. Some rain chances return by Saturday, along with the onshore flow, but there’s no real consistency to the forecast yet. We’re not expecting any heavy rainfall at this point, but there certainly could be enough to put a damper on outdoor activities.

This warm and muggy pattern hangs around until about Wednesday, when our next front slides through. Early signs are that this front will produce a decent shot of rain.

3 thoughts on “A front moved offshore, but not for long”