We’re continuing to track the potential for heavy rainfall on Friday, Friday night, and Saturday morning as a strong front moves through the region. Unfortunately, the models remain highly consistent in forecasting a wet night, with the potential for widespread totals of 2 to 5 inches of rainfall, and some bullseyes of up to 6 to 8 inches. The atmosphere won’t be too favorable toward severe weather, so the primary threat is heavy rainfall and the potential for some light to moderate flooding.

As a reminder, if you want the latest updates from this web site you have several options:

Conditions today will be a lot like those on Tuesday, which is to say a cold start, followed by a sunny warm up into the low 60s. However, a subtle wind shift from the northeast to the east later today will allow for a few clouds to develop later tonight, and should moderate low temperatures to around 50 degrees in Houston—colder up north, a bit warmer along the coast. 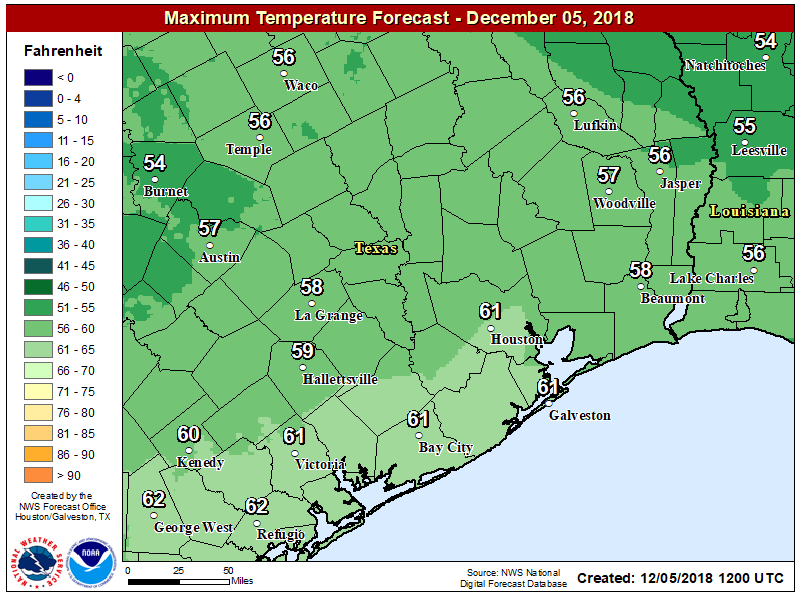 Winds will shift to come from the southeast on Thursday, and this will represent the return of a moist, onshore flow from the Gulf of Mexico. This will help ramp up moisture levels ahead of the front, but it won’t manifest in rainfall immediately. Instead, Thursday will be a mostly cloudy affair, with highs in the mid- to upper-60s, and those southeasterly winds.

The main event will occur as an upper-level low pressure system slides down into Texas on Friday, bringing the best focus for rainfall Friday night in the Houston area. Heavy rains will be possible before midnight Friday, and after sunrise on Saturday, but we expect most of the region to see most of its rainfall during these nighttime hours.

The latest modeling guidance suggests the path of this system will favor heavier rainfall for Harris County and points north, rather than the coast. But beyond that there’s not much to say. To give you a sense of some of the uncertainty, here is the forecast map for rain accumulation from the 00z operational run of the European model: 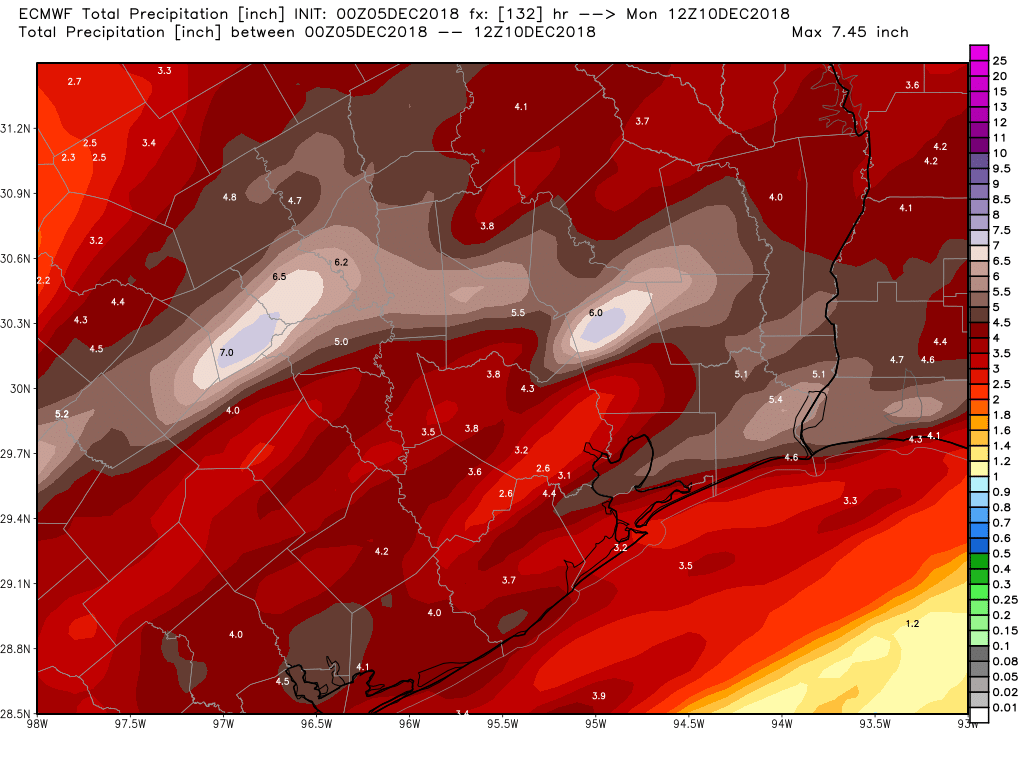 And the same map from the 06z GFS model: 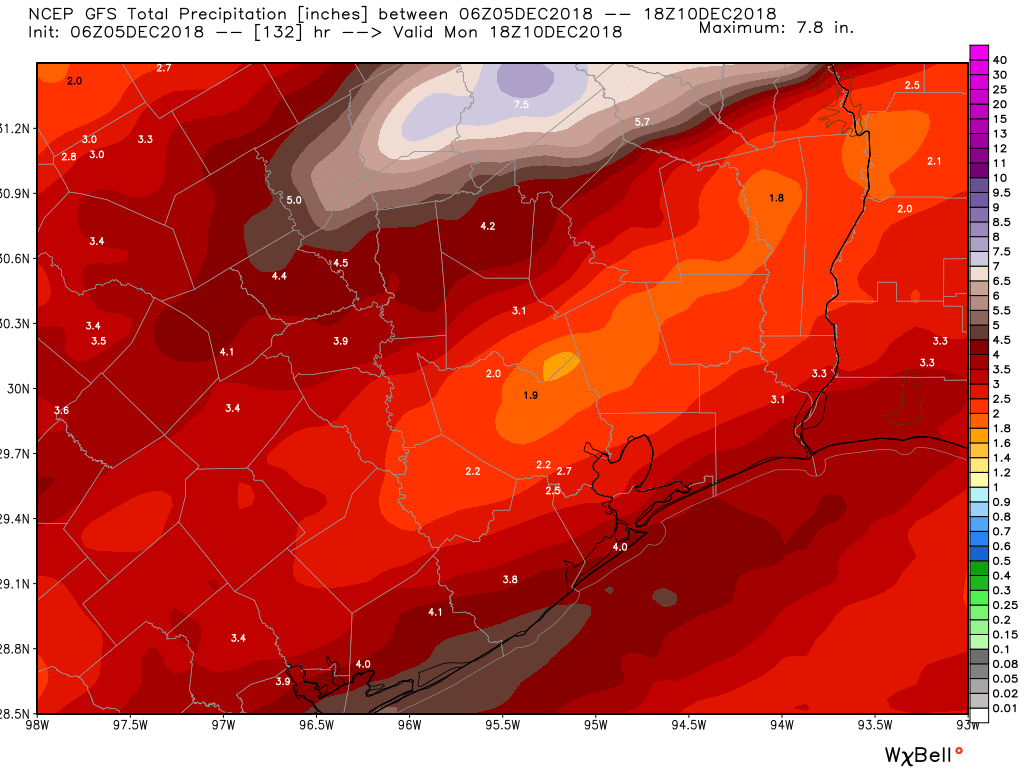 As you can see, both models show significant bullseyes of rainfall in the 7-to-8 inch range. But the European model has the heaviest rains immediately north and northwest of Harris County, while the GFS model has them much further to the north, near Crockett.

Thus, while we continue to have high confidence in significant rains coming to southeast Texas late this week, we can’t say where the greatest amounts are going to fall. We may not know this Friday, and even then we will have some uncertainty.

Saturday afternoon and beyond

Rains should end before noon on Saturday, and a colder, drier air mass will move into the region. Highs Sunday and Monday probably won’t get much above the mid-50s, and overnight lows will drop down to around 40 degrees in the city. Sunny skies will prevail from Sunday morning onward.

19 thoughts on “Plan for significant rainfall on Friday night, Houston”