Although they were somewhat scattered, storms that developed Tuesday across the metro area were briefly quite intense. Cells over areas such as the Energy Corridor west of Houston, Clear Lake, and near Sienna Plantation briefly recorded rainfall rates of 4 inches per hour, quickly backing up streets. We should see a similar pattern today, with the potential for some scattered, strong storms before a few drier days.

Although they should number fewer than on Tuesday, showers and thunderstorms will likely develop near the coast this morning and then gradually spread inland. Probably about 30 or 40 percent of the area will see anything between a few sprinkles and briefly heavy rainfall. Between any showers, skies will be partly sunny, and this should help high temperatures warm into the low- or possibly even mid-90s for areas that see mostly sunshine. Winds will be out of the south at 5 to 10 mph. Rain chances will (mostly) die back during the evening and overnight hours. 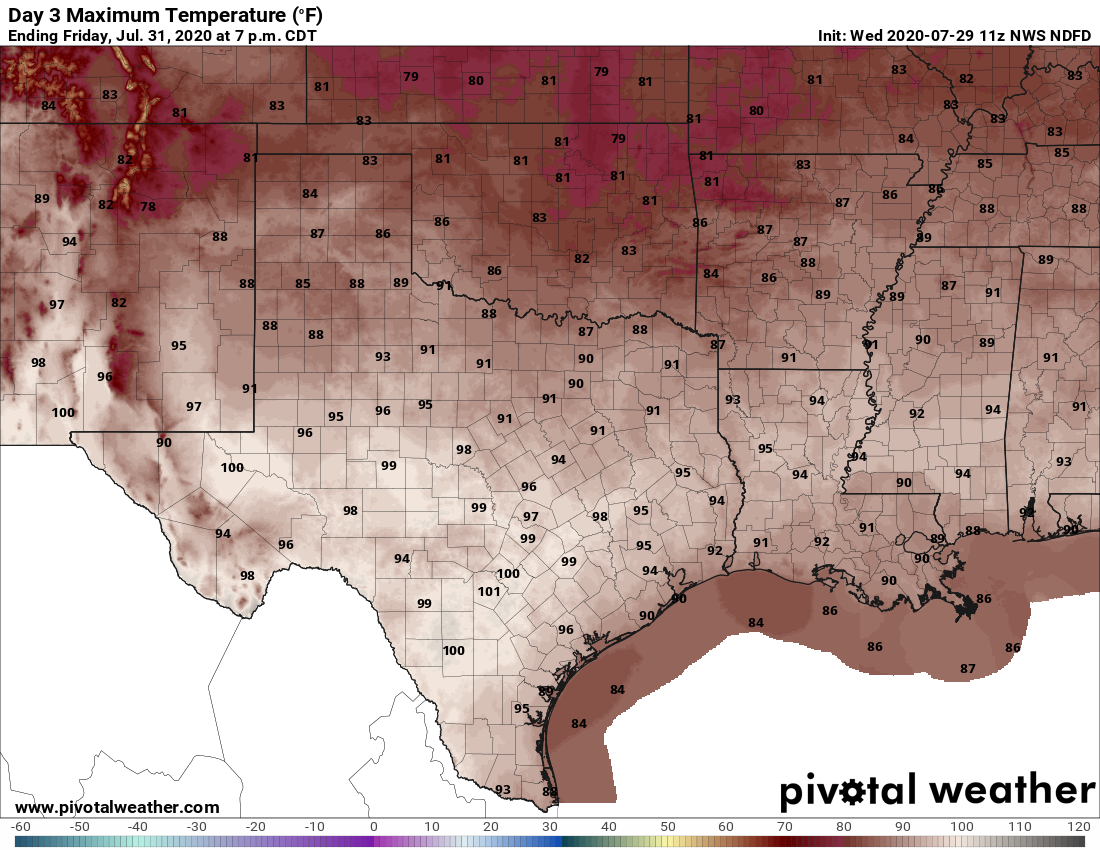 High temperatures by Friday will rise into the mid-90s for most. (Pivotal Weather)

Houston will lie on the periphery of high pressure and this will help to bring rain chances down to the 10 to 20 percent chance level. As a result this should be a pair of mostly sunny, hot days with highs likely reaching into the mid-90s, and possibly upper-90s for inland areas. Winds will be light, out of the south or southwest, so don’t expect too much relief from these typical days for the end of July.

As a cool front moves into North Texas—alas it will not get close enough to the Houston region for us to see any meaningful effect on temperatures—it will likely help to generate some showers and thunderstorms in Houston on Saturday. The timing is a bit unclear, but parts of the region could see between 0.25 and 1 inch of rain mostly during the daytime on Saturday. Please keep this chance of thunderstorms in mind if you have outdoor plans. This precipitation, along with some clouds, should help to moderate temperatures and hold them in the lower 90s.

As the day goes on, the atmosphere should dry out some on Sunday, pushing rain chances down to about 20 percent. Mostly sunny skies should nudge afternoon highs into the mid-90s. 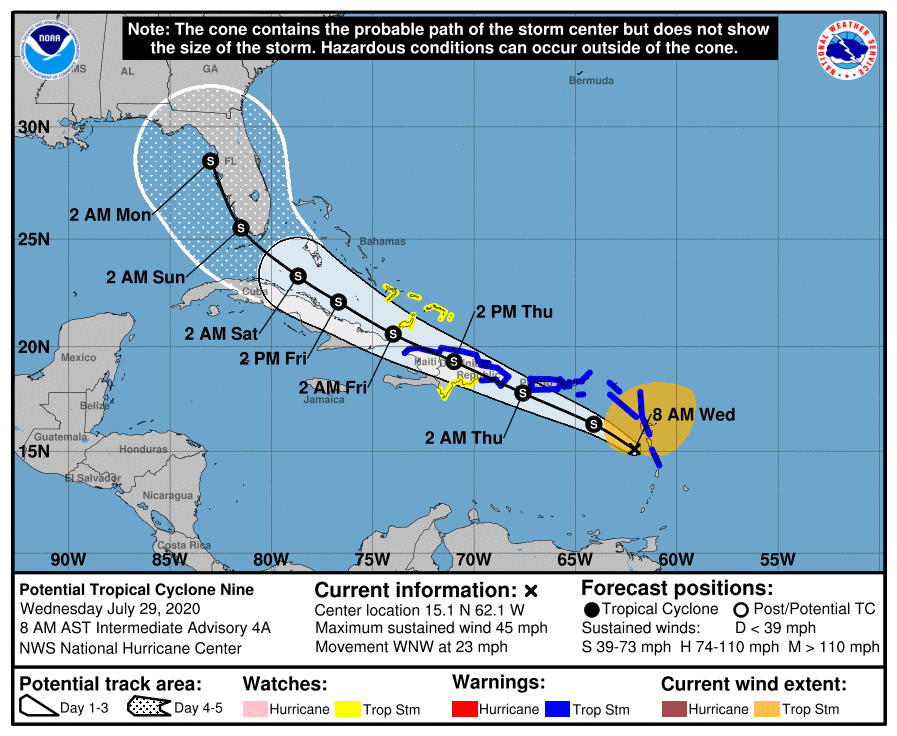 The forecast for next week is somewhat muddled, but the most likely scenario is typical August weather for Houston. This means highs in the range of the mid-90s, with a chance of afternoon showers driven by the sea breeze. This is a fairly happy medium for Houston, during this torrid month, given the alternative extremes of searing drought and flooding hurricanes. Speaking of the tropics, as Matt wrote Tuesday, we don’t discern and tropical threats to the Texas coast at present.