Good morning. After several wetter days for the region, rain chances will slacken some to end the work week before returning again Friday night. As we head into August this weekend, high temperatures will likely remain mostly in the low 90s, which is fairly “pleasant” for what is typically the hottest time of the year in Houston.

Some drier air is mixing into the atmosphere this morning, and this should help to limit shower and thunderstorm activity later today across the region. Rain chances are likely around 20 percent for most locations. Skies should become partly to mostly sunny this afternoon, and this will allow highs to warm into the low or mid-90s for the region. Winds, generally, will be light, coming from the south. Skies should turn partly to mostly cloudy tonight, leading to warm and humid conditions, with lows struggling to fall below 80 degrees for much of the region. 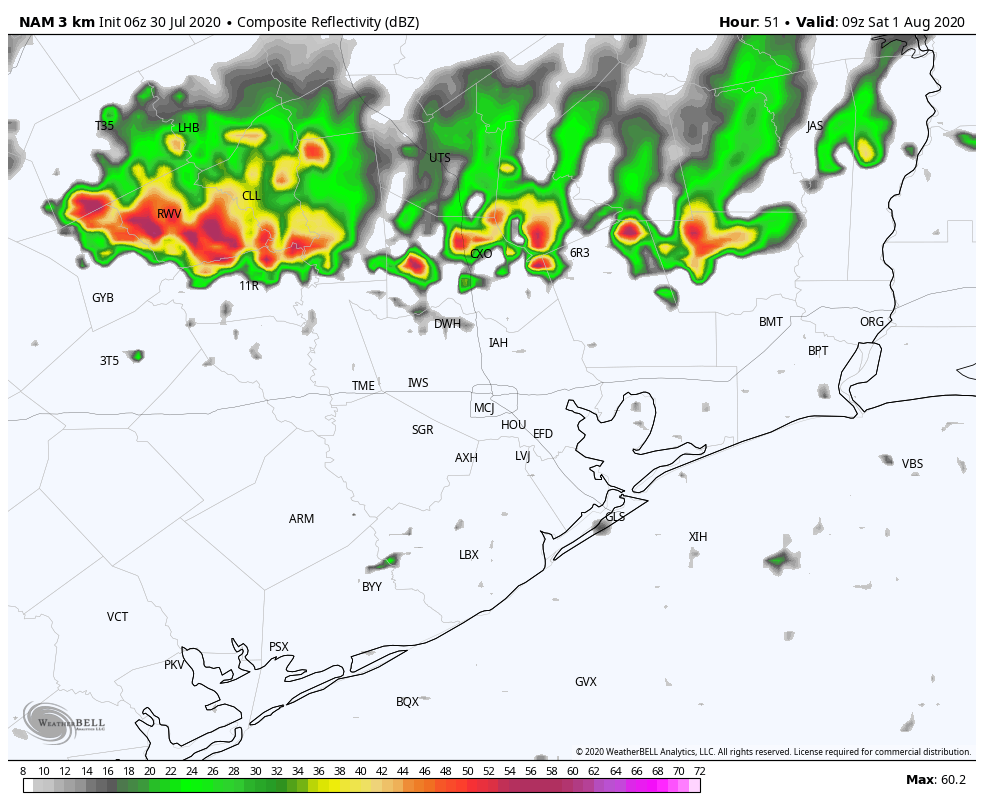 Conditions will be similar on Friday, with partly to mostly sunny skies leading to another warm day with highs in the low- to mid-90s. Later in the day a dying cool front will approach the region from the northwest. This may ultimately bring some drier air into the northern half of the metro area, but initially it may lead to some storms over areas north of Interstate 10—particularly Austin, Waller, Washington, Grimes, and Montgomery counties. Some models indicate a line of storms moving into these areas between midnight Friday and Saturday morning. We’ll continue to track this to see if it’s likely to come to fruition.

Some semblance of the front may drag into central Houston on Saturday, and this may generate some additional showers between Interstate 10 and the coast. However, this is all dependent upon the front’s position and smaller features within the atmosphere that are impossible to forecast right now. So we’ll go with a low-confidence prediction of a 50 percent chance of rain for central and southern Houston. Skies should otherwise be partly sunny, with highs in the low 90s. 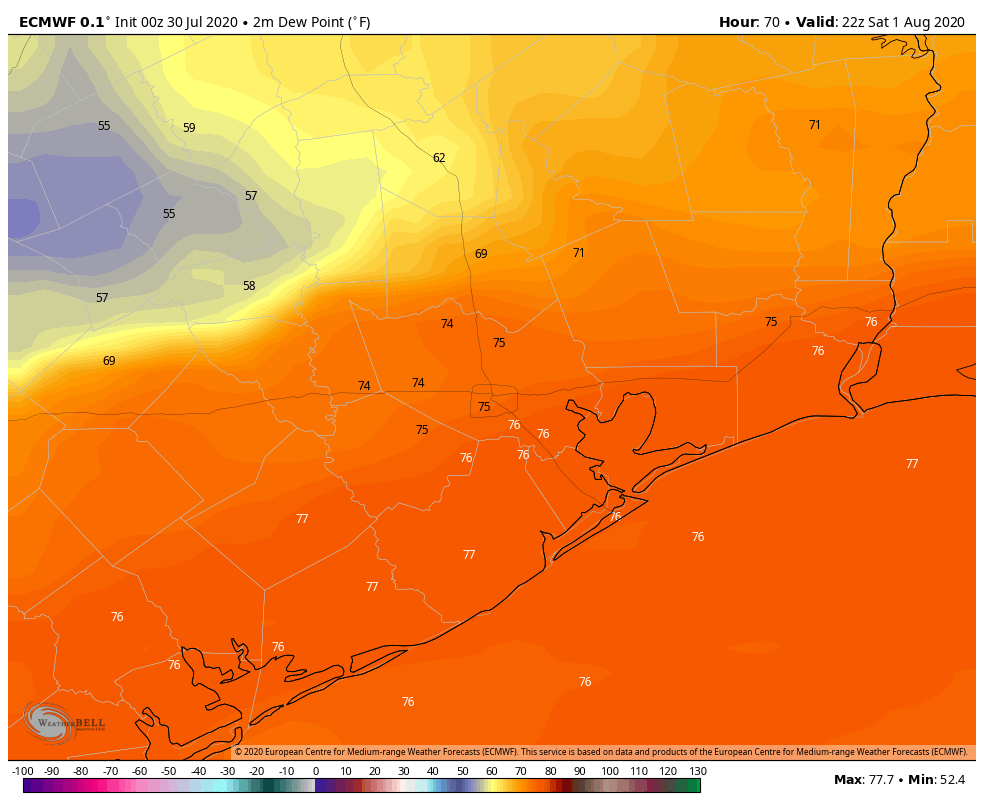 Some slightly drier air may push near Houston on Saturday. (Weather Bell)

Some showers may linger into Sunday morning—maybe?—but after this some slightly drier air should help to clear out skies. This should lead to a mostly sunny day with highs likely in the mid-90s.

A chance of storms will linger for the Houston area during the first half of next week, as the atmosphere over central and northern Texas remains unsettled. I’m going to say most of these days will have about a 30 percent chance of rain and not feel great about that forecast. It does appear as though high pressure will settle in toward the second half of next week, which should tamp down any rain chances and push highs into the mid-90s. 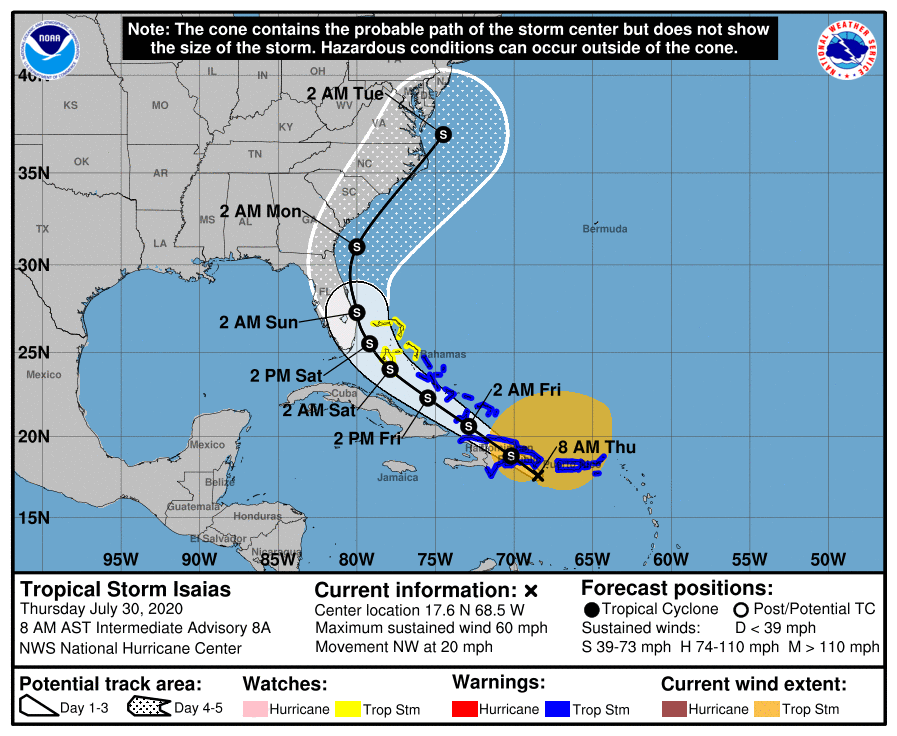 Tropical Storm Isaias has finally formed near Hispaniola, and it will bring wet and windy weather to the Bahamas on Friday and Saturday. After this, the storm will move toward the Florida peninsula, where its impacts are yet uncertain. The track forecast still isn’t locked down, and some models are now bringing Isaias to hurricane strength before it makes landfall this weekend, or possibly remains just off the east coast of Florida.