It’s another clear and pleasant morning—low temperatures in the mid- to upper-60s are not to be taken for granted this time of year—and our forecast remains on track with May-like weather ahead. We’re still anticipating some rain, and the potential for storms later Saturday night and Sunday morning, but there is no guarantee this will happen.

Overall, today will be similar to Wednesday, with mostly sunny skies and high temperatures in the mid-80s. Some high resolution models are showing the potential for some scattered storms that could pop up this afternoon, due to the combination of the sea breeze and daytime heating. The most likely window for these appears to be from 2pm to 6pm this afternoon, with areas along and west of Interstate 45 most favored. These shouldn’t pose too much of a problem unless they develop directly over freeways at rush hour. 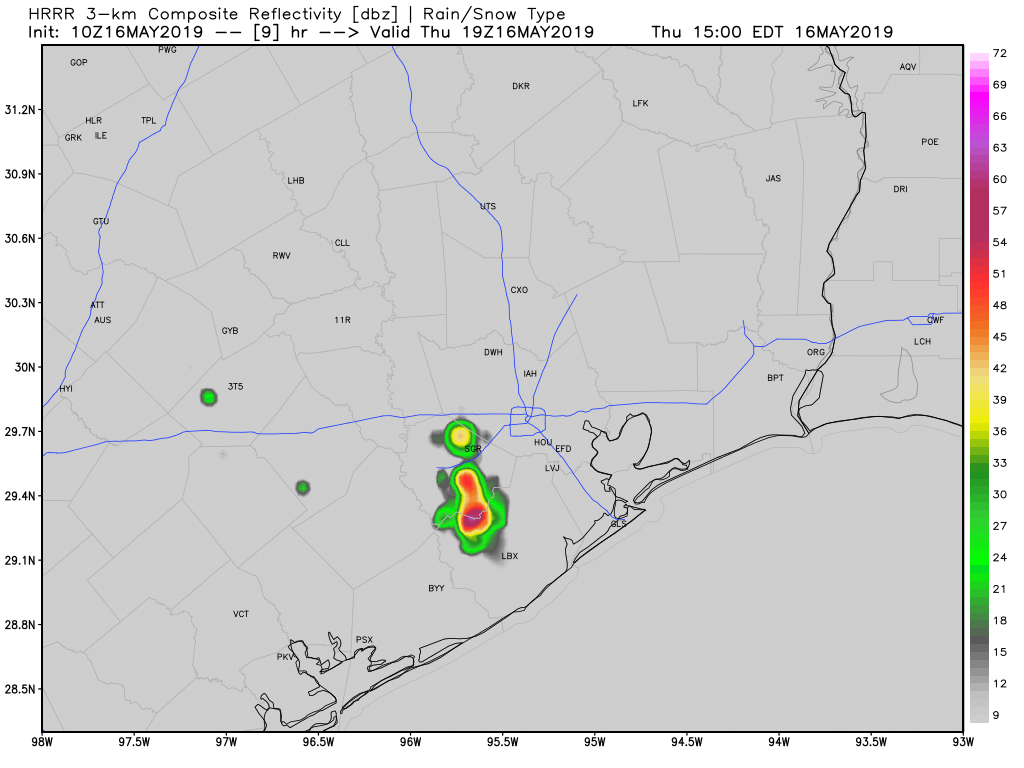 The HRRR model shows the potential for at least isolated thunderstorms on Thursday. (Weather Bell)

This should be a partly sunny day, with highs in the mid-80s, and another chance of scattered to isolated showers and thunderstorms. More clouds will likely move in later on Friday and Friday night, leading to warmer overnight conditions for the region in the mid-70s.

As for the weekend, we expect a mostly cloudy day on Saturday. Some very light rain is possible during the daytime hours, but mostly it should just be a gray, humid day with highs in the mid-80s. At the same time, a strong storm system will be working its way across central and northern Texas, pushing westward toward the Houston metro area. Just for illustrative purposes, here is how one high-resolution model depicts the situation at 1pm CT on Saturday. 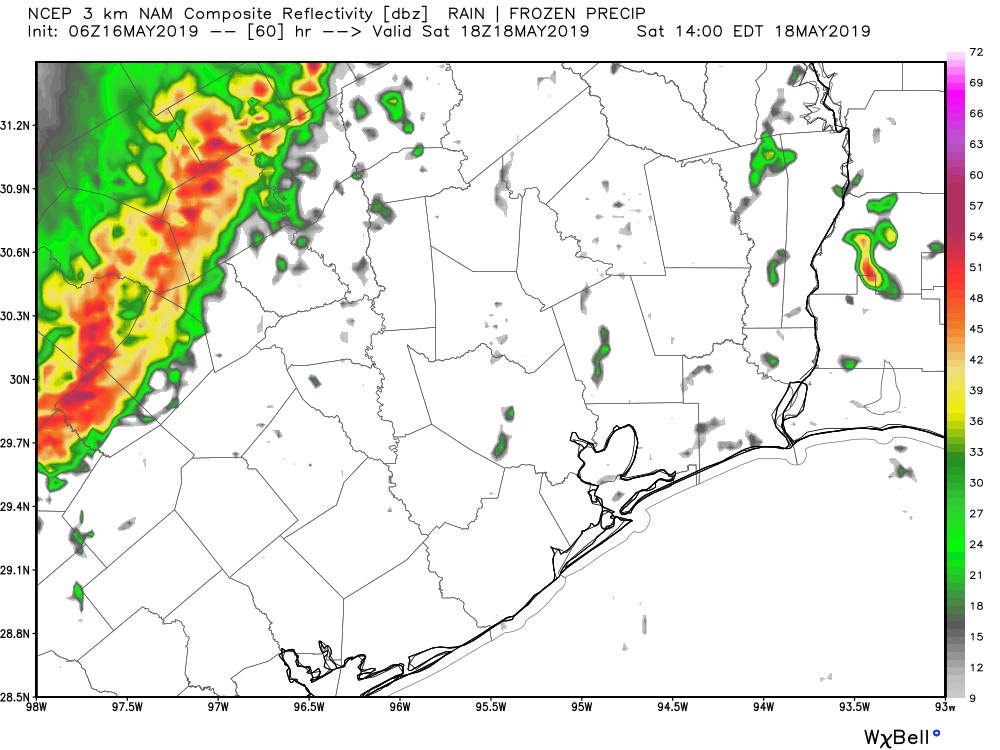 The question is what happens to the line of storms off to our west and northwest later on Saturday, and early Sunday morning. Several models show significant weakening as it moves into the Houston metro area—and it’s not clear entirely why. However, for this reason, while I think there’s a pretty healthy chance the region will see some strong thunderstorms and perhaps 1 to 2 inches of rain on Saturday night, there’s also a bust factor in which most of the area sees some light to moderate rain, and wakes up Sunday morning wondering what the fuss was about.

Skies should clear some later on Sunday, allowing highs to climb up into the mid- to upper-80s.

We’re still on track for warmer weather in the region next week, but it looks like the atmosphere wants to deliver one more round of rain around Tuesday or Wednesday before high pressure asserts control, and likely brings us at least a few days of 90-degree weather.

4 thoughts on “Some storm chances this week, but a tricky forecast for Houston”