Good morning. After Friday’s unexpectedly widespread storms—with flash flooding in areas such as League City, Seabrook, Kemah, and elsewhere—conditions early Saturday are going more to form. A fairly strong squall line with gusty winds and briefly intense rainfall has pushed through most of the metro area as of 4:30am CT, and it should be well east of the metro area by sunrise. It has generally dropped 0.25 to 0.75 inches of rain.

This should be the worst of the region’s weather, but the upper-level low pressure system we’ve been talking about remains just to the north of our region. This should continue to drive showers and possibly some thunderstorms through the morning hours and into the early afternoon hours. These storms that develop should be weaker and less widespread as they move from west to east. Accumulations following the squall line’s passage should be less than one inch for most parts of the metro area today. 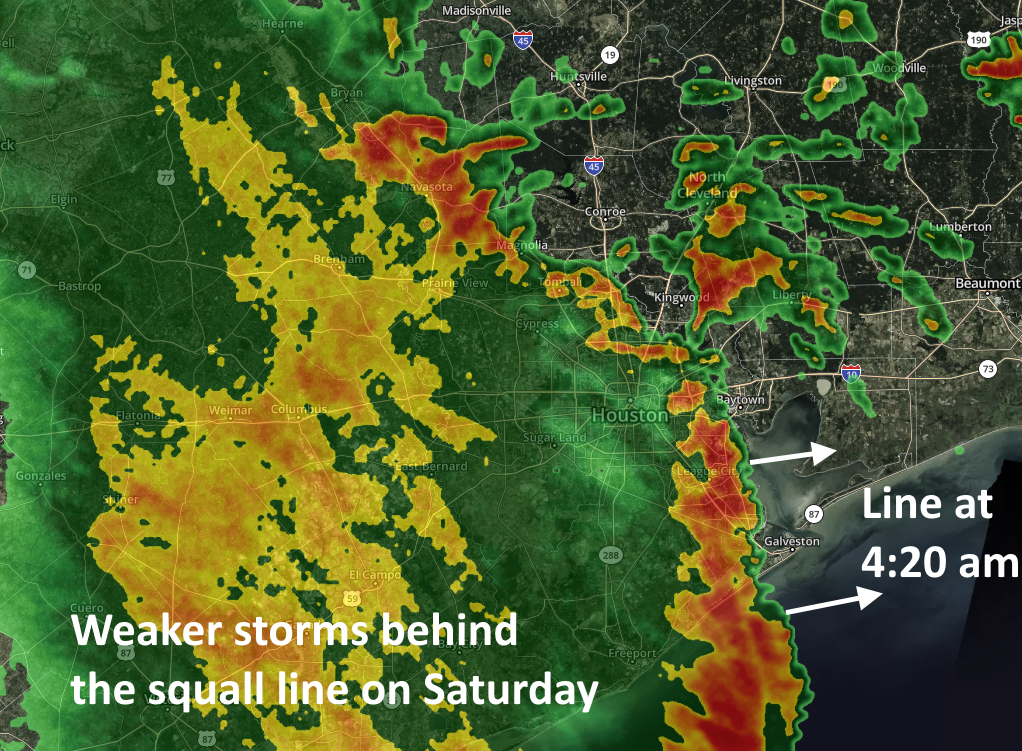 A lesser chance of showers and storms will persist through the overnight hours and into Sunday. The greater likelihood of development will be over Montgomery County and points north, away from the coast and areas hardest hit on Friday. Sunday should see partly sunny skies in addition to the possibility of some occasional light to moderate showers.

By Monday the drier air should take effect leading to sunnier days and clear nights. This should have the effect of dropping lows into the upper 60s, making for quite pleasant evenings and mornings. Our advice is to enjoy the relatively low humidity while it lasts.

11 thoughts on “Squall line clearing the Houston area, some showers may linger”