After a warm, and sunny week, we’ll see the potential for some more unsettled weather this weekend. The best chance of storms will come Saturday night, and if you’re planning outdoor activities this weekend Sunday looks to be the nicer day.

After days of sunshine, partly cloudy skies will return today. This will be due in part to an increased flow from the Gulf of Mexico—you’ll probably notice that in winds gusting up to about 20 mph this afternoon. Some scattered showers may pop up this afternoon, but overall I expect only about 20 percent of the area will receive rain. Highs today will likely top out in the mid-80s, and temperatures tonight will probably be about five degrees warmer than most of this week. Houston has had some spectacular evenings this week, but I’m afraid that kind of somewhat dry weather is about to go away as summer looms.

The forecast for the weekend is still a bit murky, with bust potential. By this I mean there’s definitely enough instability to fire off some severe storms beginning Saturday evening through Sunday morning (mostly hail and damaging winds), but there’s about an equal chance that the line of severe storms falls apart as it nears the Houston metro area. 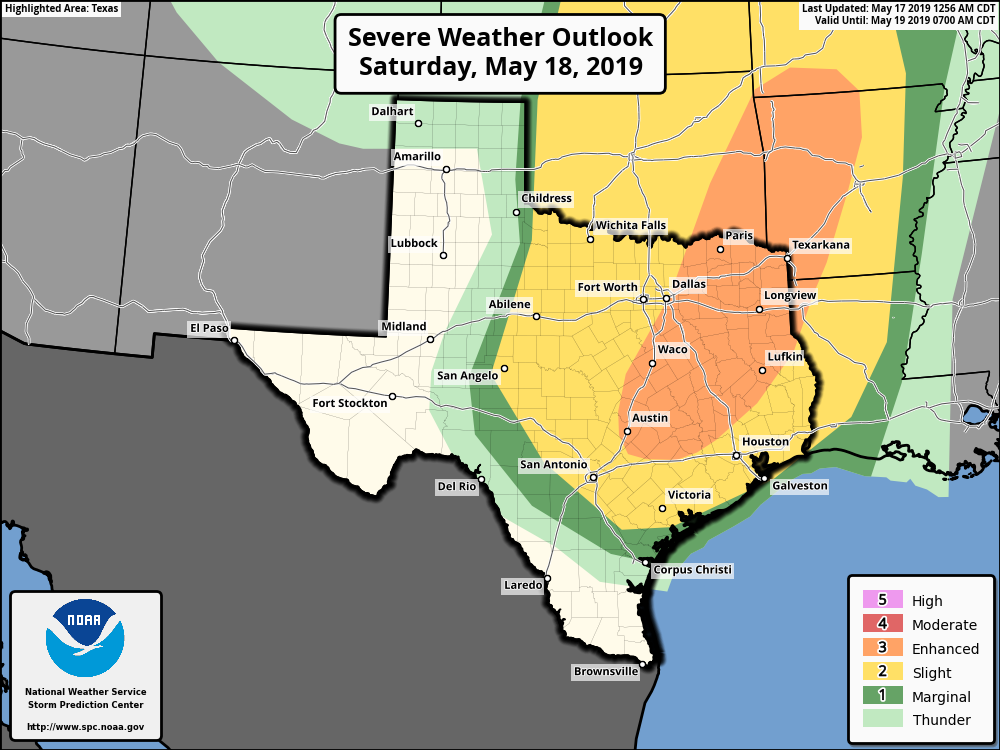 In any case, Saturday will be mostly cloudy, with highs in the mid-80s, and scattered showers throughout the daylight hours. Storm chances will pick up during the overnight hours as the aforementioned storm system moves from west to east. If you’re traveling to Austin, or anywhere on North Texas on Saturday you’ll definitely want to pay attention to the weather, because it is likely that strong storms will develop along Interstate 35.

Whatever ends up moving through the Houston metro area on Saturday night and Sunday morning should be short-lived, so we don’t have any major concerns about flooding, and accumulations should for the most part measure between 0.5 and 1.5 inches of rain.

After the storm system (or its remnants) move through Houston during the overnight hours, we probably will see some clearing skies in Houston on Sunday. If this happens, we likely will see highs in the mid-80s, which will be good for outdoor activities. There is a non-zero chance that we see a few showers redevelop in the wake of the storm system later on Sunday.

The forecast for next week is one in which summer begins to try and take hold of our weather, but doesn’t entirely succeed. As a result Monday and Tuesday look to be fairly warm, perhaps with highs near about 90 degrees, depending on the extent of sunshine we see. Rain chances will be low, perhaps in the 20 percent range. 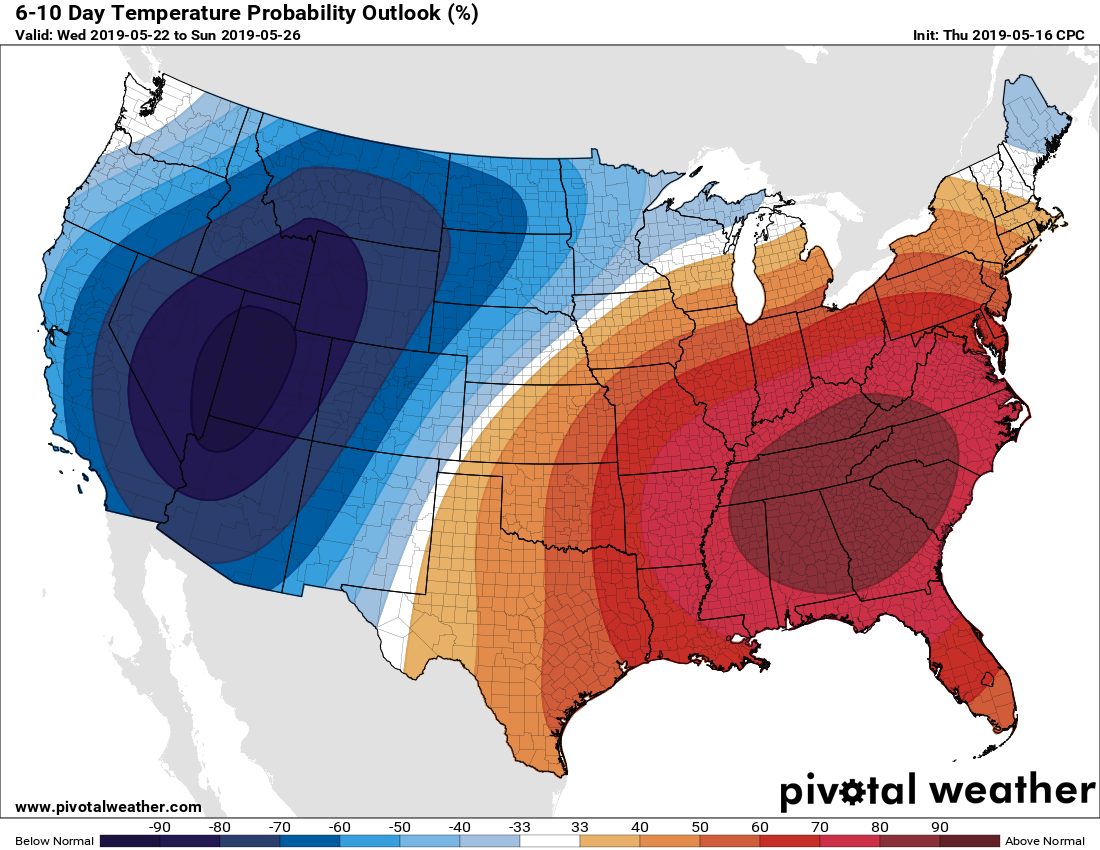 Temperature outlook for next Wednesday through Sunday. (Pivotal Weather)

Another storm system may try and work its way into southeast Texas by later Tuesday or Wednesday, and it may or may not make it as a large ridge of high pressure develops over Tennessee, Georgia, and the Carolinas. It looks like Houston will be on the periphery of this high pressure, so while we are likely to see warm temperatures, they may not be truly summer-like in the low 90s. We’ll see.

By the way, in case you missed it, Matt did a long post-mortem on our surprise hail storm last week that dives deep into the details.