Good morning—it’s a sticky one with low temperatures only in the 70s with nearly matching dewpoints. Persistent southerly winds are blowing, and will continue to do so today, amping up moisture levels in advance of a storm system that will move into the region this evening and during the overnight hours.

Highs will climb into the mid-80s today for most of us, under mostly cloudy skies. As moisture levels rise today, some scattered showers and thunderstorms will probably develop, but the real action should wait for the overnight hours and the passage of a cold front. Most model guidance agrees that some sort of squall line will dip into, and through Houston between midnight and sunrise on Wednesday morning. 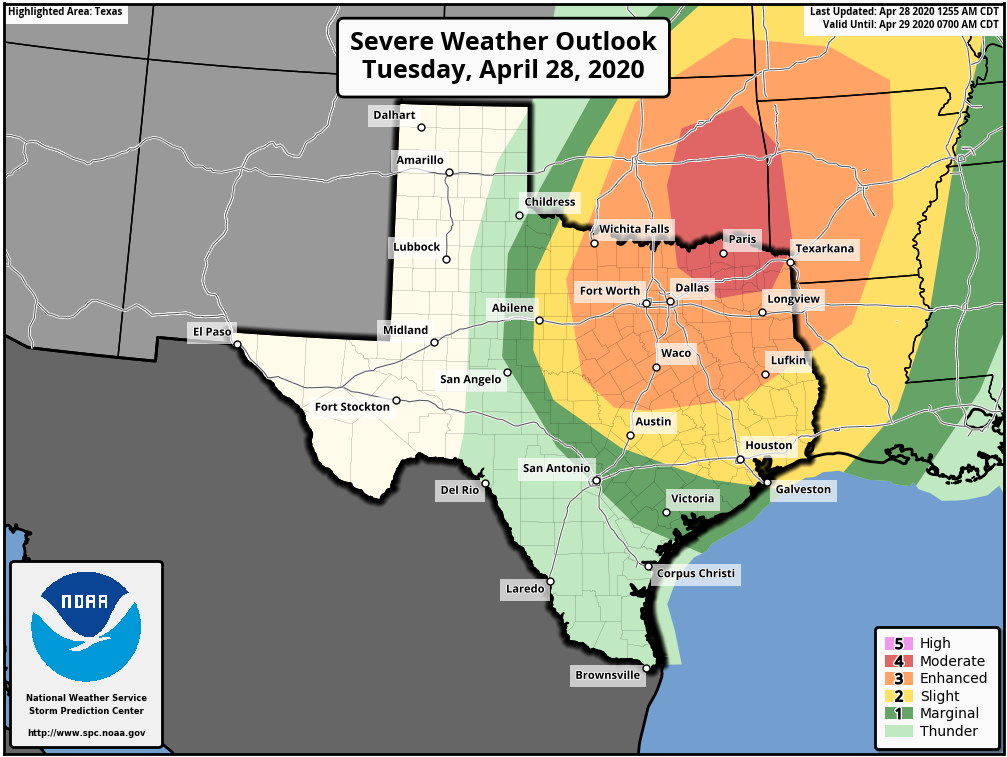 NOAA outlook for storms on Tuesday and Tuesday night.

The entire Houston region lies under a “slight” risk of severe weather, with the primary threat damaging winds, and a secondary possibility hail. Although these storms will be capable of producing heavy rainfall, they should move pretty steadily from north to south, precluding widespread flooding. 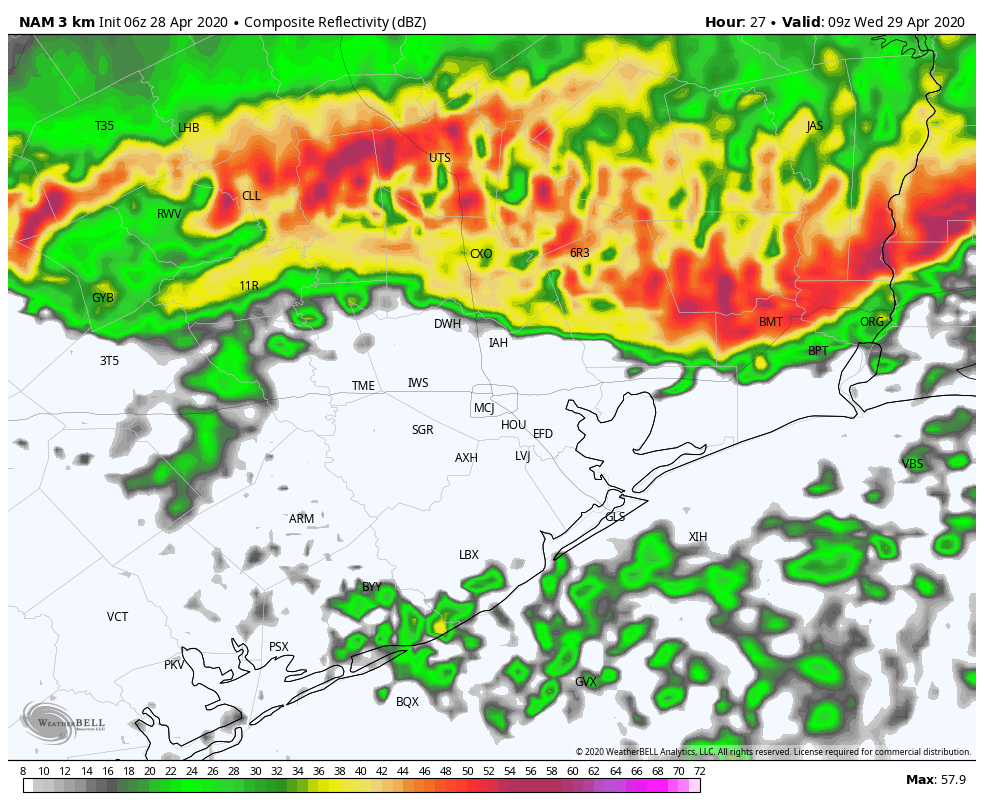 Rainfall amounts will undoubtedly vary, but most of the region should see about 1 inch, give or take. This will include areas near the coast that have been quite dry of late.

As quickly as Tuesday night’s storms spin up and push through, they should clear the coast by mid-morning Wednesday, with clearing skies by late morning or early afternoon. This will help temperatures climb into the low 80s despite a persistent northerly wind.

With clear skies, lows Thursday morning should be the coolest of the week, with temperatures probably dropping into the 50s for most of the region except the coast. Sunny skies will continue throughout the daytime, with highs reaching the low 80s, with another cool nighttime. 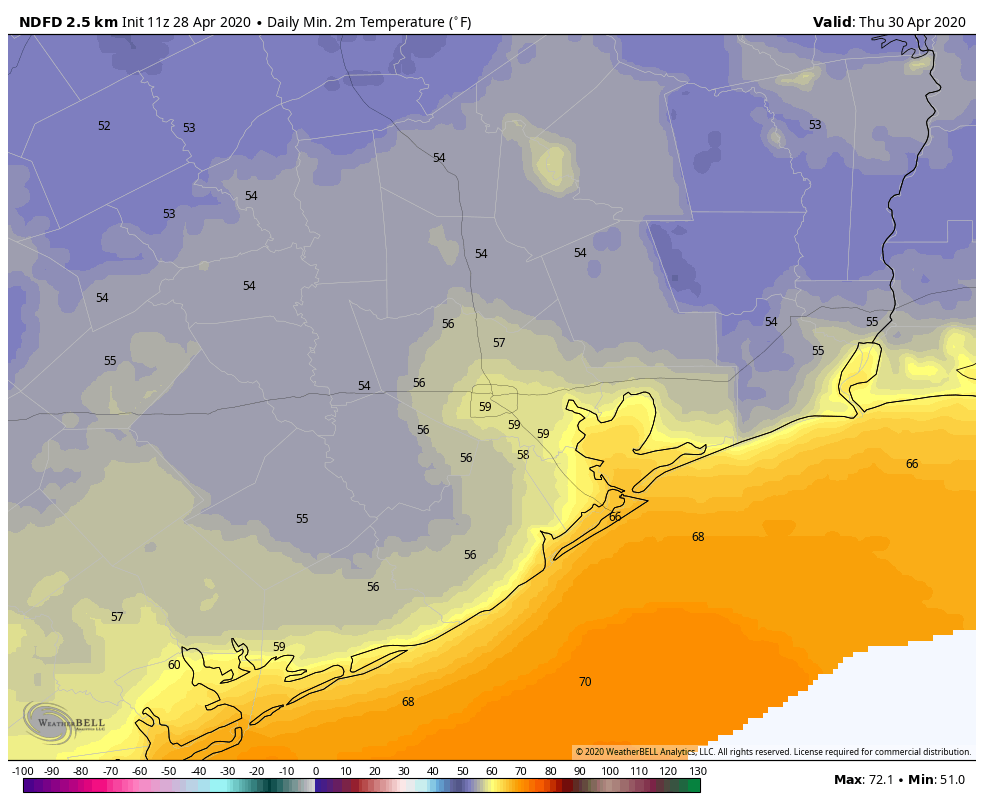 The onshore flow likely resumes sometime on Friday morning, and this will slowly begin to raise humidity levels. However, the air should still feel fairly dry on Friday, with highs likely settling into the mid-80s.

As we mentioned yesterday, Houston remains on track for a warm, humid, and mostly sunny weekend. These should be a pair of days where some parts of the metro area see highs in the low 90s—a healthy sign that we’ve entered May and summer is right around the corner.

This warming trend will continue through at least Tuesday, with another cool front likely to arrive in the middle of next week to bring some relief, and another decent shot at precipitation. There is the possibility of a reasonably strong shot of cooler air—for May, at least—but we’ll have to get closer to the front to have much confidence.

4 thoughts on “Storms Tuesday night may wake you up with winds, lightning”