We are firmly entrenched in a July or even August-type weather pattern with strong heat, high humidity. For those of us who wear glasses, this week has been a bit challenging in the morning when walking outside, as it’s like walking into a fog machine. We are going to start to see some changes, however, and they should begin slowly this weekend.

We expect that Friday will be similar to Thursday. Watch for perhaps a couple showers along the sea breeze in the afternoon. Otherwise, today will be just sunny and hot today, with high temperatures back into the mid-90s. For once though, it might actually feel “nicer” in Houston than in much of the Northeast and Midwest the next few days. 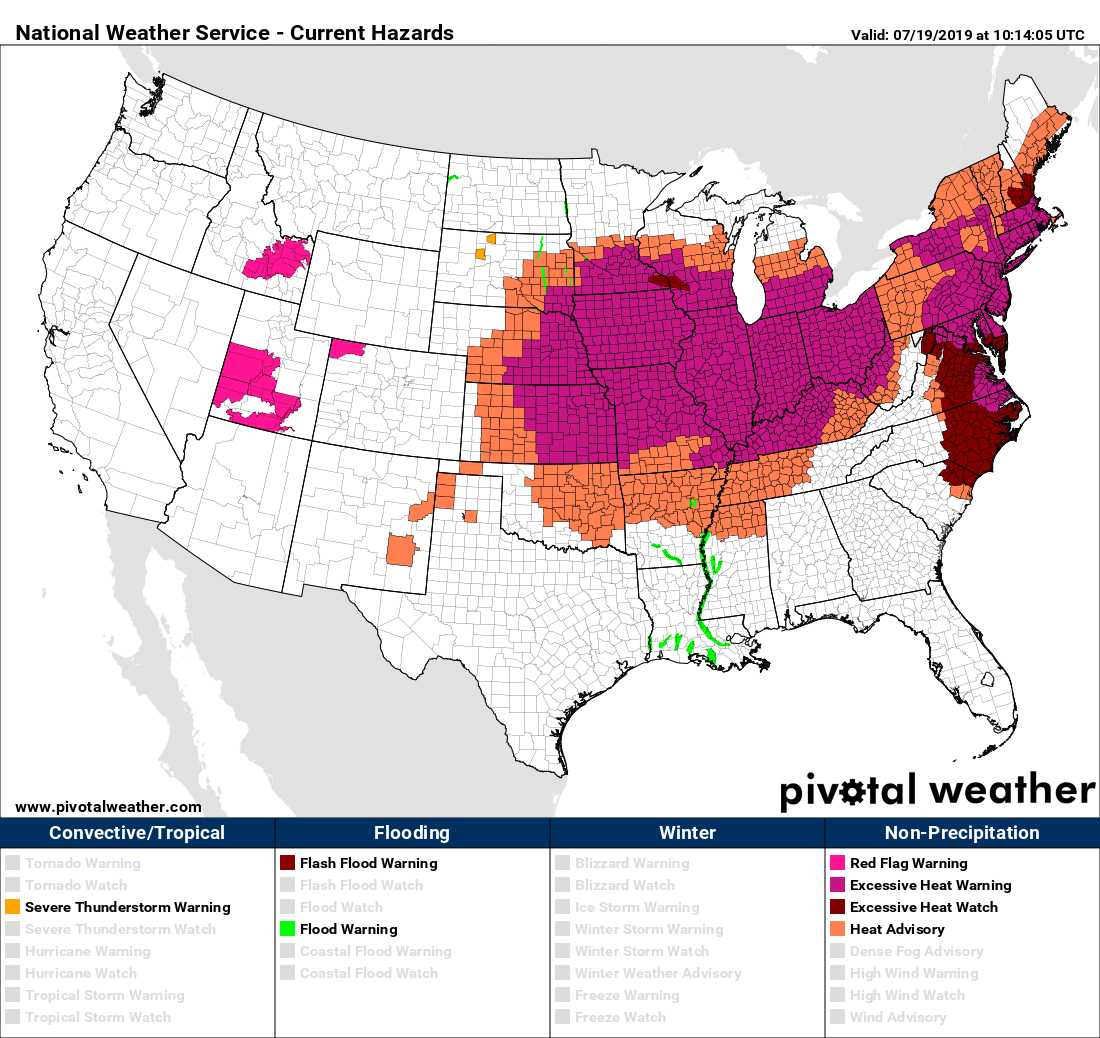 A rather large swath of the country is under Excessive Heat Warnings or Heat Advisories today and for parts of this weekend. Houston sees standard summer heat. (Pivotal Weather)

So we’ve got that going for us, which is nice.

While tomorrow and Sunday should be fairly similar to recent days, I do think we will have a very slightly better chance at seeing a few showers in parts of the area on both afternoons along the sea breeze. The slightly higher chance is probably on Sunday. After starting both days in the upper-70s, we will head into the low- or mid-90s during the afternoons. Have an umbrella handy to be safe, but your outdoor plans should be mostly fine I think this weekend.

A weak disturbance riding along the northern Gulf Coast from east to west will arrive in Houston Monday, likely boosting our odds for a few showers and storms just a little more to start next week. The best way I can characterize rain chances on Monday would be that if the weekend has about 20 percent chance, then Monday is probably about a 30 percent chance. We will warm from upper 70s to lower or middle 90s Monday afternoon again.

Eric did a good job yesterday touching on the idea that we might have some legitimate changes in the weather coming next week. We still see signs of a bonafide cold front arriving in Texas next week. What we are struggling to pin down is exactly how far south that front will go, as well as the timing of any additional disturbances moving through while that front is here. 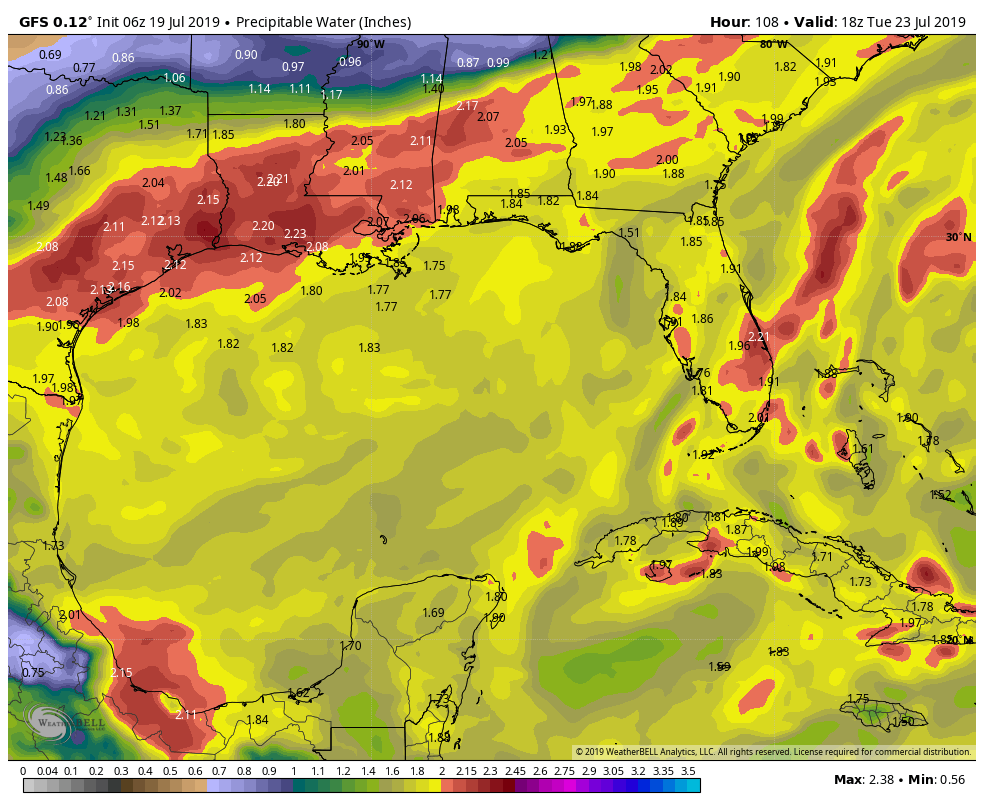 Precipitable water, or the amount of moisture available in the atmosphere for storms, ramps up Sunday and Monday, and by Tuesday (shown) will definitely support at least scattered thunderstorms. (Weather Bell)

Weather models are gradually coming into agreement that it will a close call. If you’re feeling lucky, embrace the GFS model, which drags the front basically across I-10 to just offshore, lowering humidity and providing a day or two of boosted rain chances. Then there is the Euro, which stops the front along I-10 right now. In that scenario, we end up with multiple days of rain and storm chances, cooler temperatures, and continued relatively high humidity.The bottom line next week is to expect some kind of change, be it cooler and wetter or cooler, less humid, and wetter. We will know a good deal more about this story on Monday.

6 thoughts on “Sunny & hot, but rain chances creeping back in this weekend”