It’s a rather humid morning outside—almost, but not quite summer-like with lows of only about 70 degrees—that offers prelude for the potential heavy rain and thunderstorms on Wednesday night and Thursday morning. Our weekend forecast still looks quite pleasant for late April.

A somewhat disturbed atmosphere may lead to scattered showers during the daytime hours for Houston, but any accumulations will be slight. Skies will be mostly cloudy regardless, and this should help keep a check on temperatures, limiting them to the upper 70s or 80 degrees. Tuesday night should be another warm and humid affair for the region.

Much of Wednesday should be similar to Tuesday, with a 20 to 30 percent chance of rain area wide, but things will change Wednesday night and Thursday morning, as a large line of showers and thunderstorms sweeps through the region from west to east. Right now, it appears as though this line of storms will push through between around midnight and sunrise, dropping between 0.5 to 2.0 inches of rain for most people, but we can’t rule out some isolated areas of 3 inches or a bit more. 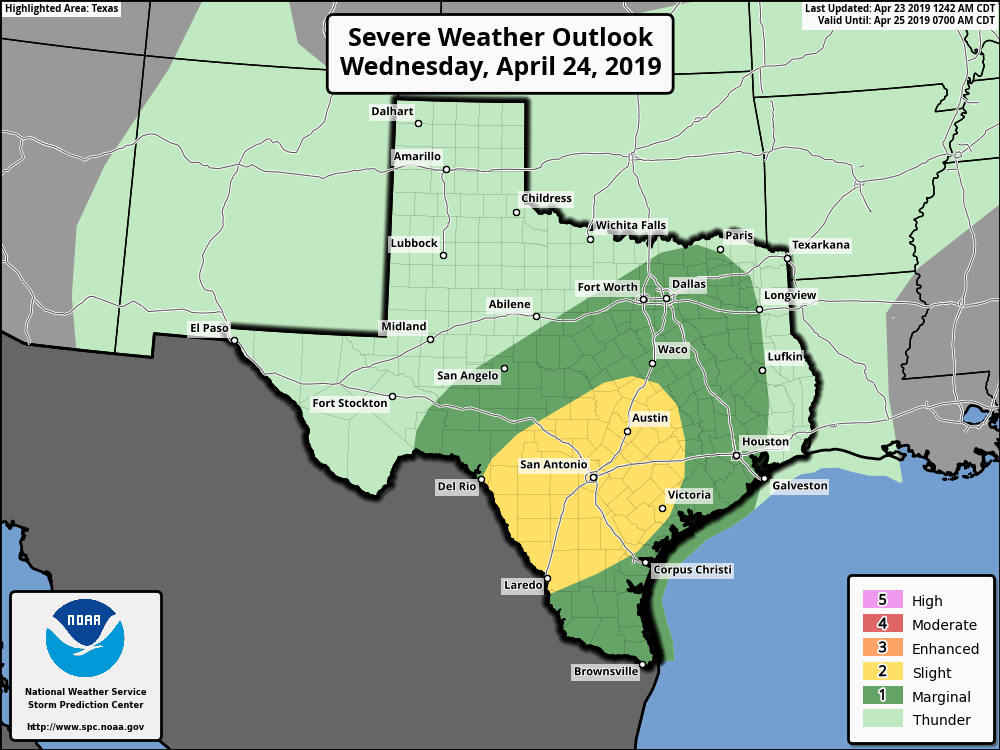 There is the possibility of some severe weather in the form of hail and thunderstorms, but atmospheric conditions will favor this more to the west and southwest of Houston (as shown in the forecast map from NOAA above), rather than over the metro area itself. Depending on the timing of this system, which is still subject to change, the worst of it could be over before Thursday morning’s commute begins, or the storms could still be moving though—let’s hope for the former. A few scattered, light showers remain possible later in the day on Thursday.

As drier air moves in behind Thursday’s system, Friday looks to be a really nice day, with highs in the low- to mid-80s, lots of sunshine, and decently cool night down near 60 degrees.

What does the coming weekend hold? The final week of April will see two major outdoor athletic events in the region, the BP MS 150 bike ride from Houston to Austin on Saturday and Sunday, and the Ironman North America Championship in The Woodlands. Fortunately, weather looks reasonably good for these events.

Saturday will be sunny, with highs in the low- to mid-80s. Winds, most likely, will be mild, coming generally from the south or thereabouts, at perhaps 5 to 10 mph. (Please note that wind forecasts this far out may very well change). Sunscreen will be in order, as the sun angle now is similar to that of late August.

Sunday will probably be a bit more humid, and there is also the potential for temperatures to climb into the mid- to upper-80s. Winds should be similar to Sunday—and if you’re riding into Austin on Sunday, conditions will not be much different there. So, hopefully, you’re looking at a moderate crosswind on the bike. 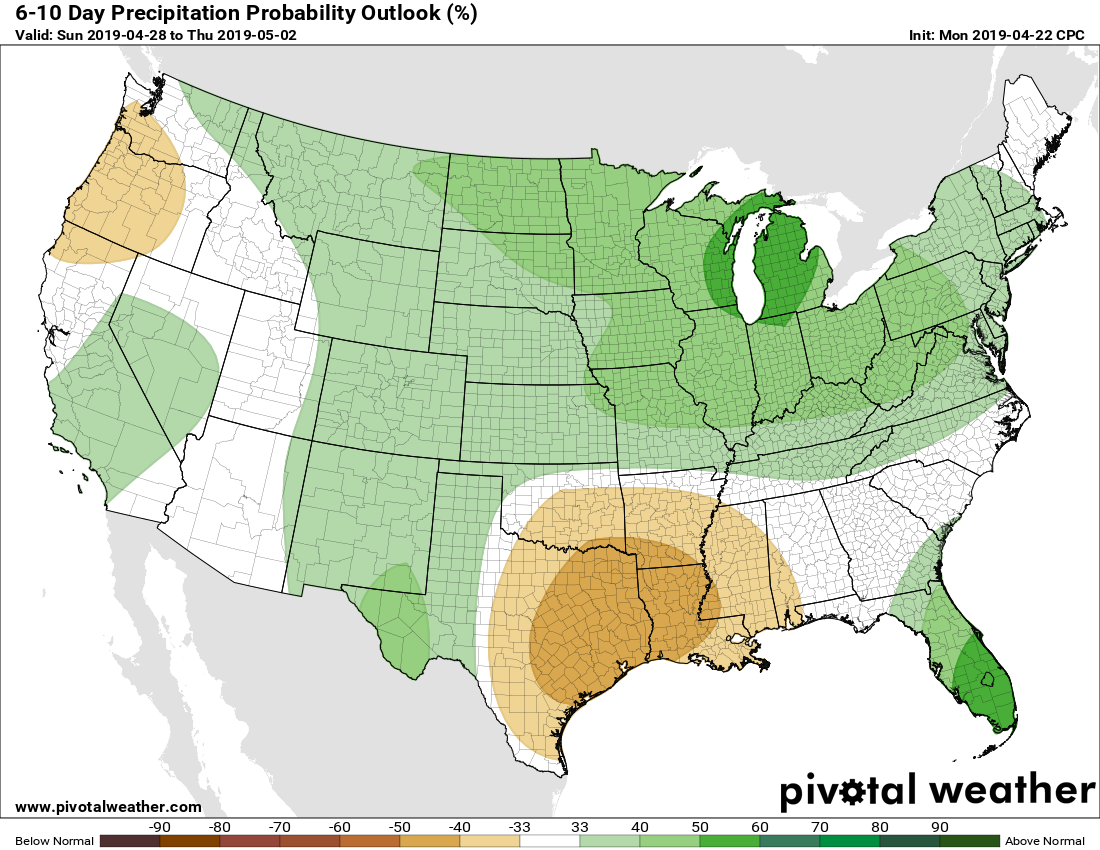 Most of next week looks fairly dry, with very limited rain chances, and warmish, with highs in the 80s. At this point I don’t see any signs of the next storm system after the one Wednesday night.

3 thoughts on “Tracking storms for Wednesday night, and a sunny weekend”