It’s a bit of a messy forecast for the greater Houston region Wednesday and Wednesday night, so let’s break it down.

For the most part during daytime hours, the metro area of Houston, including immediately surrounding counties, will experience mostly cloudy skies, with a 30 to 40 percent chance of light to moderate rain showers. In Houston, rains look most likely around noon before a break this afternoon.

However, in the Brazos Valley including College Station, we have concerns later this afternoon, as an atmospheric disturbance migrates northward and combines with an approaching front. At this point, high resolution models point to the potential for some fairly heavy rainfall from mid-afternoon through the early evening. We’d expect some areas to see 1 to 3 inches of rain, with isolated higher totals. 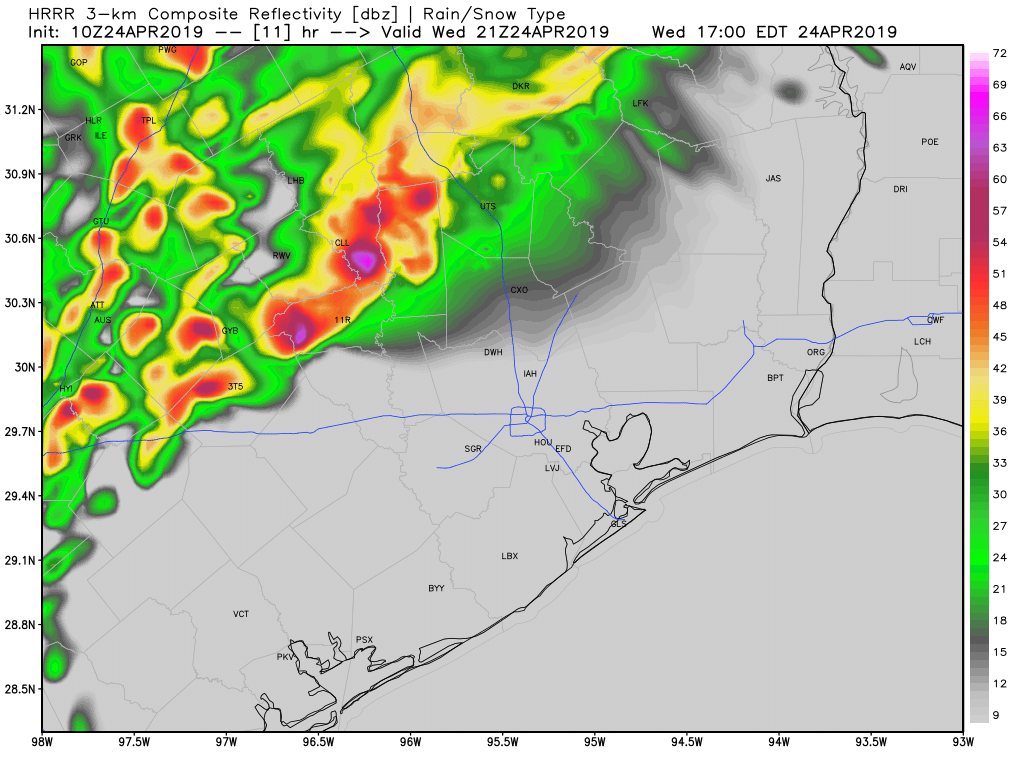 HRRR model forecast for radar at 4pm CT shows the kind of conditions were concerned about for the Brazos Valley. (Weather Bell)

For Houston, itself, stronger storms are unlikely to move into the region before sunset (or later) as a line of showers and thunderstorms pushed through from west to east. I’d guess this line reaches the western part of the metro area between 7pm and midnight, and pushes through the city during the overnight hours. For now, the best chance of storms (mainly a hail and damaging wind threat) appears likely north of Interstate 10. Rain totals of 0.5 to 2.0 inches remain likely in Houston from this system, although I’m not sure whether we’ll see a solid line of storms, or whether it will be broken by the time it reaches Houston.

The worst of the storms should be east of Houston by sunrise on Thursday, so barring a much worse than anticipated forecast, we don’t expect major impacts on rush hour. Skies should be clearing out by late morning or early afternoon, as a northwesterly flow brings drier air into the region. Look for highs Thursday around 80 degrees, with lows down around 60 during the overnight hours.

A splendid April day, with highs in the mid-80s, and lows down around 60 degrees. Low humidity, too!

The weekend forecast remains more or less on track. For Saturday, I think we’ll see highs generally in the mid-80s, with mostly sunny skies. If you’re participating in outdoor activities this weekend, the humidity will be somewhat lower than normal on Saturday, with a 5-10mph mostly southerly wind. Sunday will be a bit more humid, but still mostly sunny, with highs in the mid- to possibly upper-80s. 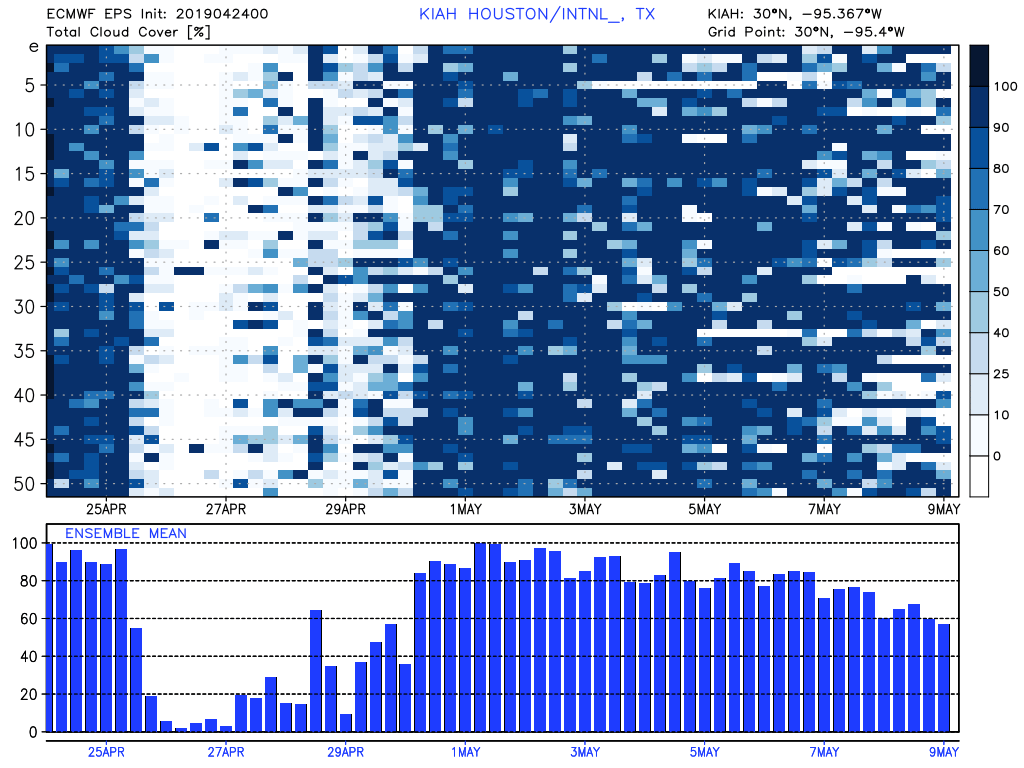 Houston will enjoy a nice block of sunny weather from Thursday through the end of April. (Weather Bell)

Some clouds will return by next Tuesday or so, and some slight rain chances will return by then or Wednesday, but we’re not seeing any real signals for the next round of spring storms. Sadly, there’s not strong signal yet for another cold front, and time is running out for us to hope for those as we near May.

11 thoughts on “Tracking storms today and tonight, with lots of sunshine after”