Good morning. It seemed to take forever, but a genuine cold front did drag into Houston on Monday. As the sun dropped, so did temperatures, with overnight lows ranging from about 60 degrees in northern areas such as Huntsville to around 70 degrees along the coast. It’s not cold, per se, but it’s cooler than we’ve been and the air is noticeably drier. A stronger front will follow to set us up for a beautiful fall weekend.

Skies should clear out later this morning, leading to a mostly sunny afternoon across the area. Highs will be in the low- to mid-80s, with a continuing light northerly wind. This evening should be splendid, with overnight temperatures Tuesday night perhaps a degree or two cooler than Monday night. 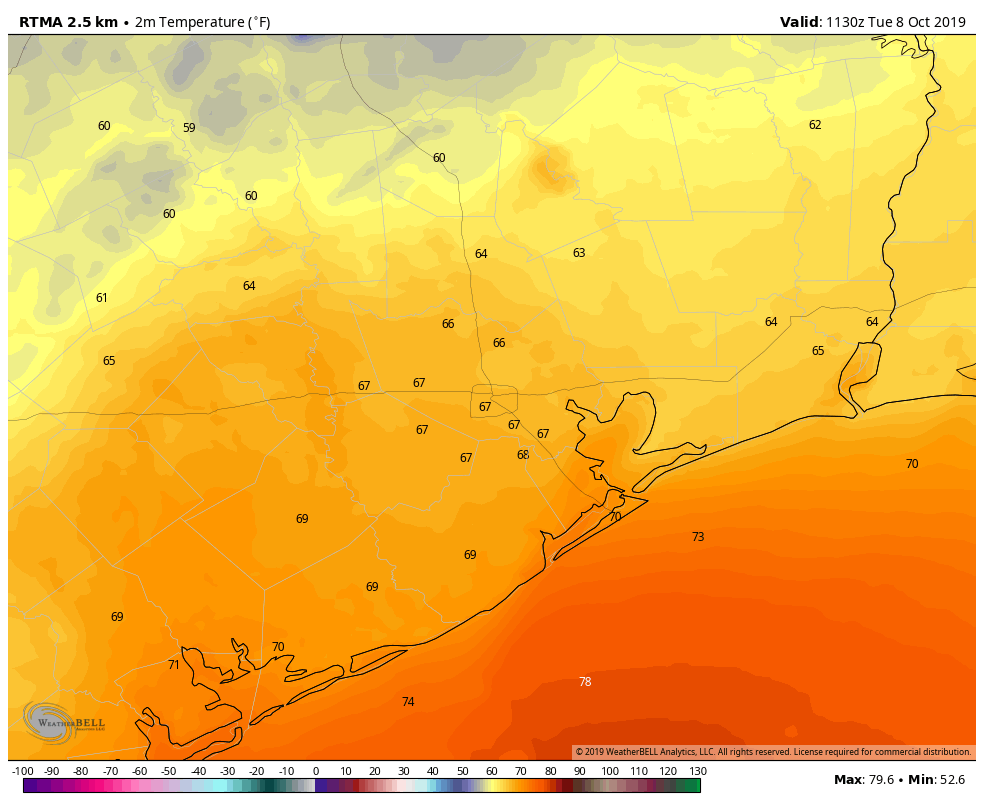 Temperatures on Tuesday morning are cooler, but certainly not cold. (Weather Bell)

By Wednesday morning, we’re going to begin transitioning back toward warmer, somewhat more humid weather as the onshore flow resumes. It won’t be unpleasant, for sure, but high temperatures should climb into the mid- or (more likely) upper-80s under sunny skies. Overnight lows will struggle to fall below 75 for much of the area.

Briefly, we’re going to return to the summer-like weather we experienced for most of September and the first six days of October. Look for highs of around 90 degrees with another warm and humid night, under mostly sunny skies.

Sometime on Friday, a stronger cold front will blow into Houston. Most likely the region will see some showers with the front, perhaps 50 percent coverage. While we can’t rule out a few stronger storms, much of the area will likely see two tenths of an inch of rain, or less. Daytime highs will depend on the timing of the front at your location, but it’s possible that some areas north of Houston fail to make it out of the 70s.

This is shaping up to be a glorious fall weekend, with highs in the 70s for the most part, and lows mostly in the 50s. Expect lots of sunshine and dry air. It’s a great weekend to spend time outside. 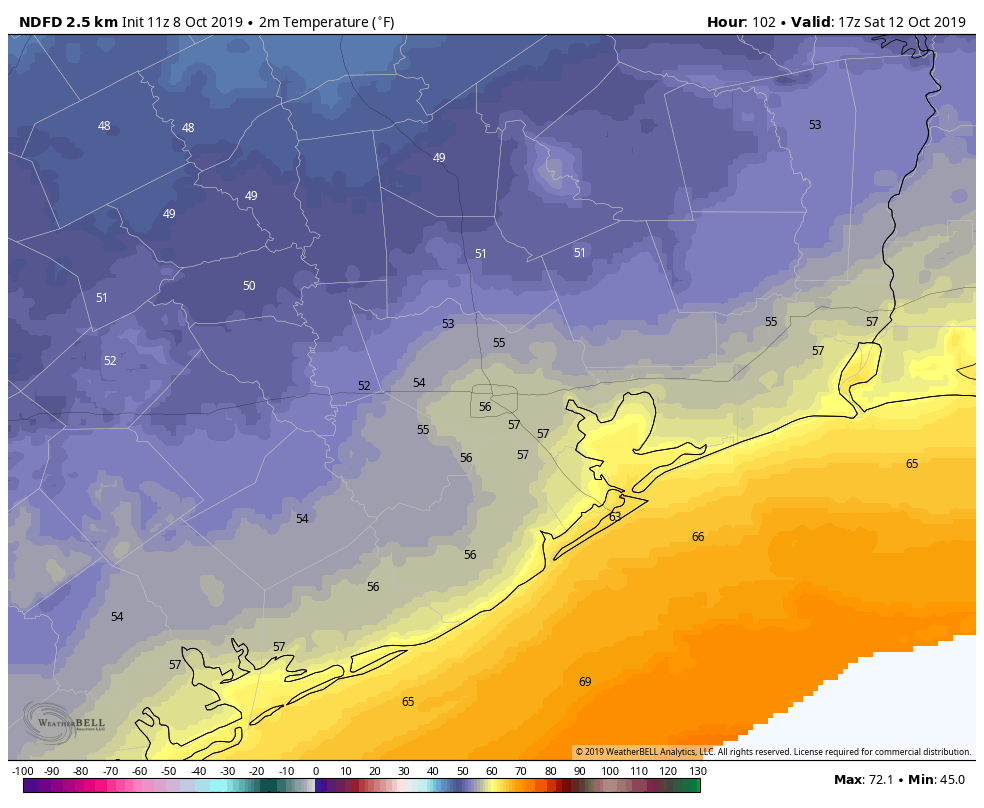 After our cool weekend, it appears as though late-summer-like conditions will return by Tuesday or so of next week, with highs returning to the upper 80s or possibly even 90 degrees. It’s not clear how long that pattern will last, but it seems likely to persist through most of next week.

A reader wrote me to note that thousands of Jewish families in the Houston area will be celebrating a holiday that is called Sukkot, during which they eat and sleep outdoors in temporary structures called Succos, from Sunday Oct. 13 till Monday the 20th. While the first couple of days look pretty nice for this, I’m afraid that the mid-week evenings will definitely have the potential to be pretty sticky. Light rain showers will also be possible, but right now we don’t see any signs of really heavy rainfall.