Good morning. Before we get into the forecast—which looks quite wet for much of next week—I wanted to mention the red and brown grime people noticed on their cars Thursday morning. It can be traced to a large dust cloud over northern Mexico, from which dust was transported in the atmosphere about 1 to 2 miles above the surface by a vigorous southwesterly flow, and then deposited by Wednesday night’s light rain over Houston.

Well, much of next week’s forecast is pretty grim. But after a chill start this morning (northern areas such as Conroe and Cleveland recorded a freeze with the clear skies) the rest of Friday will be quite grand. With mostly sunny skies we should expect to see high temperatures of around 70 degrees. The only blemish on the day will be winds building from the southwest, possibly gusting as high as 20 mph. Skies Friday night will be mostly clear, with lows getting down to around 50 in Houston—cooler north, and warmer along the coast. 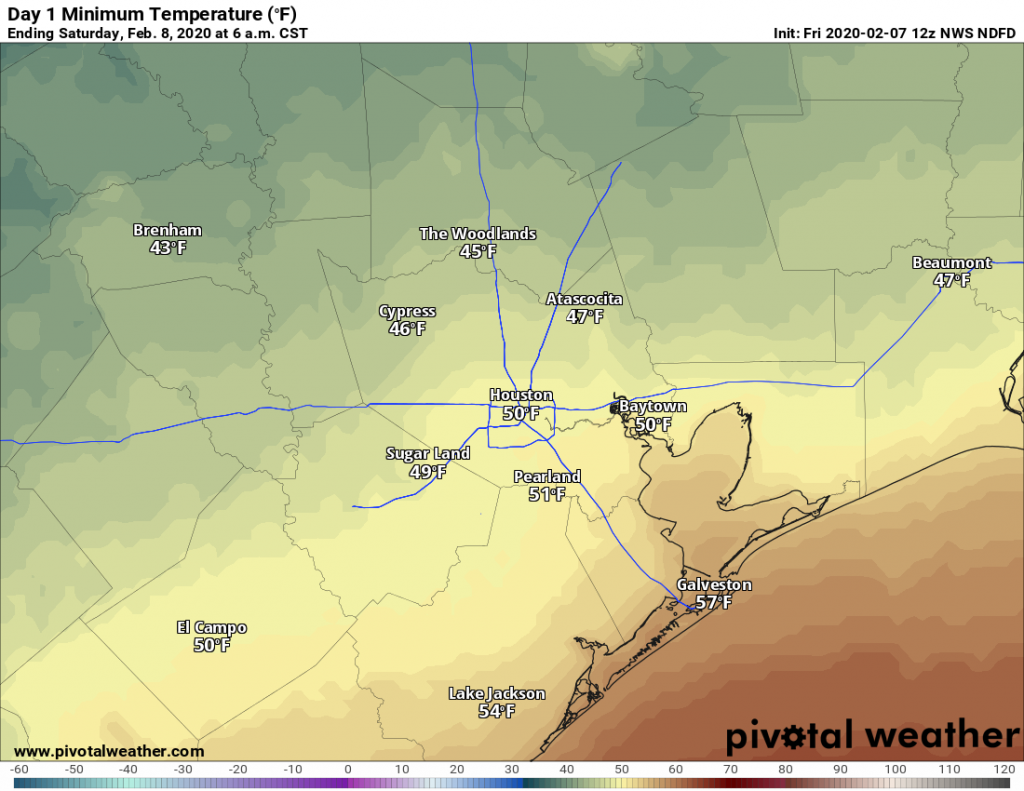 Low temperatures Friday night will be quite a bit warmer. (Pivotal Weather)

The morning will likely dawn with full sunshine, but I think we’ll see a mix of clouds and sun later throughout the day. Some very light rainfall will be possible during the afternoon hours, but I expect most everyone will stay dry. High temperatures will again get up to around 70 degrees. I’d expect temperatures on Saturday night to be about 10 degrees warmer than Friday night, as we enter a warmer, wetter, and more humid period for the region.

We may still see some flashes of sunshine on Sunday, but for the most part this should be a cloudy day. I think rain will hold off throughout the morning, but during the afternoon, and especially the evening and overnight hours the region will see a pretty good chance of mostly light rain as a weak front sags down through Texas toward the region. Highs Sunday will be mostly in the low 70s, with overnight lows perhaps only falling into the mid-60s.

We have a lot of questions about next week, which should yield several wet and humid days before a stronger front finally sweeps through in the middle of the week, perhaps later on Wednesday or Thursday morning. The big picture is: 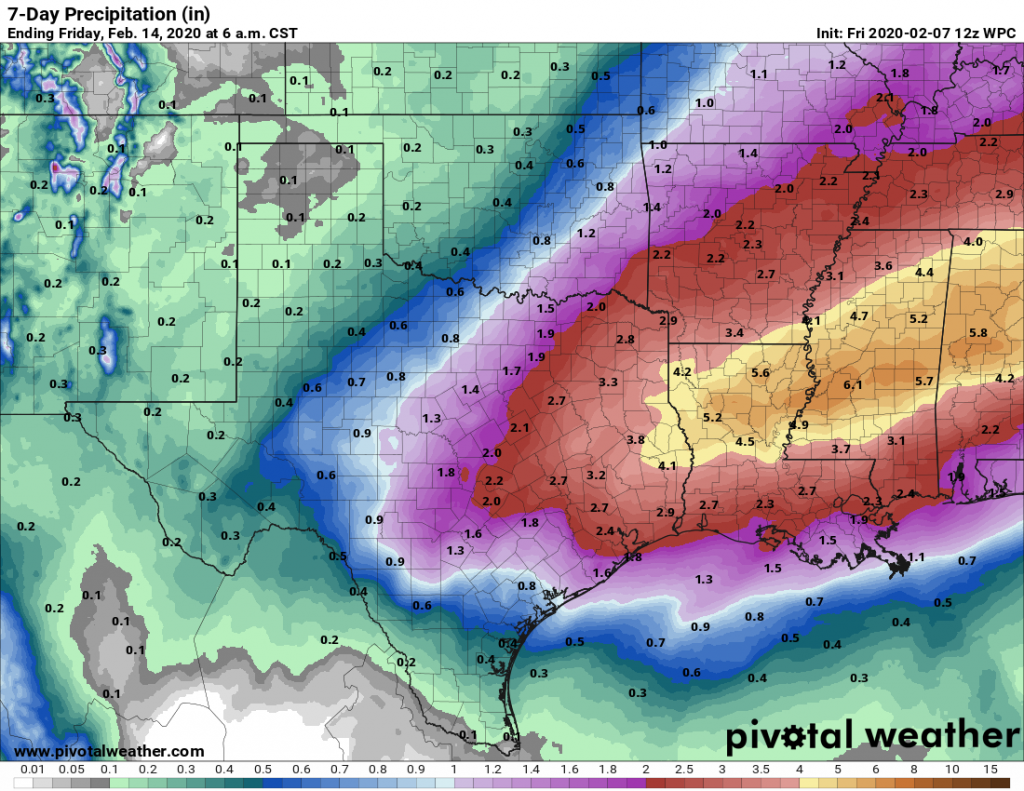 Effectively, this means most days next week will have highs in the 60s and 70s, with overnight lows in the 50s and 60s. Rain chances probably peak on Wednesday, and overall accumulations through Thursday of next week probably will be in the neighborhood of 2 or even 3 inches for most areas. For now, models are clustering the higher rainfall totals north of Interstate 10, but I’m not overly confident in that. That stronger front should bring some clearing skies and cooler weather by Thursday or so. But finer forecast details than this will have to wait until Monday’s post.