The first half of this week will be messy, with slow-moving and stalling cold fronts leading to high rainfall chances and mostly muggy weather. The second half of the week should be clear and cool before unsettled weather returns for the weekend. (We also answer a question we’ve received several times this weekend—is this going to be a bad hurricane season for the Gulf?)

Temperatures are incredibly warm (about 70 degrees) and muggy this morning, and will remain so today as highs get into the mid-70s under cloudy skies. Throughout the day a front will sag into into the region just northwest of the metro area (see map below), and this will serve as a focus for moderate to heavy rainfall for places such as College Station and areas north of Highway 105. However, the Houston metro area is unlikely to see more than a couple of tenths of an inch of rain today. 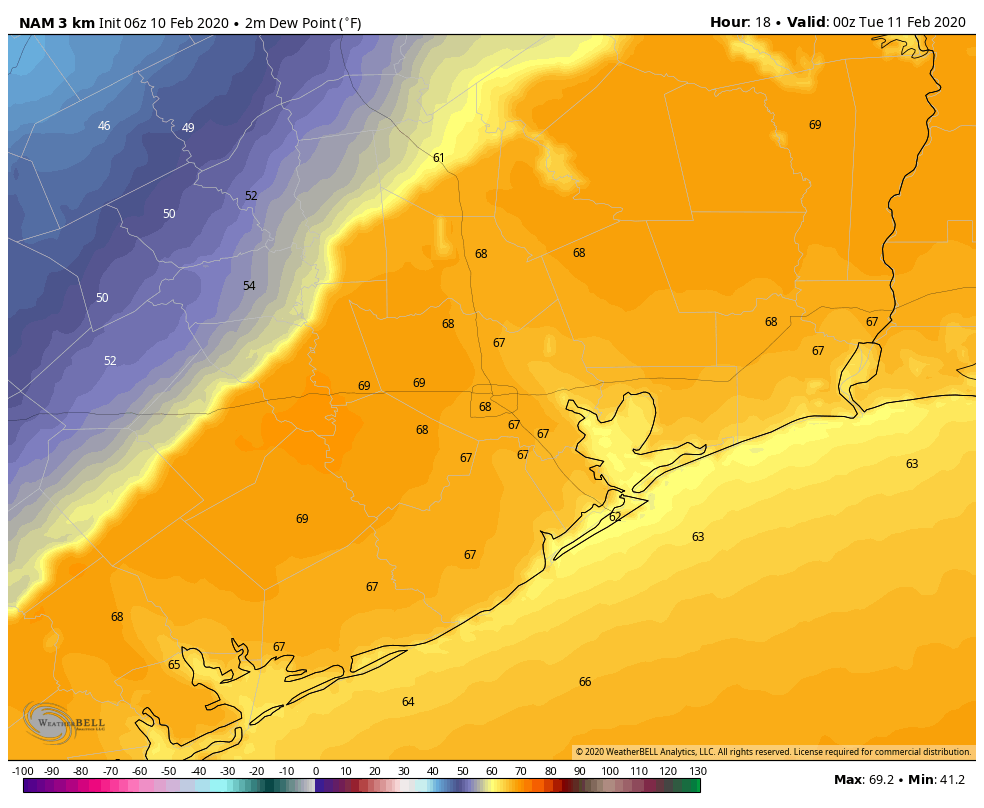 The front finally pushes through Houston, to the coast, during the overnight hours. This should allow lows in the Houston to drop into the 50s, with light rain. However, almost as soon as the front reaches the coast at sunrise Tuesday, it probably will lift back inland—almost as if Mother Nature were playing an accordion. The bottom line is that light to moderate rainfall chances will continue on Tuesday, especially to the north of Interstate 10. And local temperatures and humidity will vary greatly due to the position of the front. Fog may also be an issue near the coast.

A stronger front should shove through on Wednesday, perhaps around noon or during the afternoon hours, bringing an end to the rainfall and dropping temperatures and humidity. Conditions on Wednesday remain dependent on the front, but I anticipate highs will get to around 70 degrees for most areas. 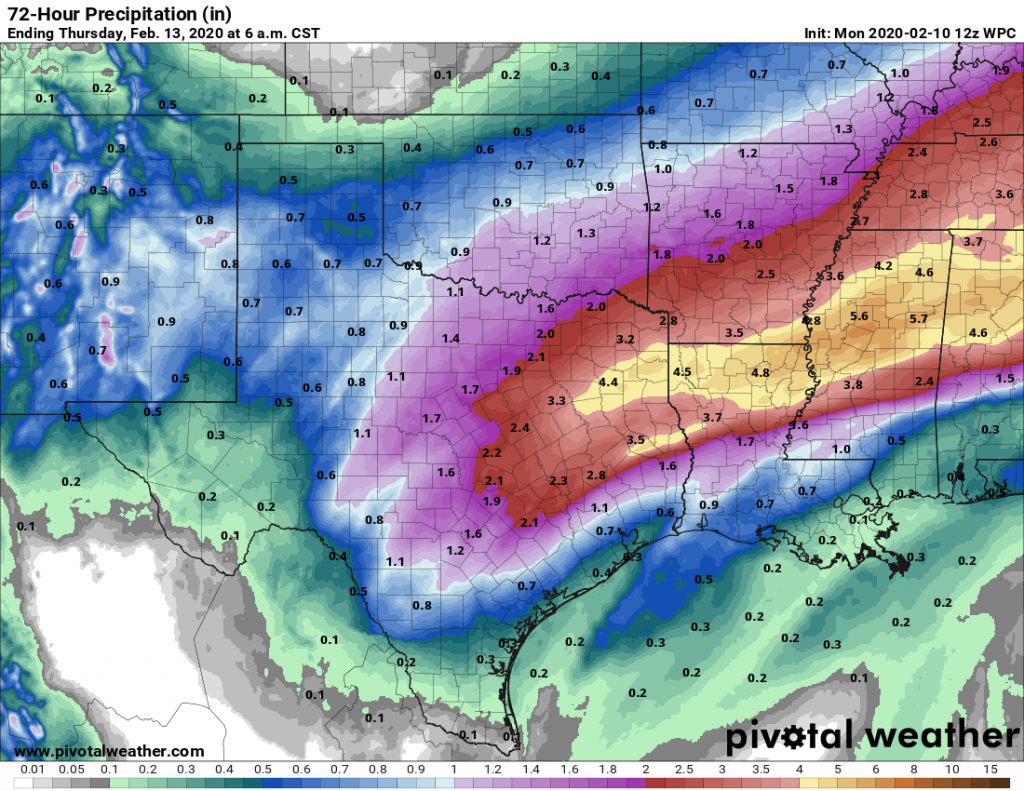 Heavy rainfall is possible this week, but it will be mostly north of the Houston metro area. (Pivotal Weather)

These should be sunny, cool days with highs of around 60 degrees, and lows Thursday and Friday nights somewhere in the 40s for most of the area.

We have a lot of questions about the weekend forecast, and no great answers. We can reasonably expect highs to climb back into the 60s and 70s this weekend, and the return of clouds. However, the models are fairly split on the possibility of rain chances, with some showing and inch or two of rainfall from Saturday afternoon through Sunday night, and others nothing more than a smattering. If you have weekend plans, hang with us as we try to tighten the forecast in a day or two. Most of next week looks warmish until a front arrives.

The Atlantic Hurricane season remains months away, but Houston TV forecaster Frank Billingsley created a bit of a storm this weekend with a sensational headline “Another hurricane forecast and it’s not good—are we in for another 2008?” The article is based on work by an engineer named Dale Link, who has no credibility within the scientific community, and therefore really is not worth the coverage. 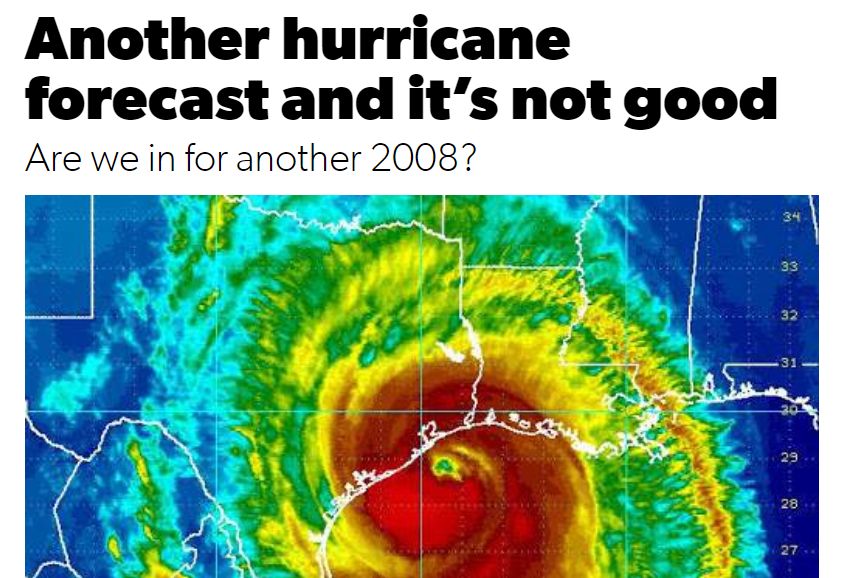 Honestly, we are a full six months from the busiest part of the Atlantic season, and predicting conditions now, for then, is beyond our capability. Who knows, maybe Dale Link has cracked the code. But I doubt it. And it’s certainly not getting worked up about in February.