Based upon an average of temperatures from 1980 through 2010, which establish so-called “normal” temperatures for the Houston region, the very warmest time of year runs from July 27 through August 20. During this 3.5-week period the average high temperature at Bush Intercontinental Airport is 95 degrees, and the low is 75 degrees. (The comparable period for Hobby is July 22 through August 22). These are the absolute dog days of summer, with hot, humid days, and warm, sultry nights. However, there are some distinct signs that fall is not all that far away, most notably our shortening days—our 13 hour, 37 minute length of day now is nearly 30 minutes shorter than a month ago at the solistice.

We don’t have great confidence in the forecast for this morning, however we do expect less coverage in showers and thunderstorms than the region saw Sunday, when a few areas south (hello Pearland!) and southeast of the city saw up to 1.5 inches under fairly strong storms. Rain chances today will probably be less than 20 percent, with isolated, mostly short-lived storms. Highs will likely climb into the mid-90s with mostly sunny skies. Lows Monday night will only fall into the upper 70s. 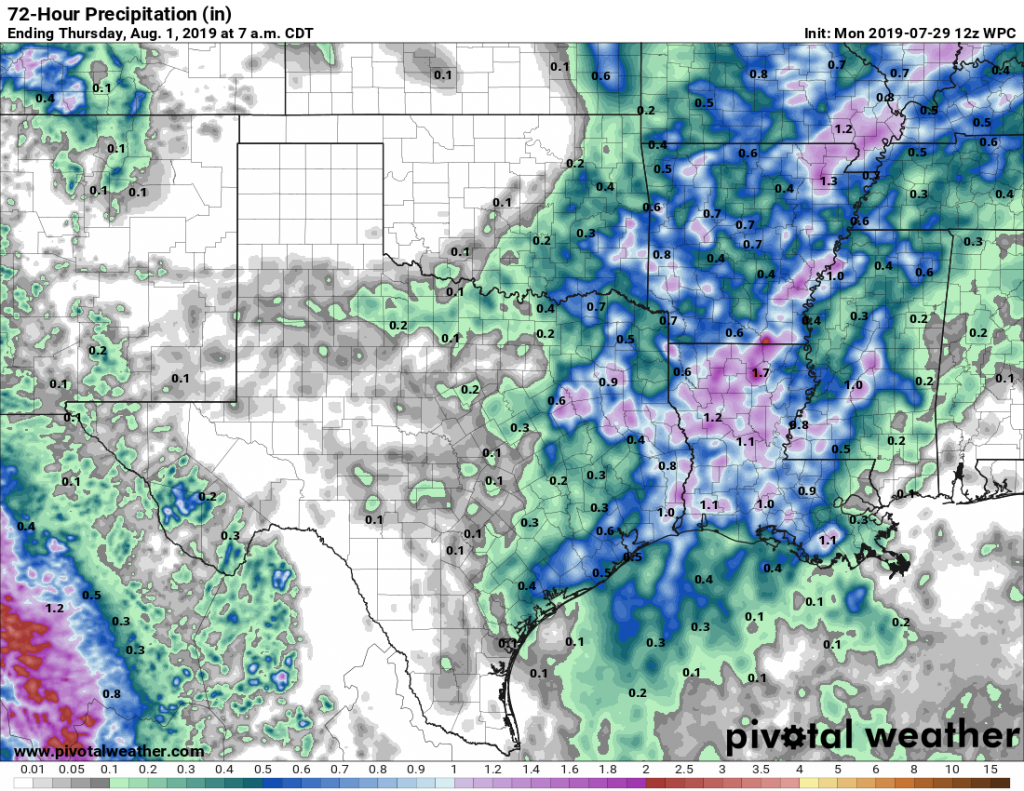 Rain chances will be a little higher on Tuesday and Wednesday, with a bit more of a disturbed upper atmosphere helping to force some lift at the surface. I’d peg rain chances at both days around 40 percent for areas between Interstate 10 and the coast, and 30 percent for inland areas. On average, accumulations will be less than one-half an inch, but there probably will be some outliers that pick up more. Highs in the mid-90s.

Thursday through the weekend

Houston will fall into a more typical summer-time pattern at least through the Sunday period as the region gets squeezed between high pressure to our northwest, and low pressure to the east. This should lead to highs in the mid-90s, with mostly sunny skies, and a small chance of afternoon showers setting up along the sea breeze. If you have outdoor plans for the coming weekend, tentatively, they look pretty good to go.

The National Hurricane Center is citing the area from the eastern Caribbean Sea to the Florida Peninsula for potential development over the next five days. While this is likely to make for a wetter pattern over Florida this weekend, the most likely path for whatever—if anything—that develops will be toward Florida, and then toward the northeast. In other words, the western Gulf of Mexico should have no concerns. 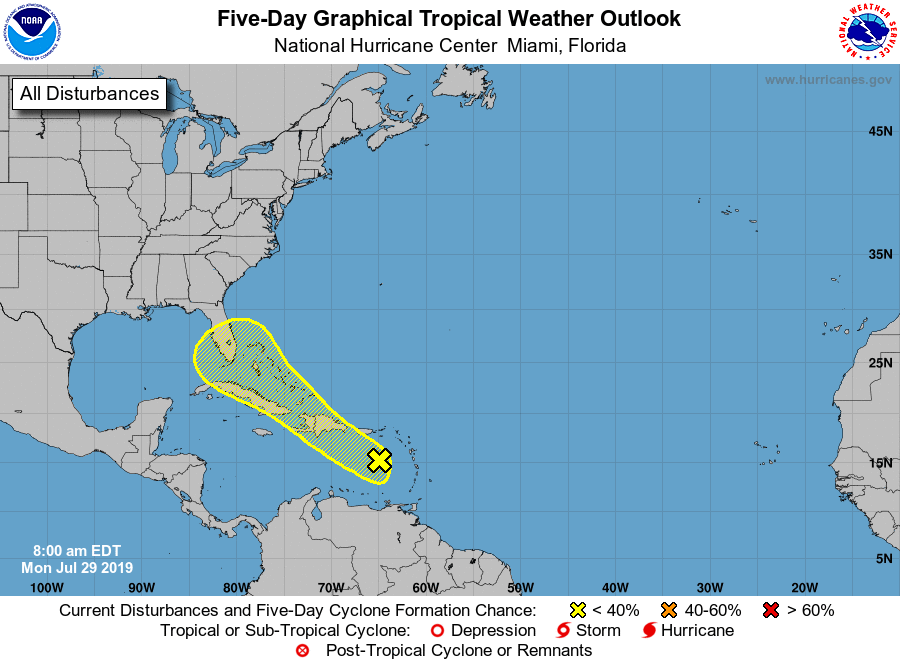 With that said, there are signs that the “African wave train” is about to come online, when we begin to see the classic August and September pattern of tropical storms forming from waves moving off of Africa, into the Atlantic Ocean, and traversing westward toward central and north America. We’ll be watching for you.

13 thoughts on “Welcome to the peak of summer, Houston”