As noted Monday, Houston has reached the peak of summer. However, we’ve yet to record any 100-degree days. The highest mark recorded at Bush Intercontinental Airport has been 97 degrees, which the city has reached three times. This isn’t all that abnormal, as we usually see most of our 100-degree days in the coming month or so. But still, it is another indicator that, so far at least, conditions for Houston during the summer of 2019 have been fairly moderate. With that in mind, here is some 100-degree day climatology for the city of Houston:

It does not appear as though we will see any 100-degree days this week, although we can’t entirely rule that out. Mid-90s are most likely, however. 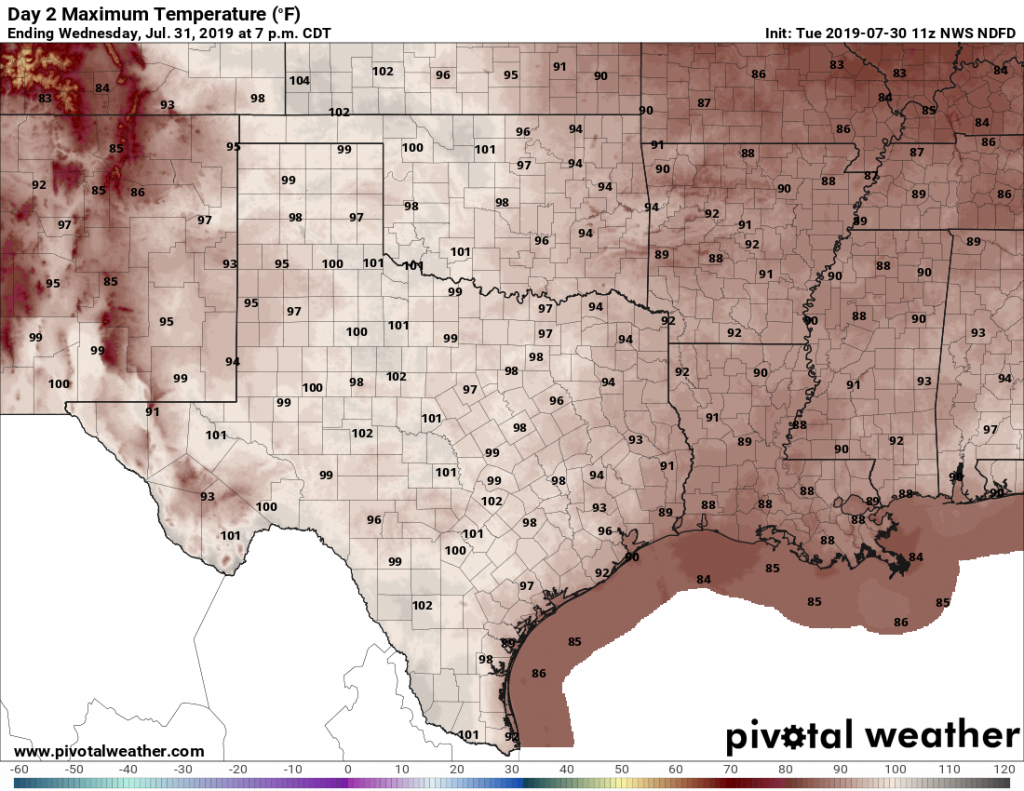 There will be plenty of 100-degree marks in Texas on Wednesday, but Houston is unlikely to be among them. (Pivotal Weather)

Today will see a pretty healthy chance of storms; with a combination of daytime heating in the mid-90s for most of the region, plenty of atmospheric moisture, and an upper level disturbance sliding into the area this afternoon and evening. High resolution models suggest the better rain potential will be to the east of Interstate 45, but truthfully the entire region will see at least 40 to 50 percent rain chances, especially from about 3pm to 10pm. We probably will see a few bullseyes above 1 inch, with more widespread average of a few tenths of an inch. Lows tonight will be in the upper 70s, with very warm conditions along the coast—Galveston established a record high minimum Monday with a morning low of only 84 degrees, breaking the previous record of 83 degrees set in 2013.

These will be sunnier days, with highs again in the mid-90s. Rain chances will dial back a bit, but still should rise to about 30 to 40 percent during the afternoon hours. Accumulations, again, will likely be measured in tenths of an inch for areas that do see rain. 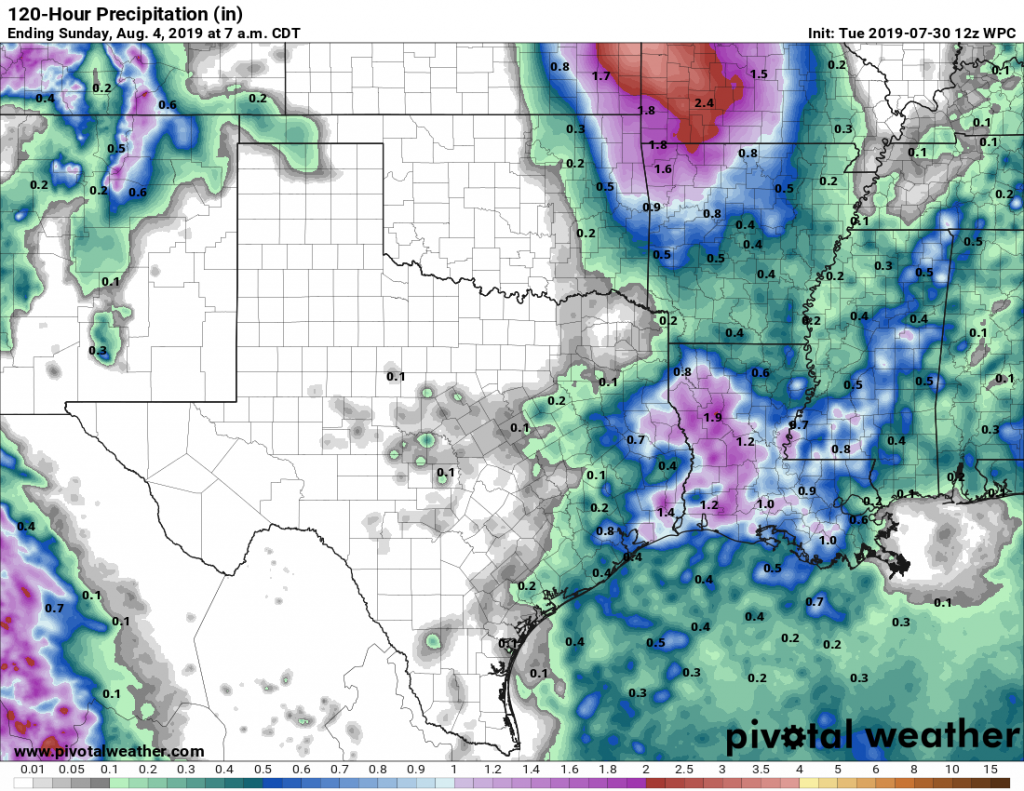 Better rain chances this week will come to the east of Houston, over the Beaumont area. (Pivotal Weather)

Sunny and warm, with highs in the mid- to upper 90s.

The weekend still looks mostly sunny, with only slight 10 to 20 percent rain chances during the afternoon hours. The big question is temperatures, and these are days that parts of the metro area may well tick into the upper 90s, and possibly threaten the century mark. Either way, it will be hot, so if you have outdoor plans, please stay hydrated.

The overall pattern doesn’t change a whole lot next week, as we continue to see a mix of heat and low to moderate rain chances. For now, I’m happy to report that there’s nothing too extreme on the horizon.