A thin, broken line of showers pushed through Houston this morning ahead of a cold front that is now moving through the region. Skies are already clearing on the west side of the region, and should clear out for all of Houston later this morning. We’ll now have a few sunny days before clouds return later Saturday or Saturday evening.

The name of the game today will be winds. Because air pressure will change over a relatively short distance, we’ll see vigorous northwest winds today, and the National Weather Service has issued a wind advisory through 6pm. Conditions won’t be too extreme, but gusts of 30 to 35mph will definitely make for a blustery day as high temperatures struggle to get to 60 degrees. Lows tonight will be clear and cold for the city, although should remain comfortably above freezing. 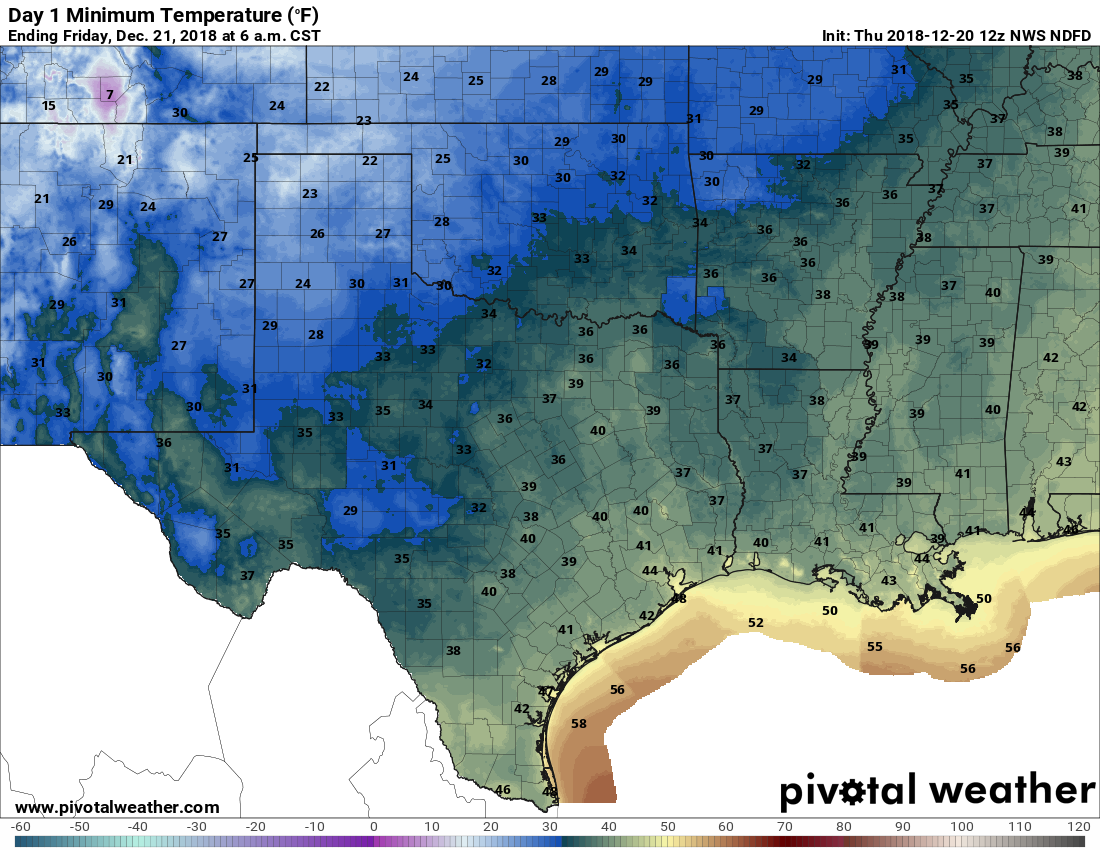 Friday morning will be chilly across Texas. (Pivotal Weather)

Winds should dial back overnight, making for a pleasant day Friday. Look for sunny skies, with highs around 60 degrees. Temperatures Friday night should be a degree or two warmer than Thursday night, but conditions will still be clear and cool.

This should be a really nice day, with a high temperature in the low 70s, light winds, and mostly sunny skies. Some clouds will likely return during the afternoon hours, as the onshore flow returns to the area. Lows Saturday night will probably not get much below the mid-50s.

Despite more widespread clouds, Sunday should still see high temperatures near 70 degrees. It looks like a weak cold front should limp into the region, and push just off the coast Sunday evening. Some slight rain chances could accompany the front, or linger in its wake. In any case, lows probably will remain in the 50s as there won’t be much oomph with this system.

Christmas Day and beyond

As we’ve been suggesting, Christmas Day will be a warmish affair. Lows that morning probably will range from the upper 50s to lower 60s, and daytime temperatures will likely fall between the upper 60s and lower 70s. (It could be worse, we’ve have a couple of 80-degree Christmas Days in recent years). With mostly cloudy skies we can’t rule out some light rain. 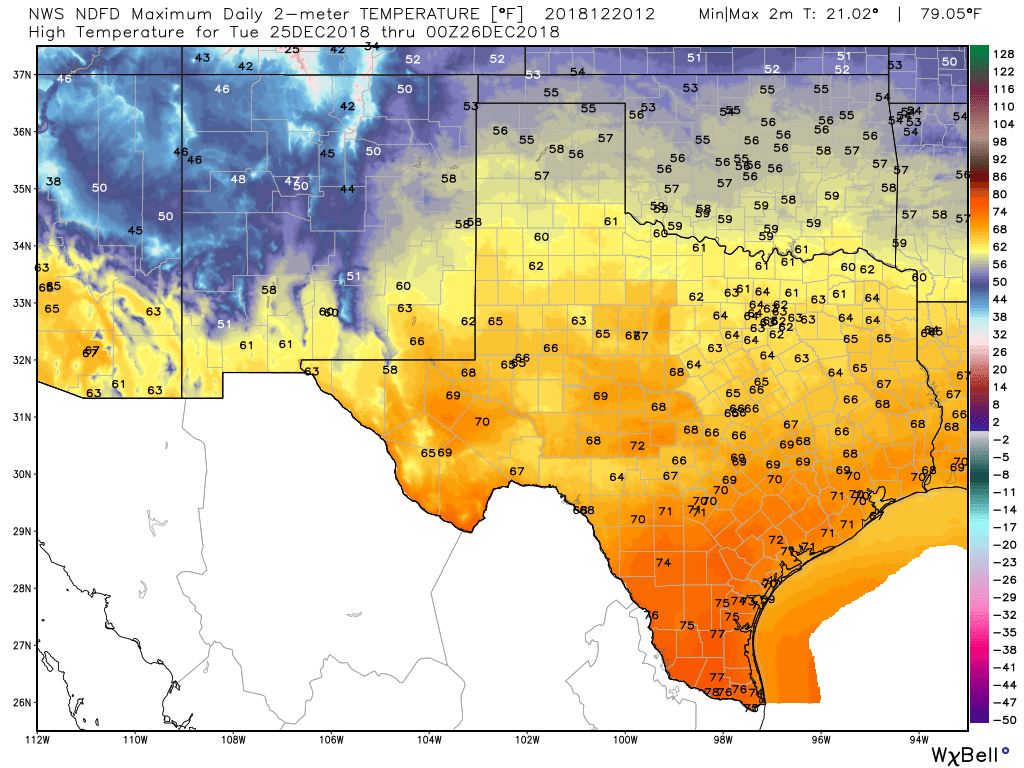 The Valley could see an 80-degree day on Christmas. (Weather Bell)

This gray, warmer weather will likely persist through at least Wednesday, and maybe a bit longer, before a stronger front arrives to cool the region down later next week. The timing of the front is up in the air, but this probably will be another frontal passage where we see an inch or two of rainfall. At this point next weekend looks colder, but we’ve got a ways to go with the forecast.

9 thoughts on “Windy today, with a nice first half of the weekend”