Showers associated with a low-pressure system have generally moved east of our region, and now we await the arrival of a strong cold front later this afternoon that will be blustery. This will bring a freeze to parts of Houston, perhaps even most of the city, by Tuesday night. I’ll say it—Winter is Coming.

Temperatures will climb into the upper 50s today before the arrival of a front this afternoon; probably around 1 or 2 pm for central parts of the city and a little later along the coast. For the most part this should be a dry front, with only scattered rain showers, and these will end regardless later this afternoon. From that point temperatures should begin to fall as winds gust above 25mph in the city, and perhaps above 35mph along the coast bringing in chill northerly air. There is a wind advisory in effect from 2 pm Monday through 6 am Tuesday for the coast. It will be blowing out tonight. 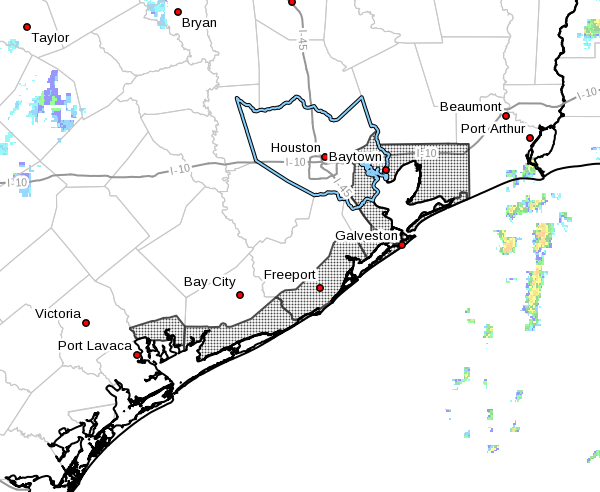 Overnight low temperatures should generally remain in the mid- to upper-30s for the Houston area on Monday night, but with the winds it will feel quite cold outside. Wind chill temperatures for Tuesday morning will feel like the 20s for much of the region.

This will be a cold day, with highs likely only in the mid- to upper-40s for most of Houston. All day, winds will blow out of the north bringing chilly air into the region. Skies will become mostly sunny during the daytime, but some thin clouds could redevelop high in the atmosphere during the overnight hours. This, ultimately, will determine how cold temperatures get Tuesday night. The following map represents a reasonable “worst-case” for freezing temperatures in Houston on Tuesday night, assuming mostly clear skies: 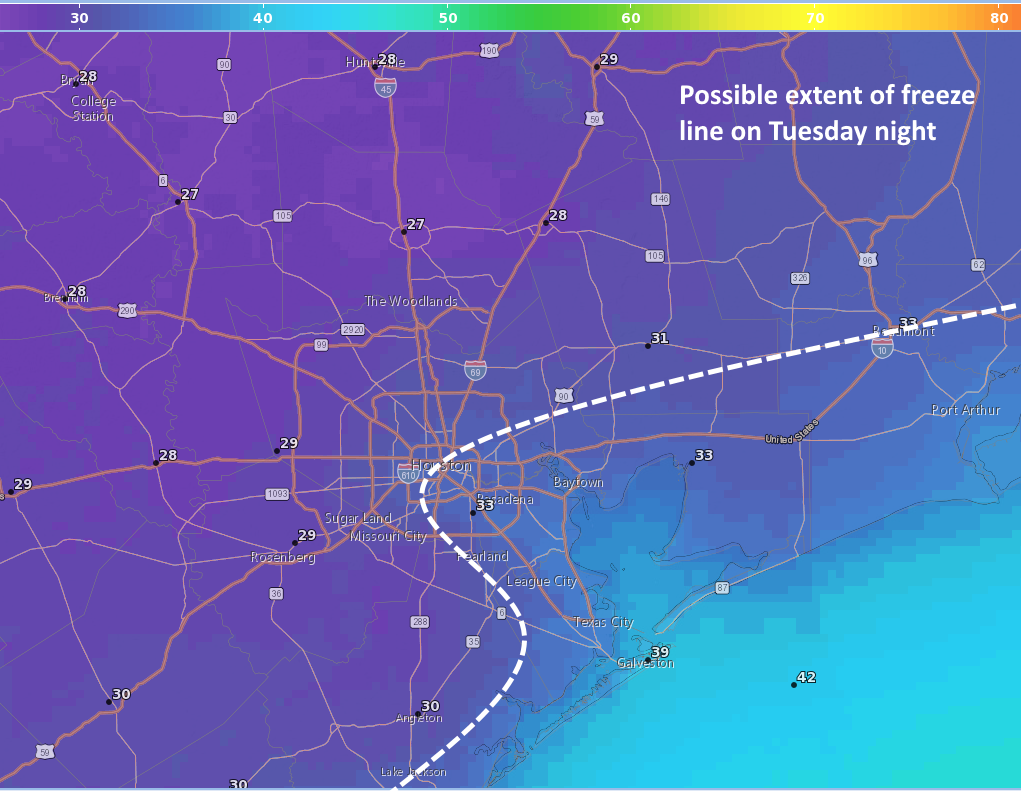 We should see a moderate warming trend, with mostly sunny skies, for the rest of the work week, with high temperatures around 50 degrees on Wednesday pushing into the mid-60s on Friday. Another light freeze is possible for northern areas on Wednesday night, but we should be in the 40s after that.

Sunny skies seem most likely to remain in place for the weekend, with highs in the mid-60s and overnight lows in the mid- to upper-40s. This continued absence of rain should allow the more sodden parts of our region a full week in which to really dry out.

Texas winters can be unexpectedly chilly, especially without a properly functioning heating system. Take the time to ensure your system is ready to take on this cold weather and in good working order to run as efficiently as it should. Reliant provides heater tune-ups as well as repair services to keep your family relaxed and staying warm.

Whether you have a gas or electric heater, a few conscious energy choices and a small effort to prepare your home can make a big difference in your electricity bill. Reliant has the following tips to share:

For more tips, visit this site.