We have registered many complaints from readers (and, frankly, ourselves) through much of 2018 regarding the timing of dreary weather on weekends. Well, here you go: A good one!

March will go out like a lamb, as today and tomorrow look truly splendid. Expect sunshine both days. We’ll warm today into the upper 70s, before cooling back on average into the upper 50s tonight (warmer at the coast and cooler inland). Look for us to top off around 80 degrees on Saturday.

No changes to our going forecast here. We should see onshore flow resume, which should allow for a subtle increase in humidity levels. But it will be partly to mostly sunny much of the day, with temperatures warming from the lower 60s into the lower 80s. Rain chances remain near zero. Enjoy it!

Monday should start the transition back toward active weather. We should see more clouds than sun and a minor chance of showers. It will be a muggy morning Monday (mid or upper 60s), warming back to around 80 degrees Monday afternoon. Details in the forecast seem to break down on Tuesday and Wednesday. We’ll probably get another round of showers and thunderstorms, though it should pale in comparison to what we saw on this past Wednesday night. 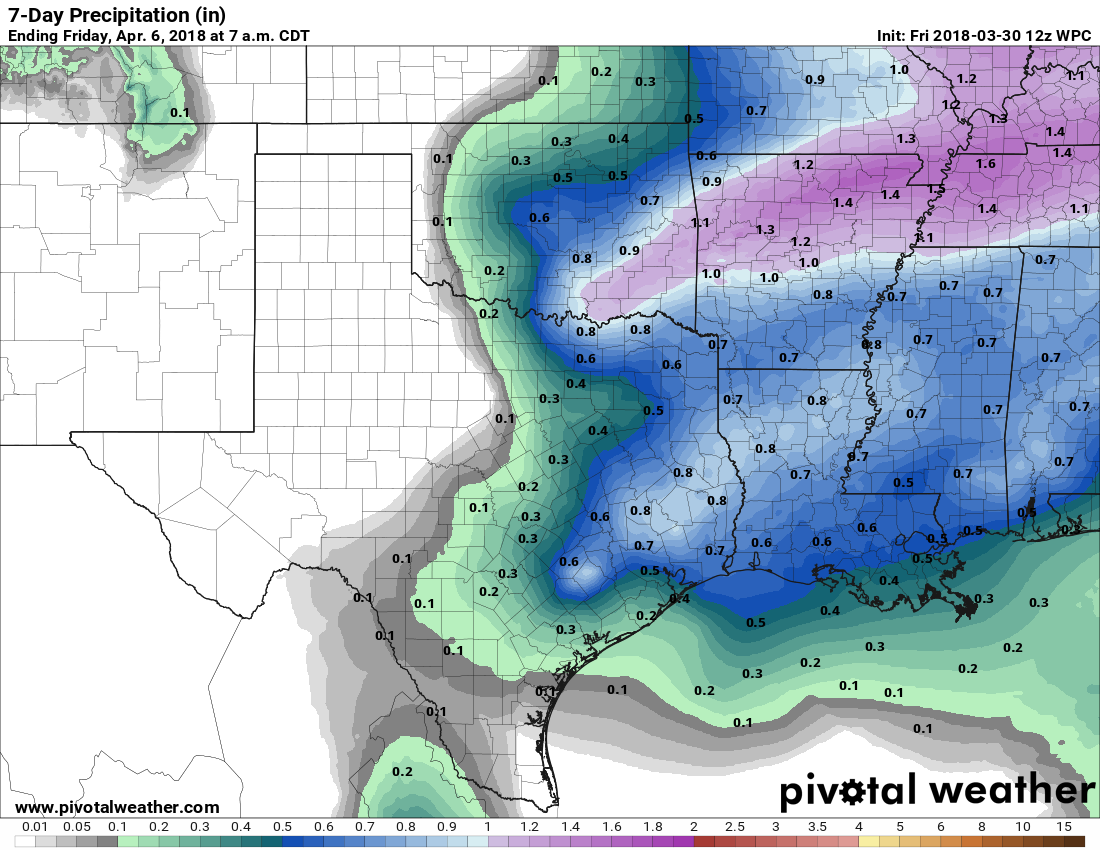 Total rainfall through next week is on the lower side at this point, but we’ll continue to watch for a chance of storms Tuesday and/or Wednesday. (Pivotal Weather)

Still, a bit more rain will be on the way. Tuesday night into Wednesday morning looks like the focus of things today, but that could change. We’ll freshen this forecast up on Monday when some of the details come into better focus.

Peach Creek at Splendora up in Montgomery County has risen to major flood and caused a number of problems last night with vehicles being swept off Faulkner Road just west of Cleveland. Flooding continues up that way, but it appears Peach Creek is either cresting or has recently crested and water levels should begin to fall. 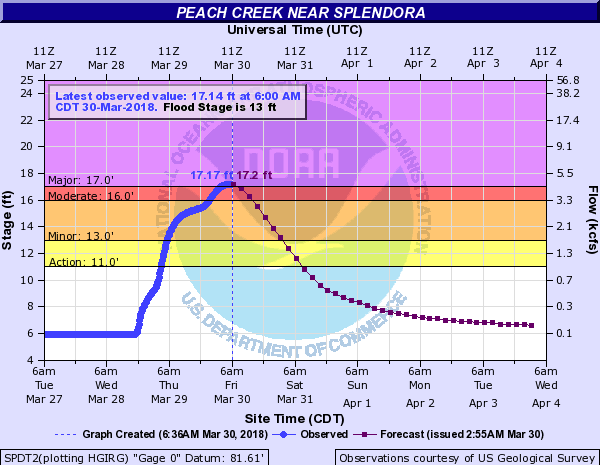 Another good chance to remind folks that if it’s avoidable, never drive through flooded roads, no matter how confident you feel.

Lastly, the Trinity River near Liberty will rise this weekend and crest sometime Sunday or Monday just shy of 30 feet, which is major flooding in that area.

No, we aren’t worried right now about drought in Houston, but we did have a request from a reader for a drought update. And we do occasionally take requests! So here you go: 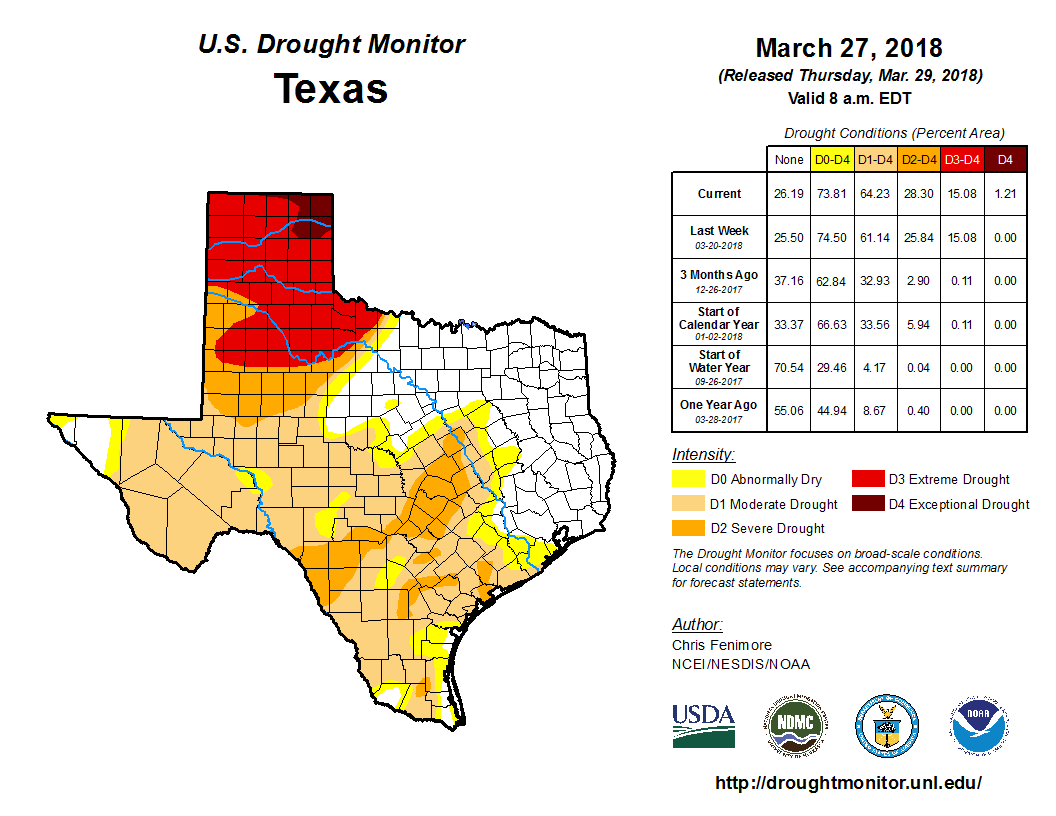 Texas drought expanded last week, but not in the Houston area. (Drought Monitor)

Drought expanded in Texas last week, but the update released on Thursday lags a couple days, so data is only through Tuesday. With good rains across much of East and Central Texas, next week’s update could trim the drought intensity back a bit between Austin and Corpus Christi.

A notable statistic: Yesterday’s drought update introduced D4, or exceptional drought for the first time in Texas since October of 2015. It’s a small chunk of the Panhandle, but its symbolic of how bad the drought is in that region. East Texas is in good shape now, and we’re in good shape in Houston, but let’s hope some rains can emerge in West Texas and the Panhandle soon for those folks.

Thanks as always for reading, and we hope you have a great weekend!

7 thoughts on “A calm and pleasant holiday weekend”