Good morning! That was quite a light show early on Thursday morning, as severe thunderstorms with lots of lightning and strong winds surged through the greater Houston area. These storms generally brought 2 to 4 inches of rain across Houston, with some higher totals in Montgomery County, and nearly all area streams and bayous remained well within their banks. Three exceptions were for Peach Creek Near Splendora; and the West Fork San Jacinto In Humble, where some minor flooding was occurring. The heaviest rain remained off to the northeast of Houston, and some flooding is likely along the Trinity River later this week. 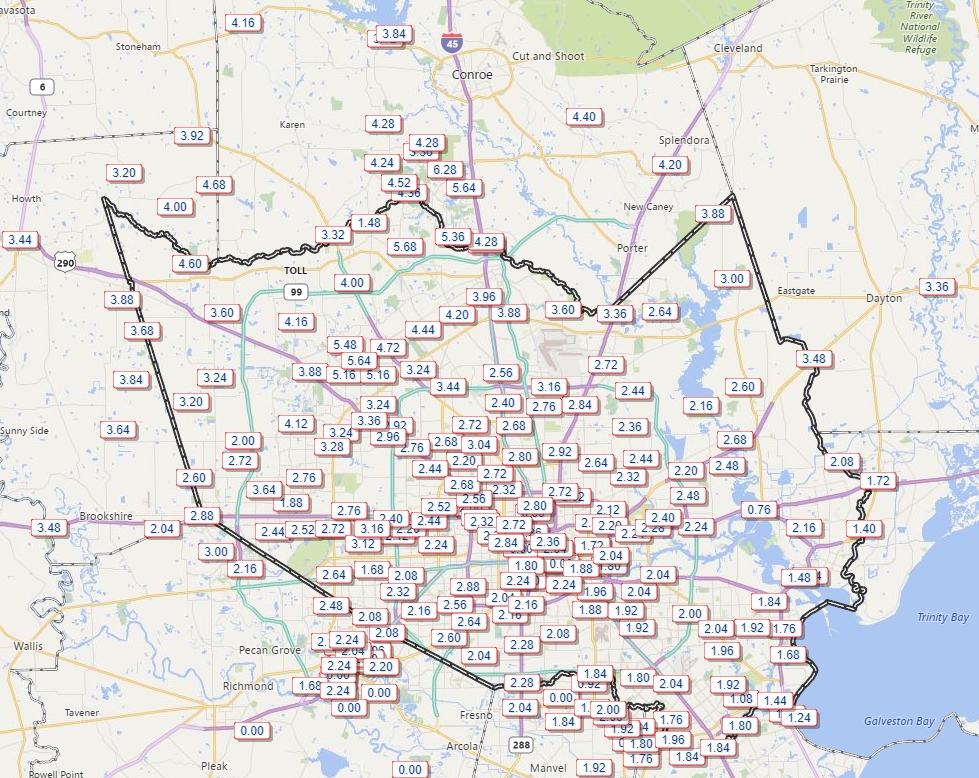 Preliminary rainfall totals from 6am Wednesday to 6am Thursday. (HCOEM)

As of 6am, rains have cleared out of the western half of Houston, and will continue pushing east and out of the Houston area over the next hour or two. Any threat of severe storms or heavy rainfall has now passed. Skies will gradually clear out today, and highs will reach into the low 80s, before a moderate cool front pushes through the area later this evening, bringing drier, less humid air into the region.

As we’ve been saying for awhile, the end of this week looks great. With northerly winds and high pressure, we’re still on track for a pair of days with high temperatures in the upper 70s to 80 degrees, and cool nights—upper 50s for inland areas, lower 60s along the coast. Enjoy! 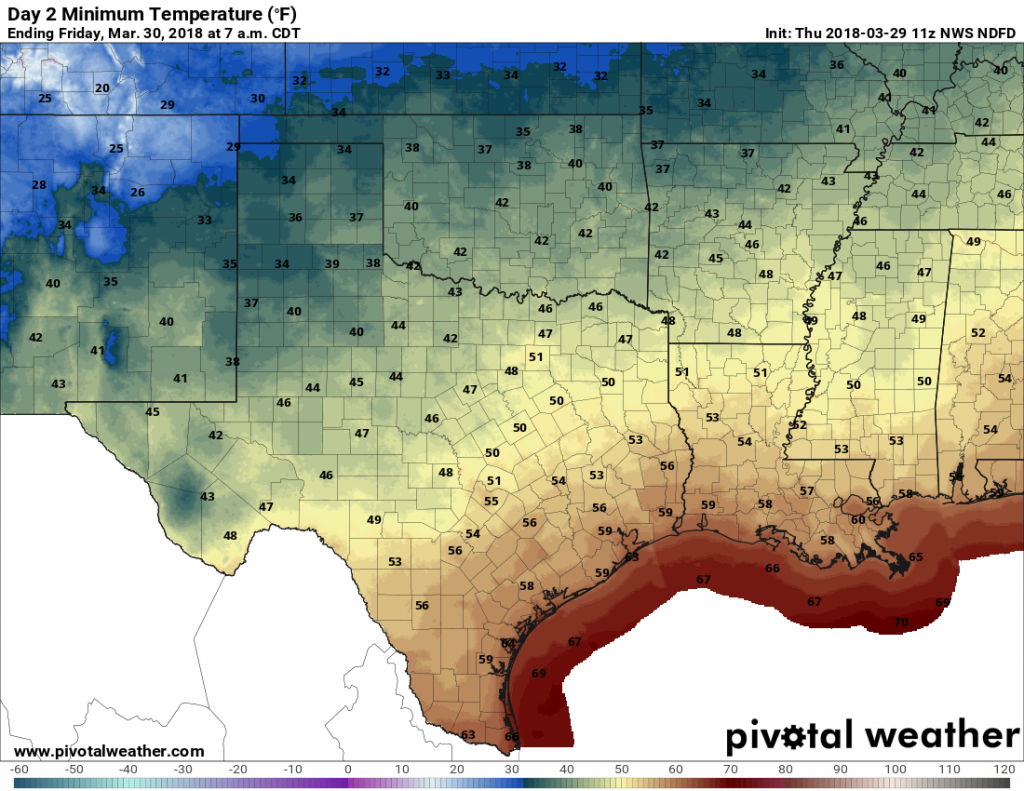 Friday morning should be the coolest of the week. (Pivotal Weather)

The holiday still looks pretty nice, too, although with a returning southerly flow from the Gulf of Mexico Houston should start to see humidity levels rising again. Still, I think high temperatures will hold to around 80 degrees on Sunday, and with partly to mostly bunny skies, and a zero percent chance of rain, this should make for eggcellent weather.

We should see a general warning trend for Monday and Tuesday of next week, with increasingly cloudy skies, before a cold front (probably, the models have been waffling a bit on this one) moves through around Wednesday-ish. It looks like we could see some rainfall with this front, or before it, but I doubt its anything like last night. Perhaps a few tenths of an inch—we’ll see.

23 thoughts on “After significant overnight storms, rains end this morning”