After a warm-up today and especially on Tuesday, Houston will return to cold weather this week with highs mostly in the 50s. We should also see a fair amount of sunny skies—barring a gray and warm Tuesday. The forecast for the weekend is not year clear, alas.

Chilly conditions this morning, generally in the 30s, will warm up fairly quickly as the sun comes out. It should be a pleasant day to watch a parade, or otherwise partake in outdoor activities, as temperatures rise into the low to mid-60s under partly sunny skies. Winds will shift to the southeast later today, which will bring some more clouds into the mix this afternoon. Lows Monday night will only fall into the 50s with the modified air. 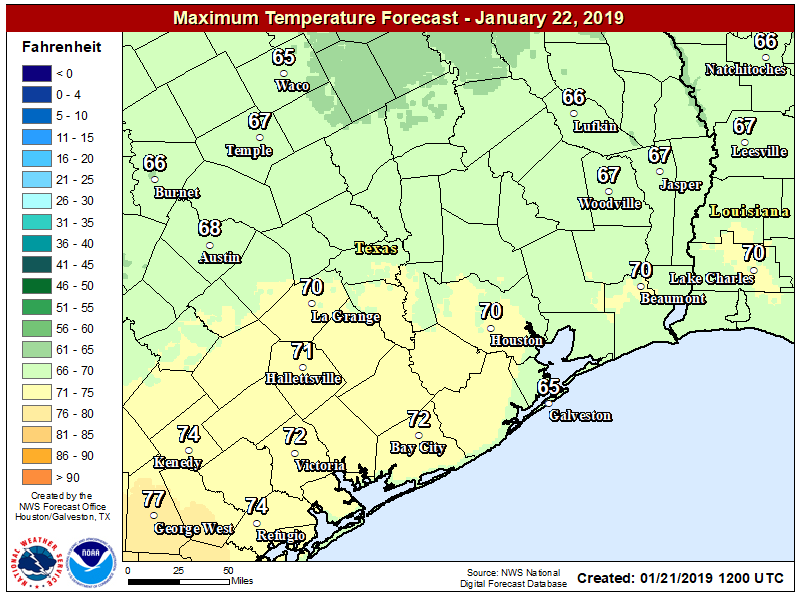 Tuesday will be the warmest day of the week. (National Weather Service)

This will be a warm, and possibly wet day as a southerly flow establishes itself over the Houston area. Skies should be mostly cloudy in response to the increased moisture, but even so high temperatures should get up to 70 degrees. Rain chances will increase Tuesday afternoon, and especially Tuesday night ahead of a cold front. I don’t anticipate this front will produce the intense showers and (especially) thunderstorms that we experienced early Saturday, but most of Houston should still see about one-half inch of rain.

The front should push through Houston roughly between midnight Tuesday and sunrise Wednesday, bringing an end to any lingering rain showers on Wednesday morning. Skies should clear out at some point, likely during the afternoon, and winds will be brisk at 15mph or so out of the north. Lows Wednesday night likely will fall to near or just below freezing for the northern half of Houston. 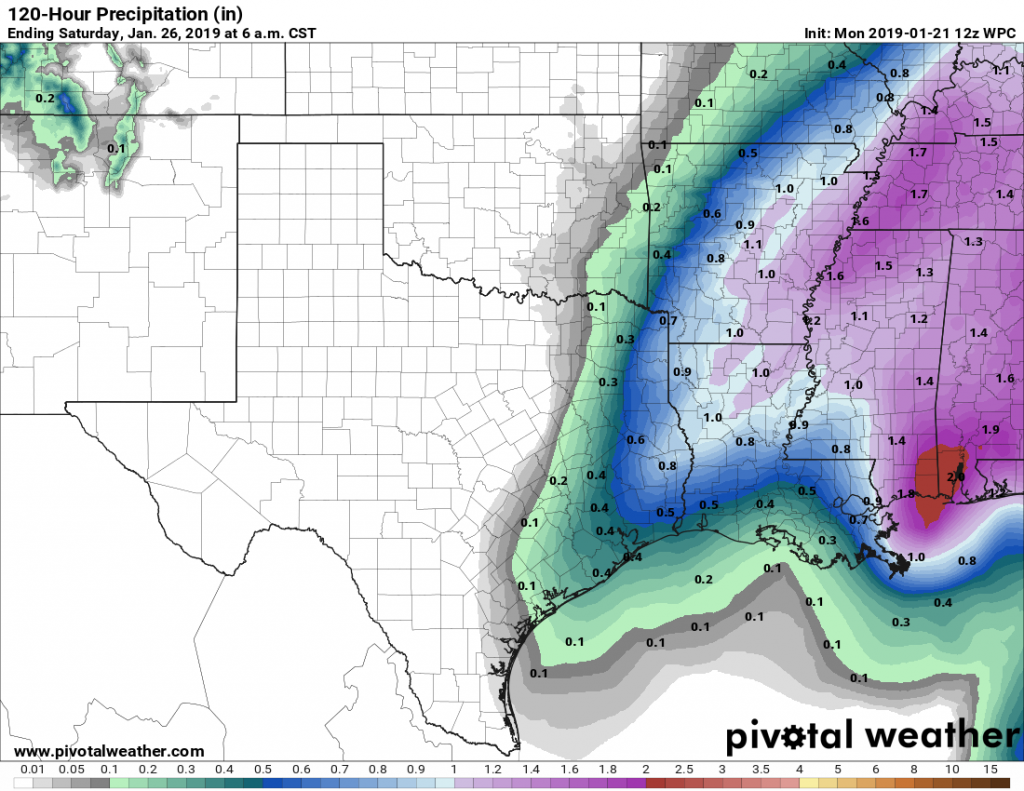 Expect cold and clear days, with highs somewhere in the 50s and lows in the upper 30s or low 40s.

The forecast for the weekend is somewhat uncertain as the models are playing around with the possibility of a reinforcing shot of cooler air as well as a kink in the atmosphere that could drive some precipitation. What does this mean? At best guess, highs this weekend will be around 60 degrees with partly sunny skies, and lows in the 30s to lower 40s. But the forecast could be warmer than that or even go colder—in some scenarios the colder air and precipitation align to briefly produce some snow. We’ll hope to get a better handle on conditions for this weekend in a day or two.