Well, I hope you enjoyed that weekend. Sunday, especially, offered a mix of cool, dry air, and sunshine that were just about perfect for fall. It was hard not to spend most of the day outside. The good news is that next weekend should have a similar mix of pleasant fall air and sunshine.

Clouds have returned this morning to most of the metro area, indicative of the region’s changing air flow. As a result we’ll see higher temperatures—mid-70s, mostly—and higher humidity throughout the day. Skies should remain partly to mostly cloudy. Low temperatures on Monday night will not cool down much, only falling into the mid-60s for most of the area. 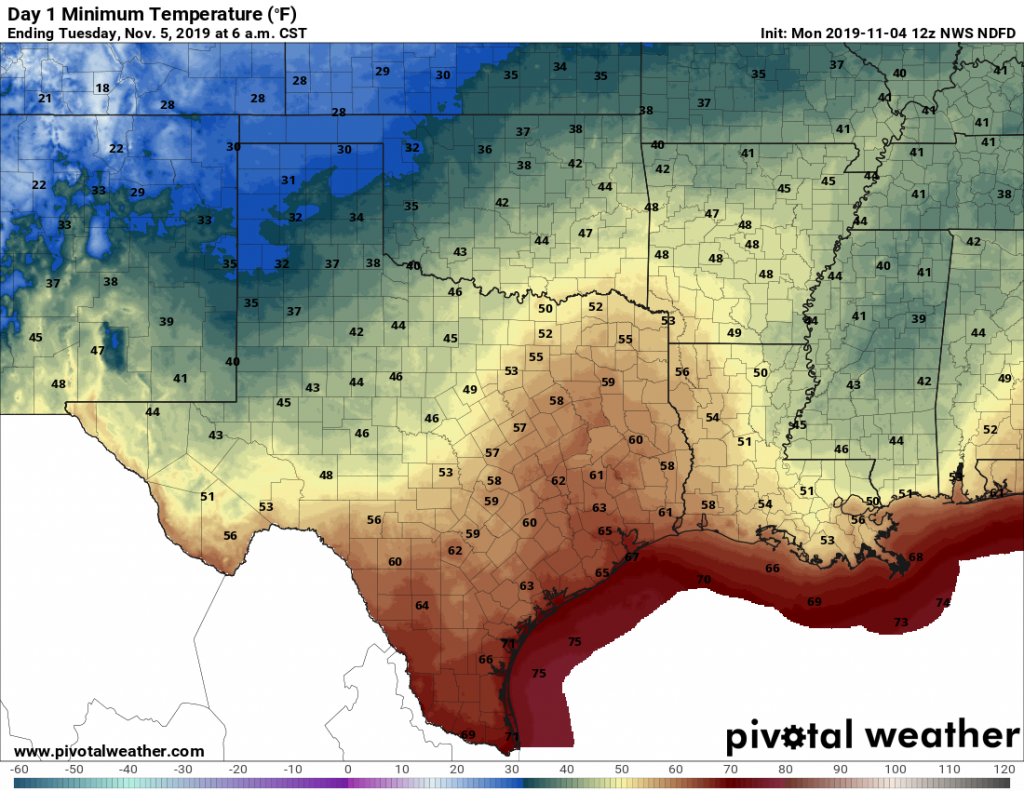 Low temperatures on Tuesday morning could support the development of fog. (Pivotal Weather)

After several colder nights, the combination of these warmer nighttime temperatures, moisture returning from the Gulf of Mexico, and light winds will probably lead to the development of some widespread fog on Tuesday morning. A weak front will move into Houston, and perhaps stall near the coast, on Tuesday. This is unlikely to have much of an effect, but may generate a low chance of showers, perhaps 10 or 20 percent around I-10 or points south. For the most part this should be a partly to mostly cloudy day, with highs in the 70s.

This should be a partly to mostly sunny day, with highs in the 70s.

A stronger cold front will approach Houston, and likely move through the region on Thursday night. Timing remains somewhat to be determined, but right now I’d guess the front reaches College Station around sunset, and pushes through Houston between late evening Thursday and sunrise on Friday. The models aren’t overly exercised by the storm potential of this front, but I think most of Houston can probably expect in the range of 0.5 to 1.0 inch of rain from Thursday afternoon through Friday morning, with a few spots getting a bit more. Highs on Thursday, ahead of the front, may near 80 degrees. Highs on Friday will struggle to climb out of the low 60s.

A cloudy Friday should give way to a clear weekend and sunny weekend, with highs on Saturday in the low 60s, and near 70 on Sunday. Friday night will be the coldest night of the week, with widespread lows in the 40s. 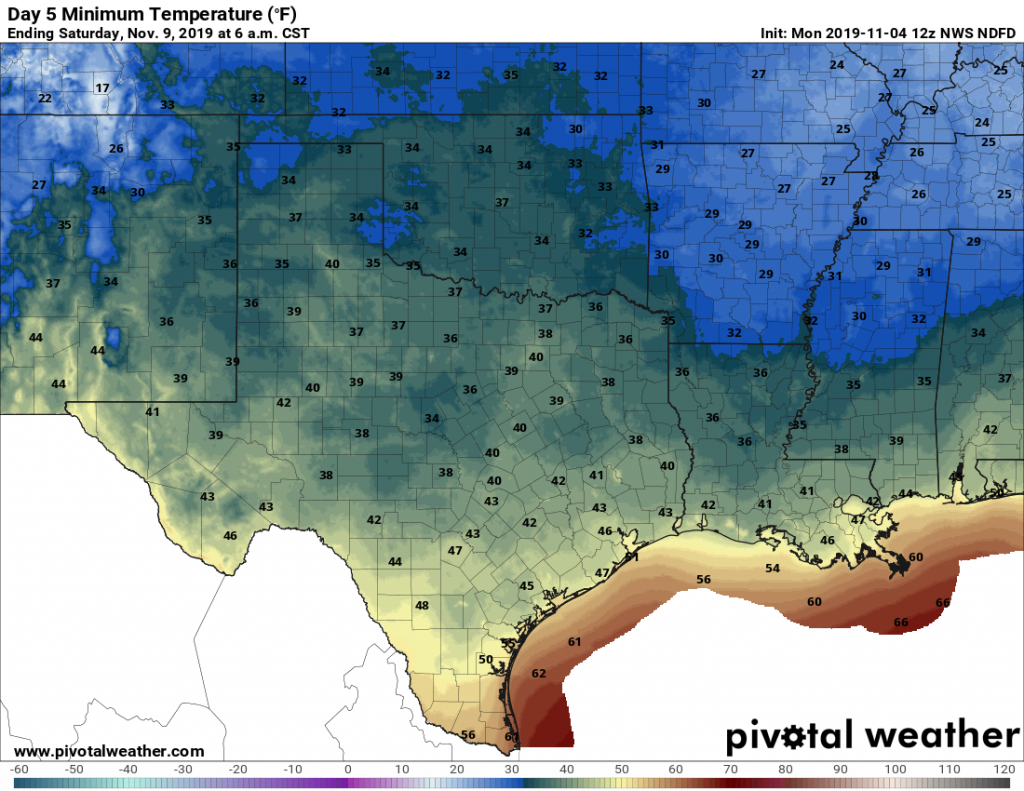 As we get into the Tuesday-ish time frame of next week—at which point we’re really at the edge of what forecast models can reliably predict—there’s a decent chance of seeing a stronger cold front push through. At this point I’d guess that maybe there’s a 1-in-4 chance of areas north of Interstate 10 seeing their first freeze, but I am wading dangerously deep into speculation here, so I’ll stop. Anyway, the second full week of November may be fairly cold.