The forecast for this week is fairly straightforward. We’ll see a pair of cool and sunny days to start out, followed by widespread rain showers on Wednesday, before a cool and sunny weekend. As the region has has a relatively dry winter, the mid-week rainfall should help with the abnormally dry conditions for much of the Houston region—Galveston, Chambers, and Orange counties excepted.

It is clear and cold this morning, with freezing conditions on the far northern reaches of the Houston metro area, in places such as Huntsville, and lows of about 40 degrees in the city itself. With light northerly winds today, continued cold air advection will offset a mostly sunny day, and keep high temperatures at about 60 degrees. Low temperatures tonight will likely be a few degrees colder than Sunday night due to very light winds. This should allow for a more widespread, light freeze over areas such as Montgomery County. 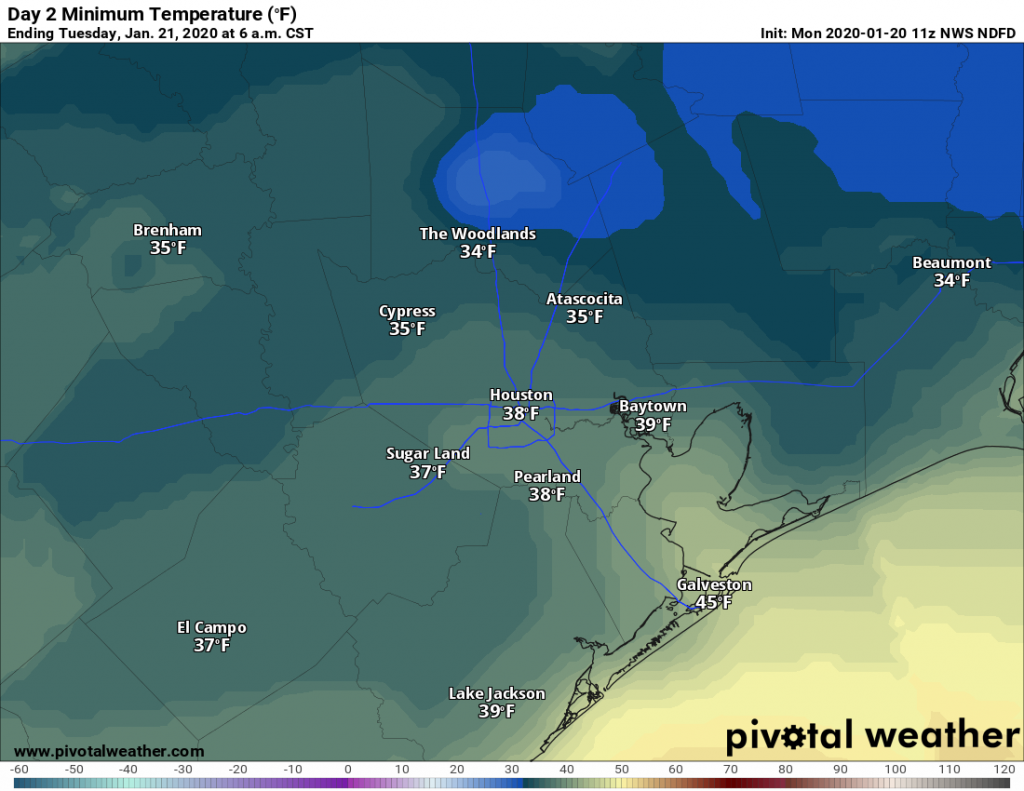 Another sunny, cool day with highs of around 60 degrees. By the late morning or afternoon, winds should shift around to come from the east, and along with building cloud cover this should help to moderate overnight temperatures, keeping them in the 40s for most of the region.

An upper-level pressure system should drive widespread showers across the Houston metro area on Wednesday and Wednesday night. Right now we don’t have any particular flooding concerns, as rainfall rates look manageable, and overall accumulations for most areas should be on the order of 1 to 2 inches. Without sunshine, highs Wednesday likely will remain in the upper 50s, and overnight lows not changing much. 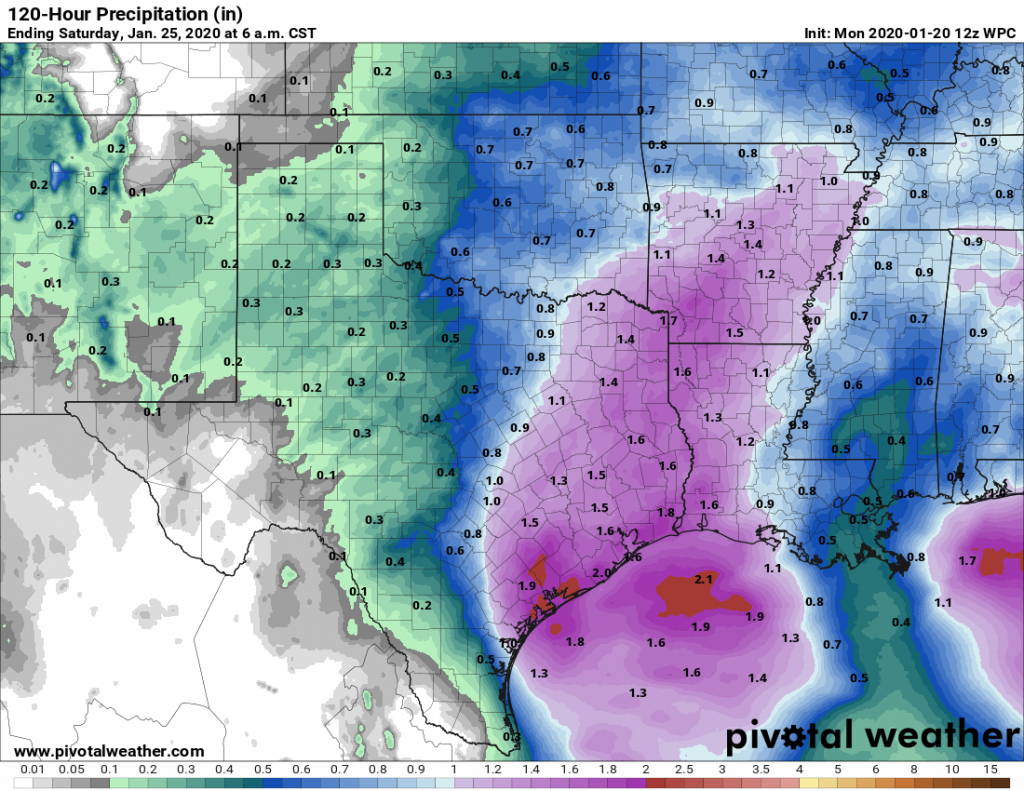 Most of the forecast models bring rains to an end during the early morning hours on Thursday, allowing for some clearing skies. A cool front will push through during the daytime, but with sunshine we could see some high temperatures in the upper 60s. Lows Thursday night will likely fall below 50 degrees for most of the area.

For the most part, the coming weekend looks splendid for late January. We expect mostly sunny days, with highs in the 60s, and overnight lows generally in the 40s. This is definitely a weekend to be thinking about some outdoor activities.