Slightly cooler air has worked its way into most of the region from the northeast, as a weak front that has dissipated across the region. This has helped to mitigate the formation of fog—but don’t worry we’re expecting a return of fog this evening. Cooler, dryer weather finally arrives on Saturday evening, in the wake of a stronger front.

We’re seeing the development of some very light showers across the region this morning, and this pattern should slowly fizzle throughout the day. Effectively, this means we’ll see a mostly cloudy day, with highs of around 70 degrees and of course our old friend humidity. As mentioned, sea fog should develop this evening and during the overnight hours with just light winds and lows only on the upper 60s for the most part. 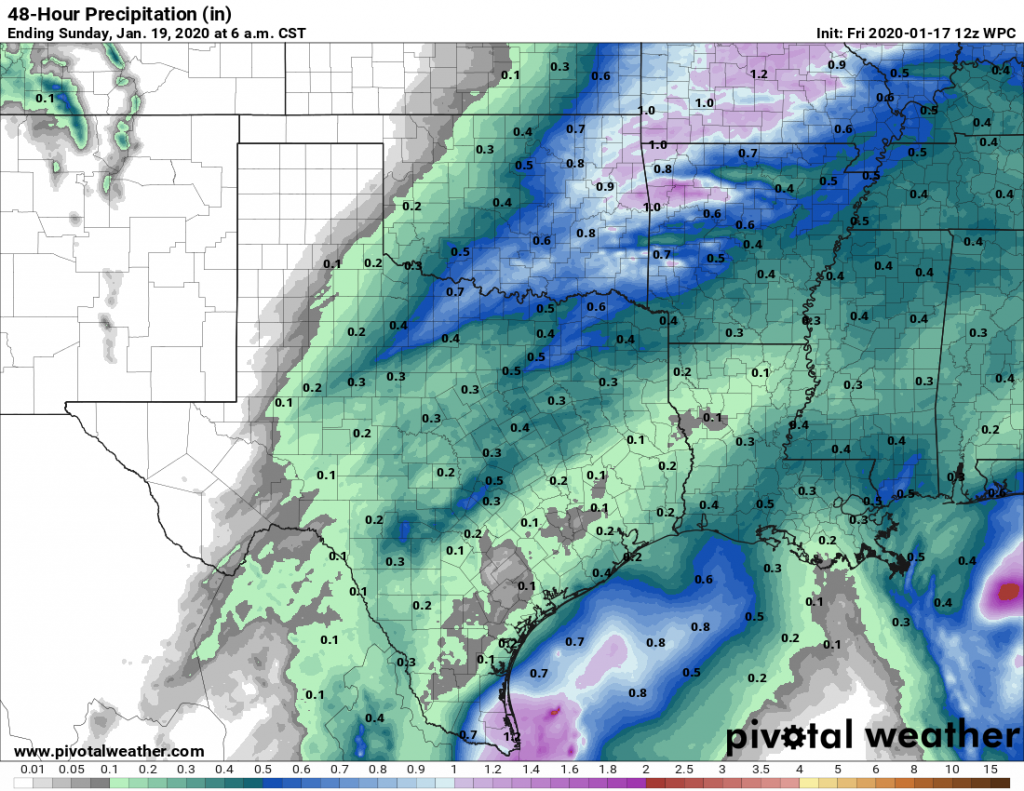 We anticipate only light rain with Saturday’s front. (Pivotal Weather)

The first half of the weekend will bring more of the same before a cold front sweeps through from northwest to southeast. Winds will shift to come from the north by or before sunset in central Houston, and the front itself should move off the coast by early evening. A thin, broken line of showers could accompany the front, with falling dewpoints and temperatures. This will bring an end to the split pea soup weather Houston has had for nearly a week—good riddance.

Sunday morning will be cloudy and cold, with northerly winds of about 15 mph. If you’re planning to be on the start line of the Houston Marathon, volunteering, or coming to support the runners, expect temperatures in the upper 40s at the 7am CT start time. I expect skies will be partly to mostly cloudy at the start of the race, with some clearing throughout the event, likely becoming mostly clear by around noon. Temperatures by early afternoon probably won’t be much warmer than 55 degrees, as winds also moderate. Relative humidity will likely be below 50 percent. In short, the weather will be near ideal for long runs. Good luck, everyone! 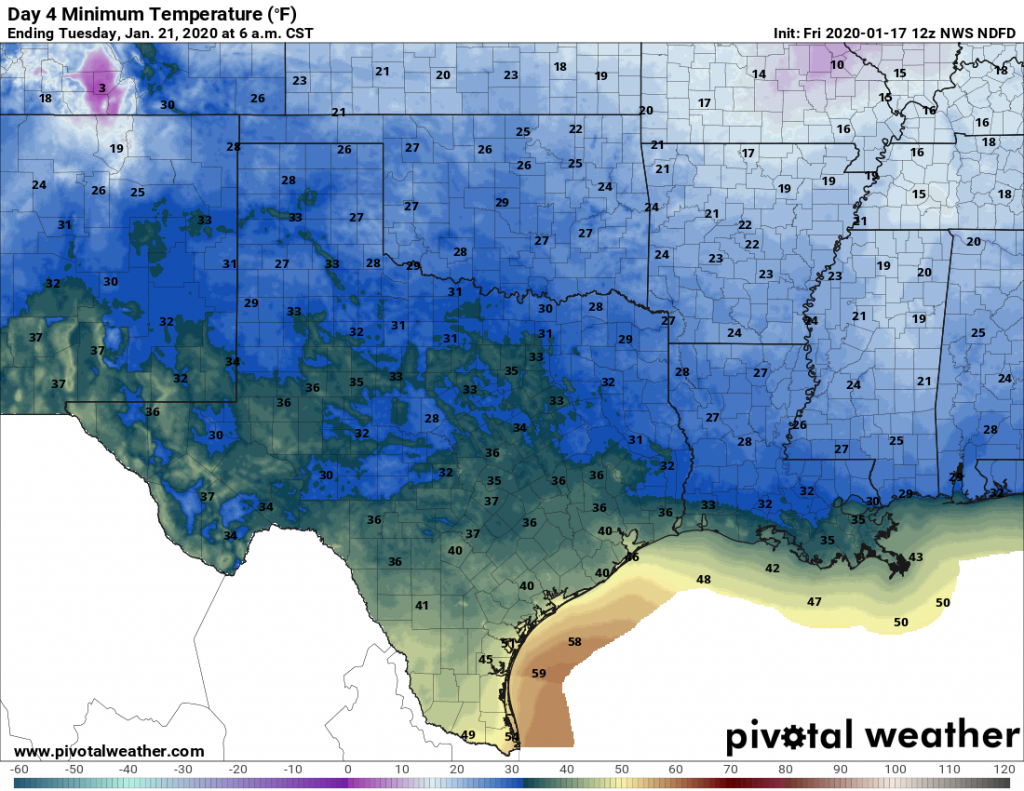 Monday night will likely be the coldest of the week for east Texas. (Pivotal Weather)

The start of next week ill see continued cool conditions, with highs in the 50s on both days, and lows Monday morning (upper 30s in Houston) and Tuesday (around 40) quite a bit colder than we’ve seen. Both days likely will be partly sunny as winter returns.

The second half of next week looks interesting in that high pressure moves off, and we’re kind of in a holding pattern for a day or two before the next front pushes through. The models tend to think Thursday and Friday will be warmer, in the 60s, with a healthy chance of rain. Right now we don’t expect anything too extreme, but 1 to 3 inches seem possible toward the end of next week, with uncertain effects for the weekend. It probably will be a bit cooler and drier, but am I overly confident in that? I am not.