Houston’s weather will be fairly mundane in the week ahead, so there’s just not that much to say. We’ve got a front coming in tonight that will make for a pleasant weekend, and then most of next week looks fairly warm, but not exactly hot and in the 90s.

Today is going to be pretty warm, especially for mid-October. Under mostly sunny skies, with light south winds, highs are going to push into the upper 80s to nearly 90 degrees. Conditions this evening will be fairly warm and muggy, before a front approaches. We should see the front arriving west (think Katy) and north (Conroe) between sunset and midnight, and it should move through overnight. This front will have more moisture to work with, so I think there will be at least a broken line of showers as it moves through, and scattered, mostly light rain could linger into Friday morning. 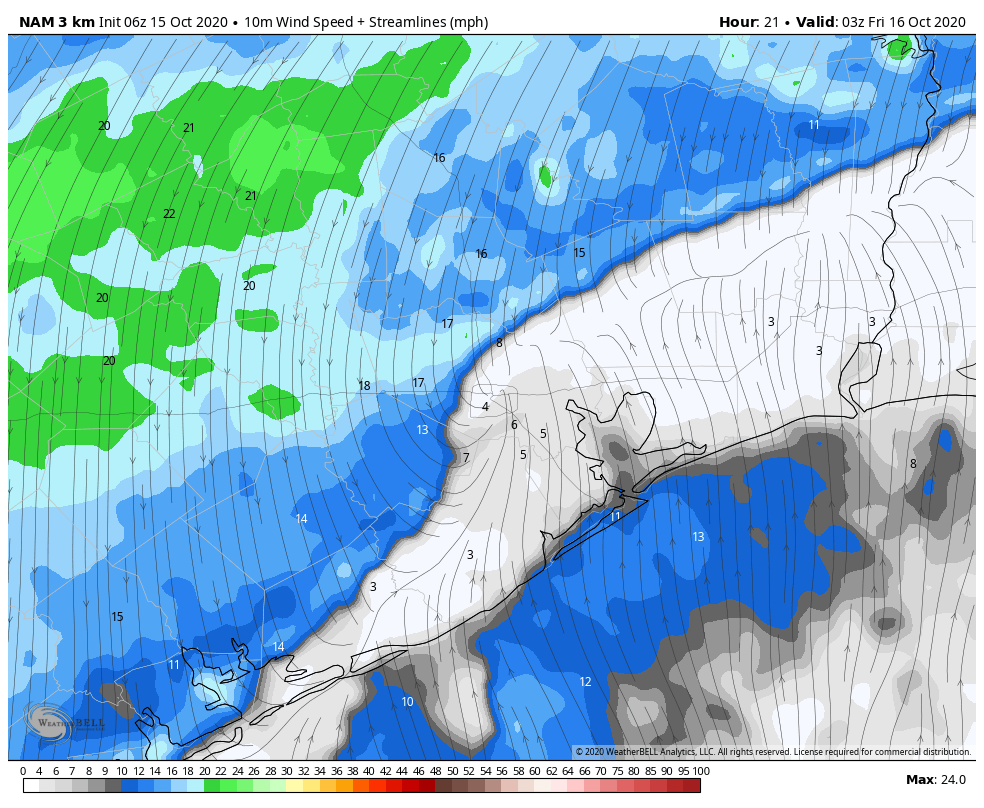 This day will feel noticeably different than much of the week, with a breezy northwest wind, and mostly cloudy skies limiting high temperatures to around 70 degrees for much of the area. Winds will slacken by Friday evening, but a persistent northerly breeze will usher in a fairly cool night—50s well inland, around 60 in Houston and slightly warmer along the coast.

This should be a pretty spectacular day, with highs of around 80 degrees and mostly sunny skies. Alas the front will be fairly short-lived, as the onshore flow returns on Saturday, setting the region up for a warmer night.

Another great day, albeit a bit warmer, with highs in the mid-80s and partly sunny skies. 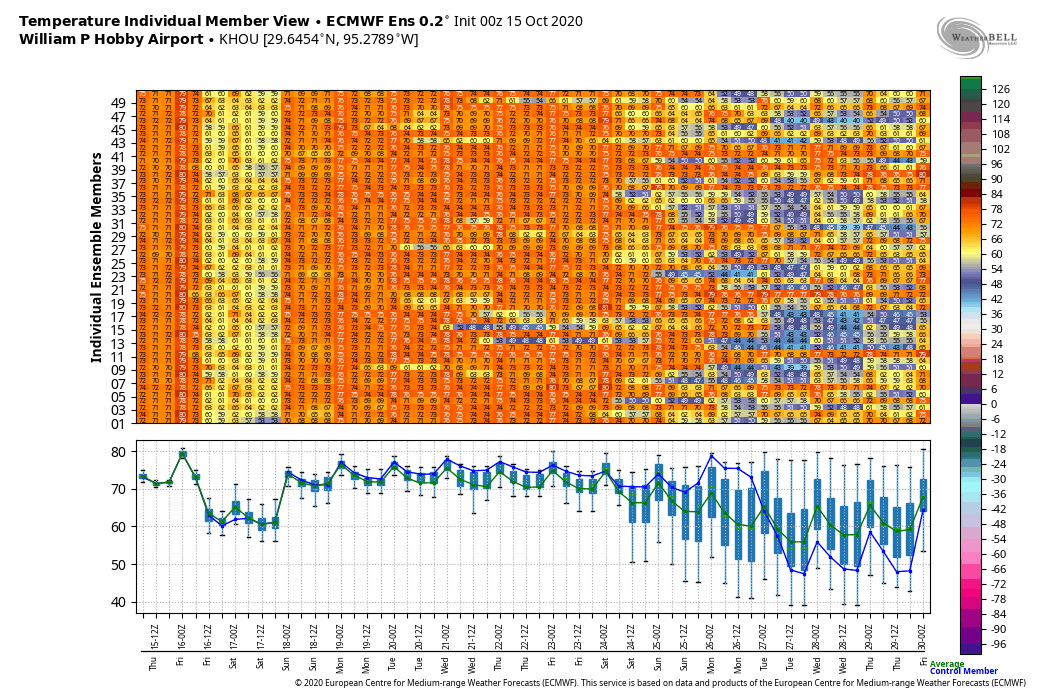 There is no particularly strong signal in the models for the next front until next weekend. (Weather Bell)

Right now, we don’t expect much of note with next week’s weather. There don’t appear to be any serious cold fronts in the cards before at least Friday or Saturday, so we should see a mix of sunshine and clouds. This will probably yield daytime highs somewhere in the 80s, and lows around 70 degrees. We may also see some afternoon showers, although I think they will be fairly scattered.