It may seem weird to talk about “dry” conditions after Tropical Storm Beta drenched Houston from September 20 to 23, but the reality is that the western half of the metro area has seen no precipitation in the more than three weeks since. If you didn’t get rain from Hurricane Delta, you haven’t gotten any. Here’s a plot of rainfall accumulations over the last three weeks—a time when the region has experienced plenty of sunshine and heat to dry things out. 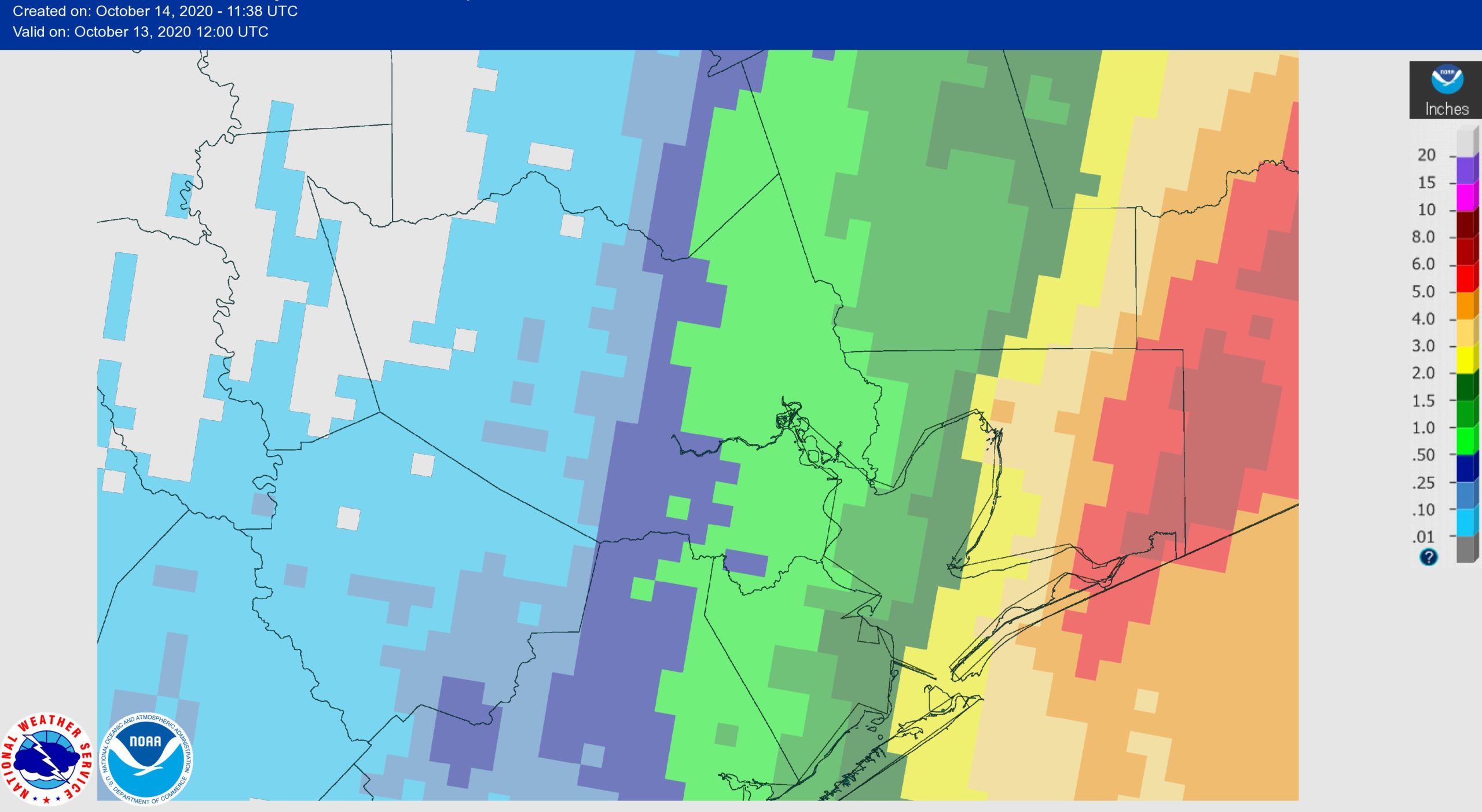 So when might the region pick up some more substantive rainfall? The reality is that there is a lot more sunshine in our forecast than rain chances in the near term. A front may bring a moderate chance of brief, light rainfall on Friday morning. But after that our next real chance for a rain that might soak the ground does not come until the middle or end of next week, and that is by no means a sure thing.

Temperatures briefly dipped into the 60s for much of the area this morning, but with ample sunshine we’ll see warming back into the mid- to upper-80s today. Winds from the northeast will become calm, before shifting to the south later today, or tonight. Lows Wednesday night should be similar to Tuesday night.

This will be a warm and sunny day, with highs in the upper 80s to 90 degrees, and light southerly winds. Temperatures on Thursday night will depend upon the timing of the front, which likely will reach the Interstate 69 corridor a few hours after midnight on Friday morning, and push off the coast within a few hours of sunrise.

We will see some scattered, light showers with the front, but they should fade out by mid-morning at the latest. Skies should remain mostly cloudy on Friday, with a brisk north or northeasterly wind. Highs may struggle to rise much above 70 degrees for the area as cooler, dry air blows in. Lows Friday night will be the coolest of the week. 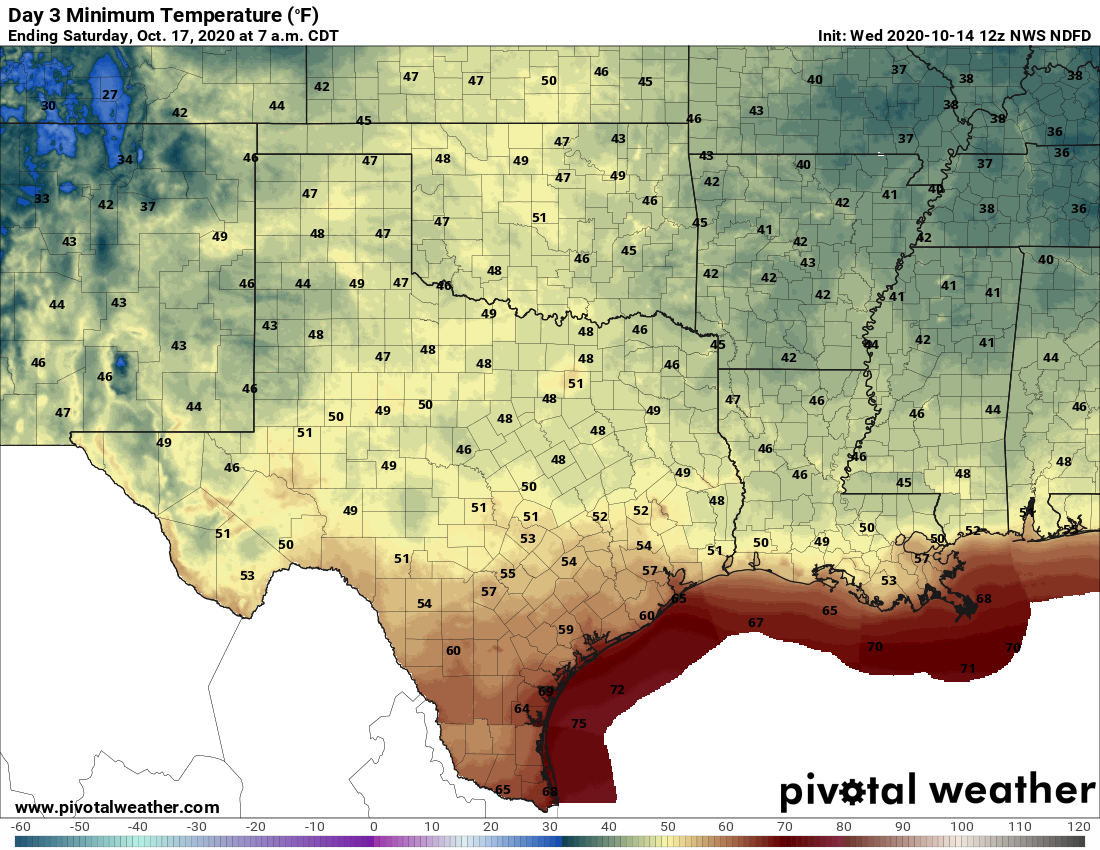 The weekend looks sunny, with highs in the upper 70s on Saturday, and a relatively quick return of the onshore flow ensuring sunny and mid-80s on Sunday. Frankly the forecast for Sunday night and beyond remains uncertain.

Several of you have asked about the tropics, and all I have to say is that we are now firmly sliding into fall and there is nothing to worry about for Texas. We may see the season’s next storm form in the southwestern Caribbean Sea in about a week or 10 days, but if this develops it is likely to move north, rather than northwest toward Texas. We’re good, y’all.