A strong Arctic front will reach Houston later today, likely during the late afternoon hours, and usher in a freeze for much of the metro area. Most of Houston has yet to record a freeze this season—the low at Bush Intercontinental Airport so far has been 36 degrees. While this will definitely be earlier than normal for a freeze, the region has seen earlier freezes. The table below shows the average date, and earliest date, for official monitoring stations in the Houston region:

Conditions today will be warm ahead of the front, with central and southern parts of the region likely climbing into the mid- to upper-70s. As the front sweeps through Houston this afternoon—probably between around 3pm and sunset from northwest to southeast—temperatures will immediately drop 10 to 20 degrees, and we’ll just go downward from there. 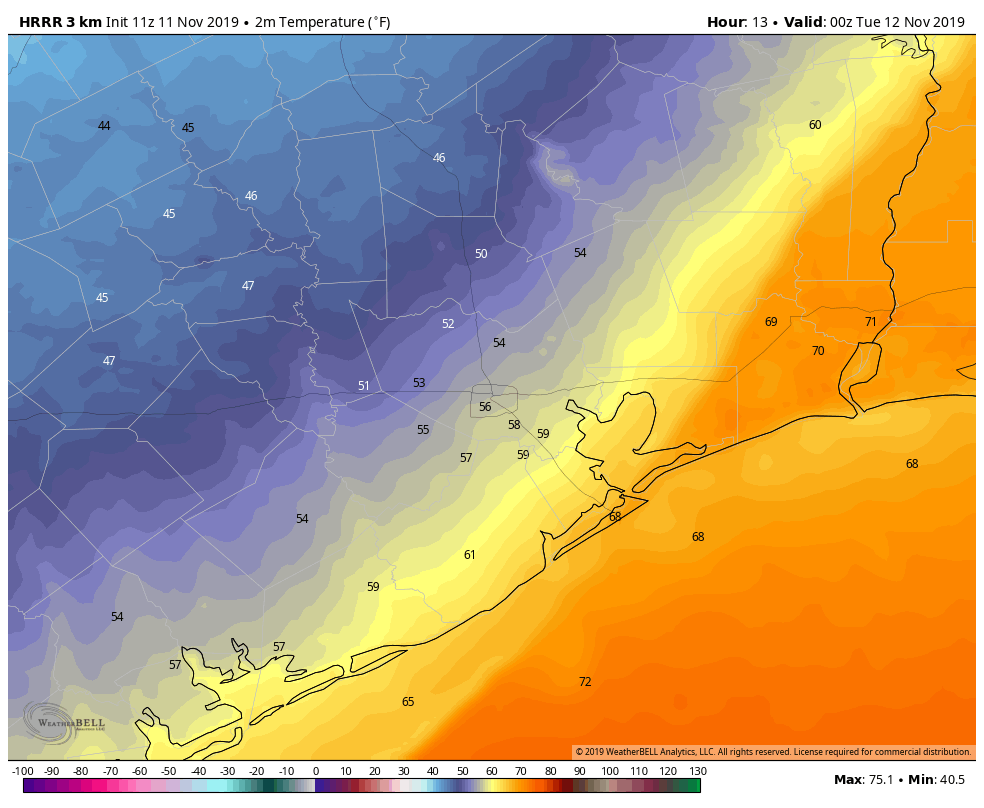 A fast-moving band of light to moderate showers should accompany the front, and then light rain could persist throughout the evening and into early Tuesday morning. There is a slight chance that, if precipitation lasts into Tuesday morning in outlying areas, some of this light rain could turn into sleet or snow flurries. However, most likely the precipitation will end before the coldest air arrives. In the wake of the front, expect blustery conditions, with winds gusting up to 35mph, and a gale warning in effect for coastal waters.

Rains end Tuesday morning, and we should see some clearing skies. But don’t expect too much warming as northerly winds bring cold, dry air into the region. Temperatures will probably start out just above freezing for most of Houston, and highs are unlikely to climb much above the mid-40s. With mostly clear skies, and dying winds, Tuesday night will bring ideal cooling conditions for the region. Here’s our current thinking on lows for Tuesday night in the Houston region. These remain subject to at least slight change. 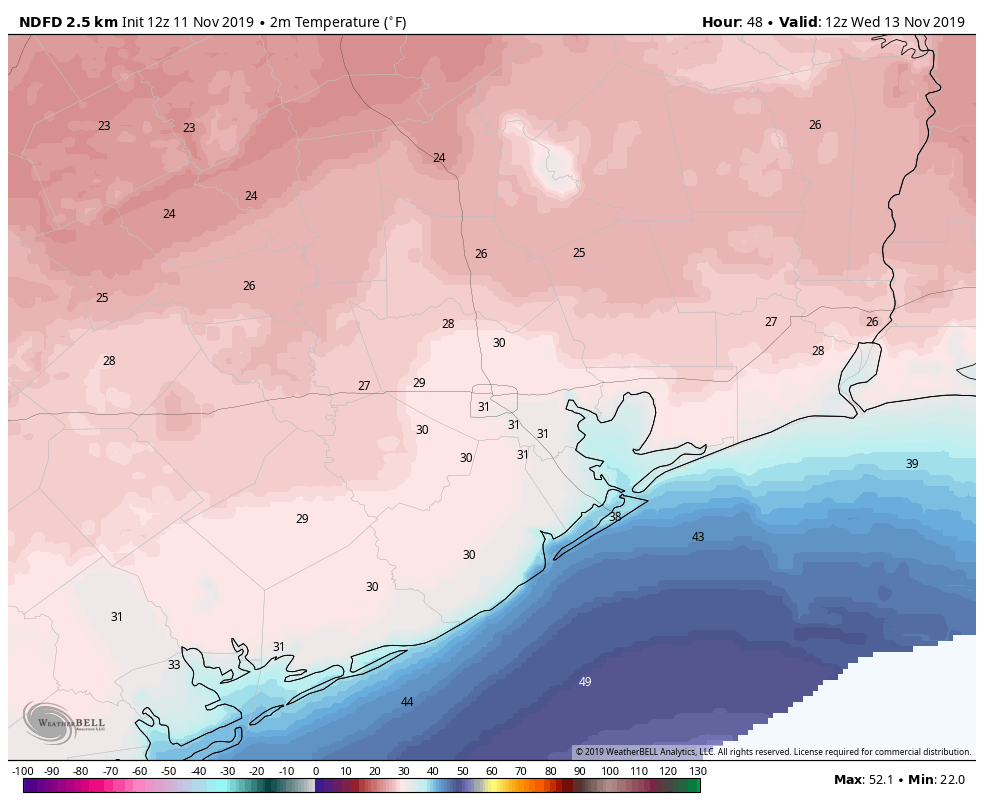 This day should be sunny and cold, with highs in the low 50s. Overnight lows should moderate some, into the 40s for most.

Chances for light to moderate rain increase from Wednesday night through Thursday night as a storm system pushes across Texas from west to east. Right now dynamics do not favor strong rainfall, so I’m not expecting accumulations much above a tenth or two of an inch. Temperatures should continue to warm up a bit.

As this pacific front pushes through toward the end of the work week, we should expect nice fall conditions for next weekend. I’m not ready to lock them in yet, but I’d expect something on the order of partly to (mostly?) sunny skies, with highs in the 60s, and lows in the 40s for Friday through Sunday.