Good morning. It is not pleasant outside, with winds gusting to 30 mph pretty much across the entire region, and temperatures generally in the 30s. The combined result of this is wind chill temperatures in the 20s for pretty much everyone this morning. A freeze is expected tonight for all but the immediate coastal areas.

Some very light precipitation remains across the western part of the region, but this should continue to wane through sunrise this morning. However, this may produce a little bit of sleet that will not stick to the ground. Otherwise, we should see clearing skies throughout the morning and into the afternoon. Highs will only nudge up into the low 40s for most. Strong, northerly winds will blow throughout the day, although they should gradually wane this afternoon before falling off to 10mph or below after sunset—except for the immediate coast where they will blow a bit longer. Clear skies and dying winds will allow for ideal cooling Tuesday night, and nearly all of the area except for the coast will probably see a freeze. Lows may reach the mid-20s for Conroe and points north. 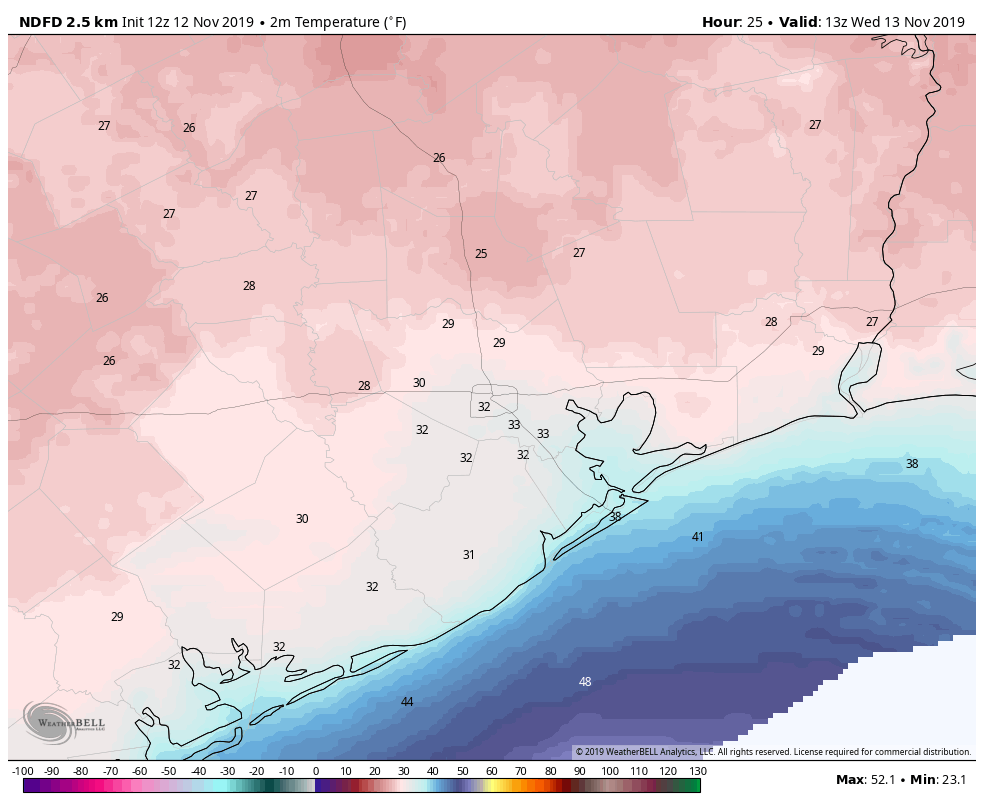 Partly sunny skies, with a high of around 50 degrees. As northerly winds finally die, we’ll begin to see some cloud development later in the day, and the possible return of some light showers during the afternoon or evening. Lows Wednesday night should drop into the 40s as rain chances increase to about 50 percent.

A relatively weak cold front will push through Texas, and there should be just enough of a moisture return to produce light to moderate showers on Thursday. In terms of accumulation, we’re most likely looking at 0.25 to 0.5 inches of rainfall, so nothing to worry about. But this should nonetheless make for a gray and gloomy day. Highs likely will only reach about 50 degrees. The frontal passage should make for a cold night again, with lows dropping to around 40 in Houston by Friday morning.

These look to be a pair of pretty stellar days, with mornings starting out chilly, at around 40 in the city and cooler to the north, and daytime highs of around 60 degrees. Skies should be mostly sunny on both days.

The second half of the weekend will see the return of some clouds, most likely, as another weak front pushes through the region. This could produce some rain later on Sunday, but most likely there won’t be enough moisture to work with, so I’d peg the probability of rain at perhaps 30 percent. Skies will be partly sunny for most of the day and highs will reach a relatively balmy mid-60s. 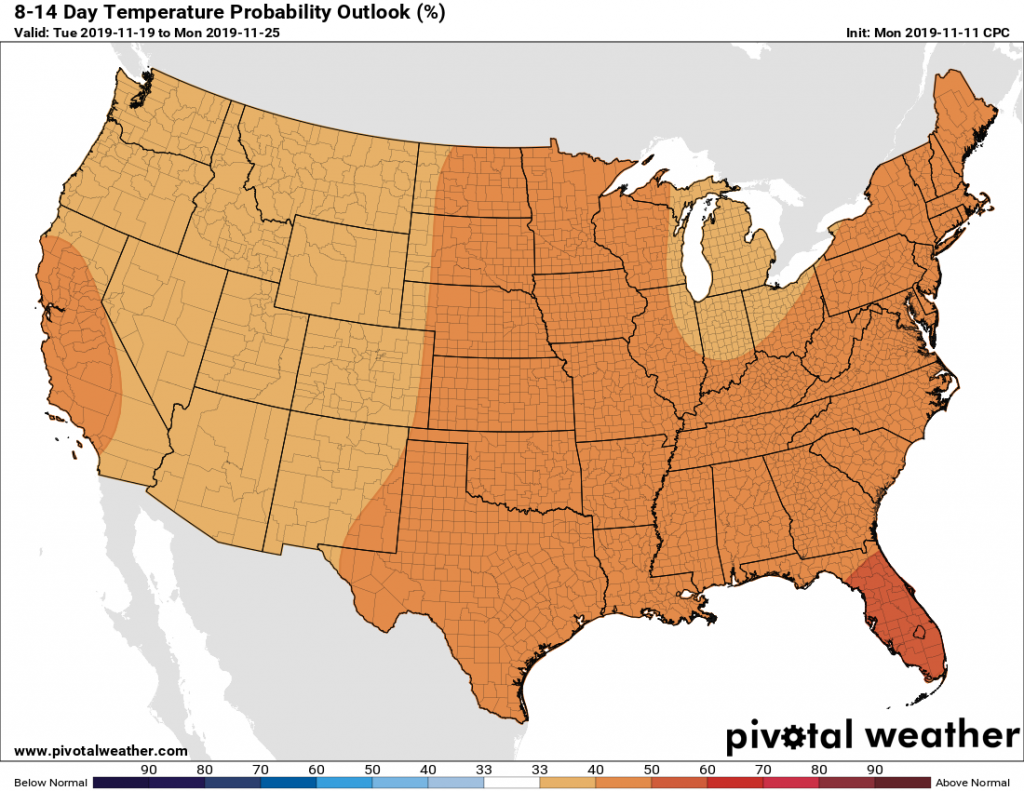 Most of the United States will see warmer than normal temperatures next week. (Pivotal Weather)

We are likely to see a warming trend for Houston, with highs pushing back up into the 70s and lows in the 50s and 60s by next Tuesday or so. Rain chances appear fairly low as well, so the watch word for next week is probably mild.