Thursday provided some mostly welcome rain for a large swath of the region. For the city of Houston, anywhere from 1 to 3 inches of rain fell. Generally lesser amounts fell to the north and higher amounts to the south. 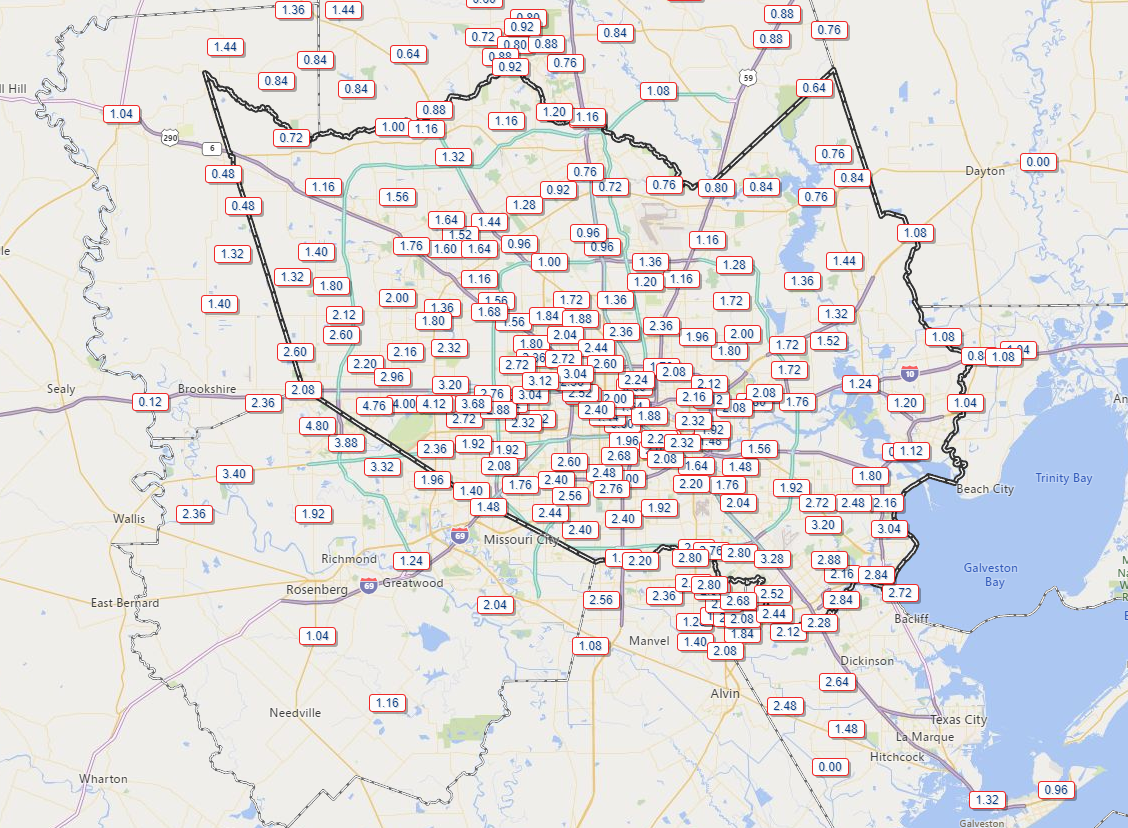 A wide range of rainfall totals on Thursday, with some spots seeing close to 5″ near Cinco Ranch. (Harris County Flood Control District)

The bullseyes were near Barker Reservoir and out through Cinco Ranch, where 4 to nearly 5 inches of rain was reported on Thursday. Another bullseye was noted from Friendswood through Kemah and San Leon, where 2 to 4 inches generally fell. Dreary weather hangs in today, but a nice weekend awaits.

The title of this post includes the word “drearies.” Debate whether or not that’s a real word, but you can guess what it means. Look for clouds all day today. In addition, the region should see periods of light rain or drizzle throughout the day. A period of steadier rain is possible for a time this morning or afternoon. You can see some of that moving across the state on radar.

Radar shows light to moderate rain across much of central Texas heading our way for later this morning and afternoon. (College of DuPage)

Additional rain totals today will range from about a tenth of an inch to perhaps up to a half-inch where the steadier rain falls. Temperatures will not move much, likely staying in the low- to mid-50s most of the day.

Showers should wrap up early this evening.

Clouds could be a bit stubborn on Saturday, but skies will either clear out before sunrise or they’ll clear out on Saturday morning. Either way, a mainly sunny afternoon is expected. After morning lows in the 40s, high temperatures will peak in the low- to mid-60s.

After a cool start (around 50°) on Sunday morning, look for sunshine and highs in the upper-60s to low-70s Sunday afternoon. Sunday will see plenty of sunshine, though clouds could increase later in the day.

The cold front Eric has been discussing this week is still on track to arrive sometime Monday. Model timing is now centered on Monday evening, but that could get pushed up a little bit. Along with a period of rain showers or thunderstorms, expect a 15 to 20 degree drop in temperatures behind the front and a healthy north wind. There had been some talk about perhaps some wintry precipitation to the north behind Monday’s front, but that looks unlikely right now.

After 70s on Monday, we’ll plunge into the upper-30s or low-40s by Tuesday morning. Tuesday’s forecast will depend on how quickly clouds clear out. If they’re slow to clear, we won’t get past the low-40s, but if skies turn sunny, we should be able to get into the upper-40s. Either way, it will be chilly and breezy.

With clear skies and diminishing winds, we will come close to freezing on Wednesday morning. The current forecast shows about 31° officially. The record for Wednesday morning is 29° set way back in 1907. It will be close. 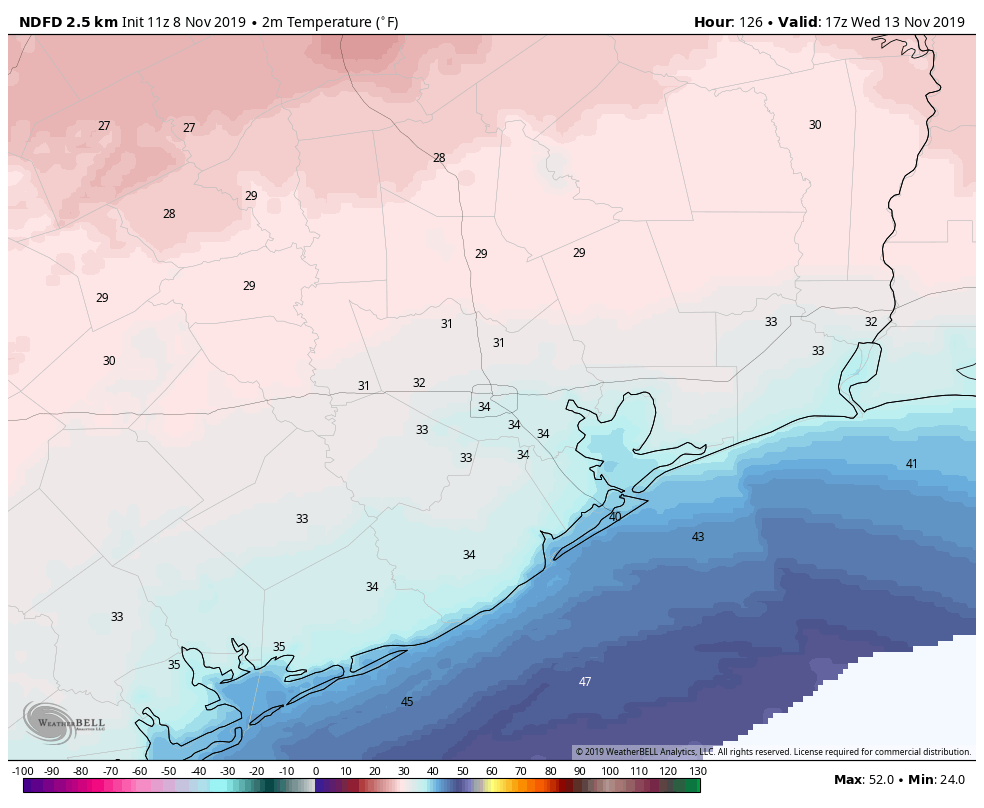 Wednesday morning forecast lows shows a large chunk of the region potentially near or below freezing. (Weather Bell)

Eric will have the latest on how cold it gets here for you on Monday morning.

The forecast gets a little more uncertain later next week. We could see another round of rain on Wednesday or Wednesday night. We will probably warm up a little bit by Thursday and Friday. Another, weaker cold front could very well follow suit by the weekend.

7 thoughts on “Friday drearies before a nice autumn weekend”