Good morning! Our Wednesday post is coming to you quite a bit earlier than usual as both Matt and I are traveling. In this case, I’ve gone west on assignment, and it’s easier to post at night than in the morning. Bottom line: you can expect the same weather forecasts, with new-and-improved time zones. (We’re both back in Houston this weekend). 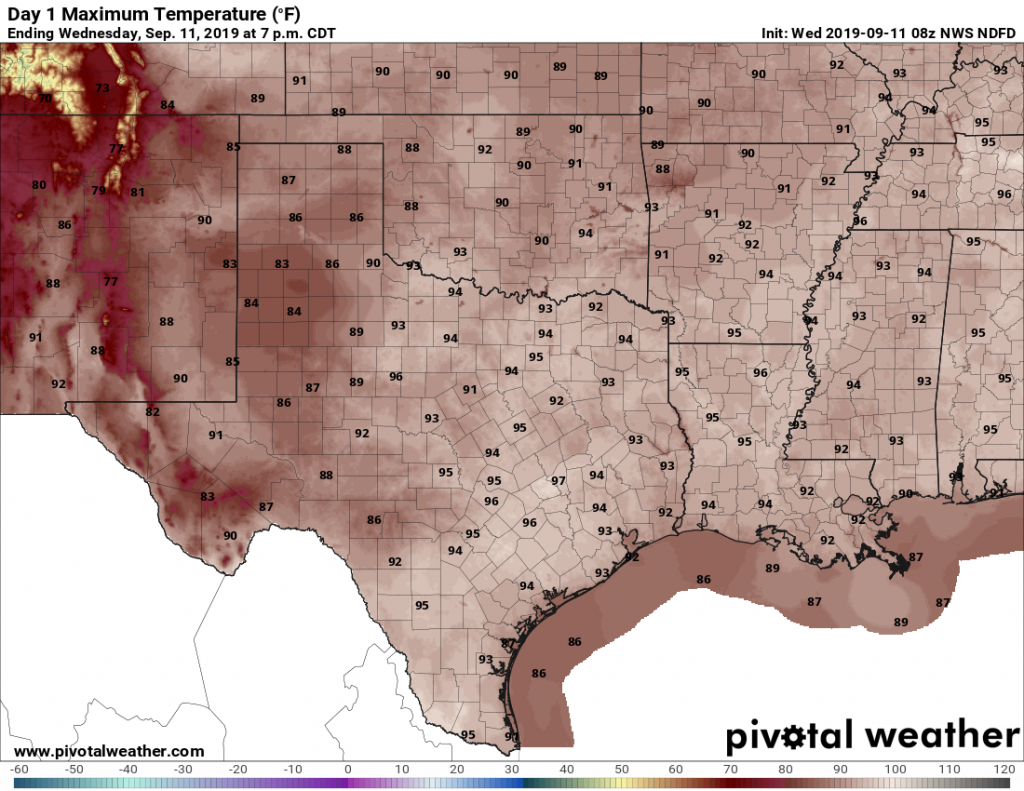 High temperatures on Wednesday should be a touch cooler for Houston. (Pivotal Weather)

If you liked Tuesday, have we got a deal for you—conditions on Wednesday are likely to be similar, albeit with temperatures perhaps a few degrees cooler. Yesterday, we mentioned the possibility of brief, strong storms and that’s precisely was some areas in the Brazos Valley got on Tuesday with some strong winds and heavy rainfall. Similar conditions will be possible in Houston on Wednesday, but it’s hard to peg where. Generally, I think we’ll see scattered storms pop up closer to the coast before noon, and then steadily migrate inland during the afternoon. Some thunderstorms may be pretty strong, but should not persist too long. Look for highs in the mid-90s.

As high pressure begins to take hold we probably can expect rain chances to fall off to around 20 percent. Highs should make it into the mid-90s under mostly sunny skies.

As mentioned in Tuesday’s post, Saturday looks like a sweltering day, with highs in the upper 90s and nearly full sunshine. This, again, will probably be the region’s last chance for 100 degrees in 2019, and my goodness aren’t we all ready for that to end? Sunday looks a few degrees cooler with some slight rain chances returning to the forecast.

Next week and Invest 95L

After Sunday, our forecast will somewhat be determined by the evolution of Invest 95L, the system north of Hispaniola slated to move into the Eastern Gulf of Mexico this weekend. The National Hurricane Center has bumped up the probability of formation into at least a tropical depression to 50 percent over the next five days, and the waters over the eastern Gulf are generally favorable for some development. 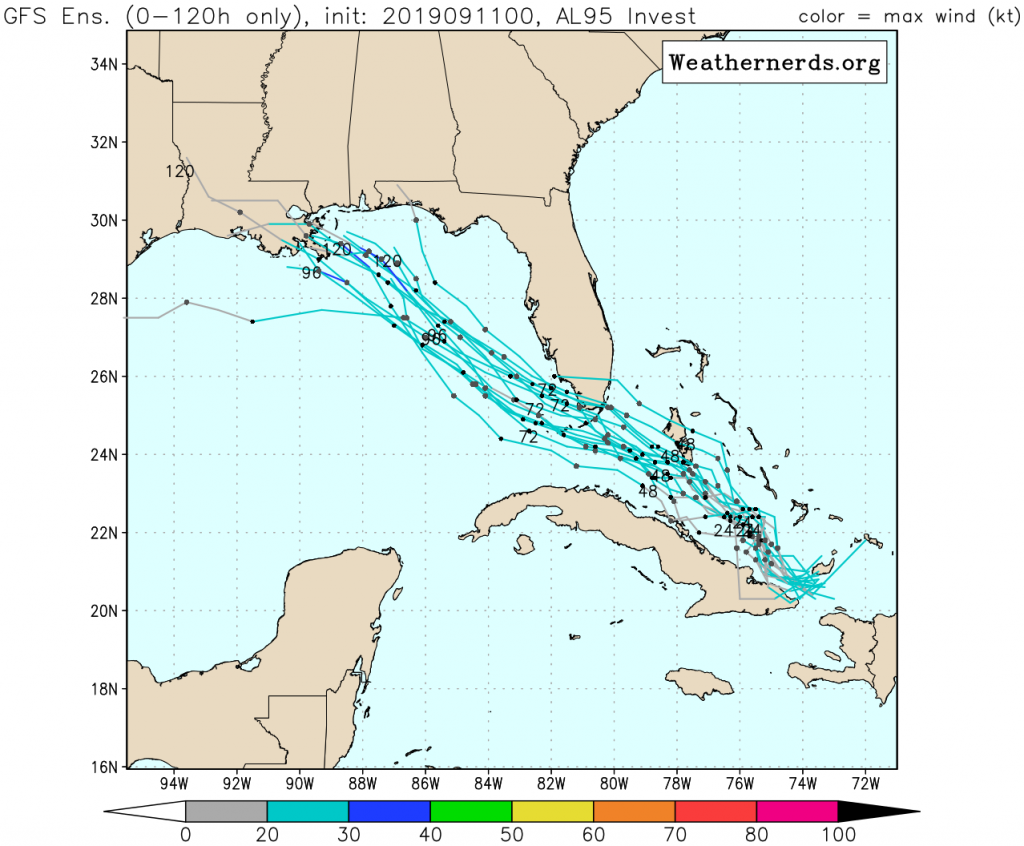 All of the model guidance at this point brings whatever Invest 95L becomes toward Louisiana or the northern Gulf coast. The GFS ensemble forecast (00z), shown above, is remarkably consistent. The European model (00z) is similar and even a little east of there in terms of predictions.

As usual, we can’t have much confidence in the track until a center of circulation has formed, and Invest 95L is a long ways from that. Depending on how far west this system gets, Houston may see a little rain, or a few inches. For now, we’re not overly concerned, and neither should you be. If this changes, we will update accordingly, from whatever time zone we’re located!

12 thoughts on “Another day of scattered storms, while also glancing at the tropics”