Welcome to the weekend! Some rain chances will return to Houston later on Sunday, and most days next week. But it’s nothing we’re concerned about. In response to a number of questions about the tropics, however, we wanted to provide an update on all of the activity out there. We have a lot of it in the Atlantic. 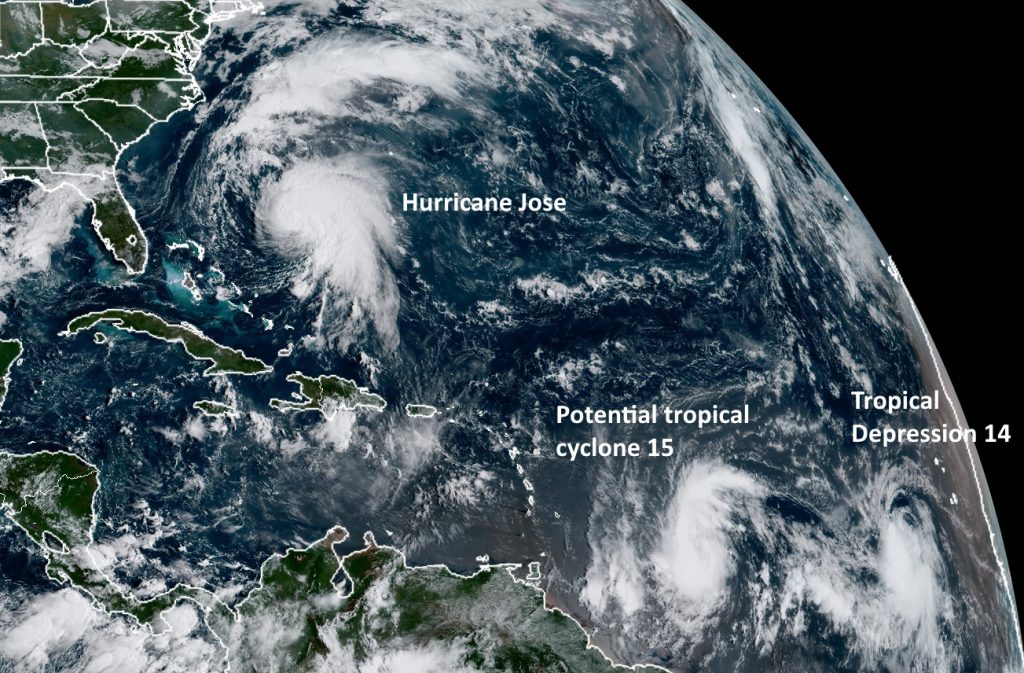 As we get deeper into September, the Atlantic tropics remain active. (NOAA/Space City Weather)

This storm, which has been waggling around the tropical Atlantic for days, finally is beginning to follow a track—and this track may eventually lead to some tropical effects for the East coast. Here’s a look at the European model ensemble forecast for the center of Jose on Wednesday morning, which shows a fairly large tropical storm or hurricane moving up the east coast, but offshore, early next week. 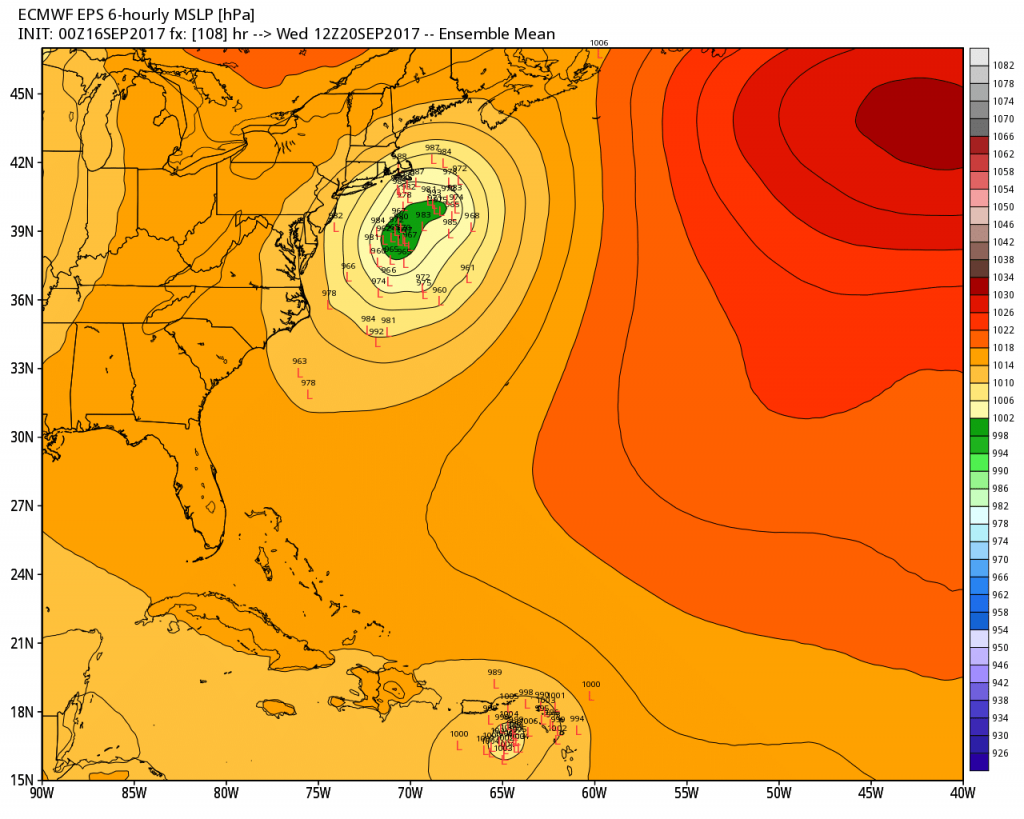 Most of the model guidance suggests the storm will turn northeast by around Tuesday or Wednesday, and this would keep the center away from Long Island and Boston, Mass. Right now for those locations I’d expect some gusty conditions and swells, but nothing too significant. Some areas of Boston and Cape Cod could see 2 to 4 inches of rain, but again, nothing too extreme.

If the track for Jose moves west and brings the center to shore, and the storm becomes stronger than forecast, its effects could become more concerning.

This system isn’t really of much concern, because wind shear should effectively crush it in two or three days, long before it reaches land. (Note in the 10am CT update from the National Hurricane Center, this became Tropical Storm Lee.)

Unfortunately this storm is likely to be of more concern as it moves toward the Caribbean islands next week, and potentially the United States after that. Right now areas like Puerto Rico and Hispaniola should begin to watch the development of this system closely as the cyclone has the potential to become a major hurricane next week. 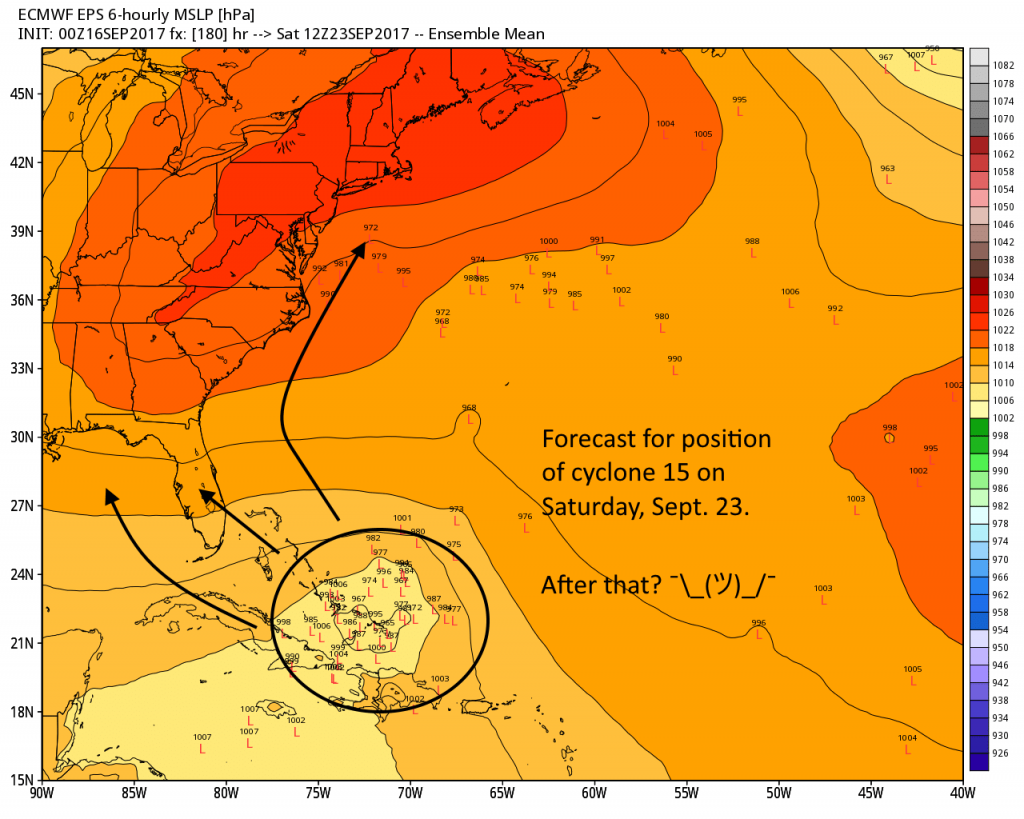 I’m pretty confident this storm is not a concern for Texas or western Gulf of Mexico at this time, but with this very active hurricane season I think we’ll need to at least pay some attention to the tropics for a little while longer. And we’ll do just that for you.