The high on Christmas Day in Houston was 54 degrees, and on Tuesday the high only reached 51. Nevertheless, those days will feel balmy compared to the next two days, when high temperatures probably won’t climb out of the 40s. After a slight warm-up this weekend, we can expect potentially even colder weather next week.

Very light rain is falling across the southern half of Houston, and this activity should slowly push offshore this morning. But that doesn’t mean the Sun is going to grace us with its presence. No, instead we’ll be left with a cloudy, gray day with highs in the mid-40s. The coldest day of the year came on Dec. 8th (44 degrees) and we may tie that today. 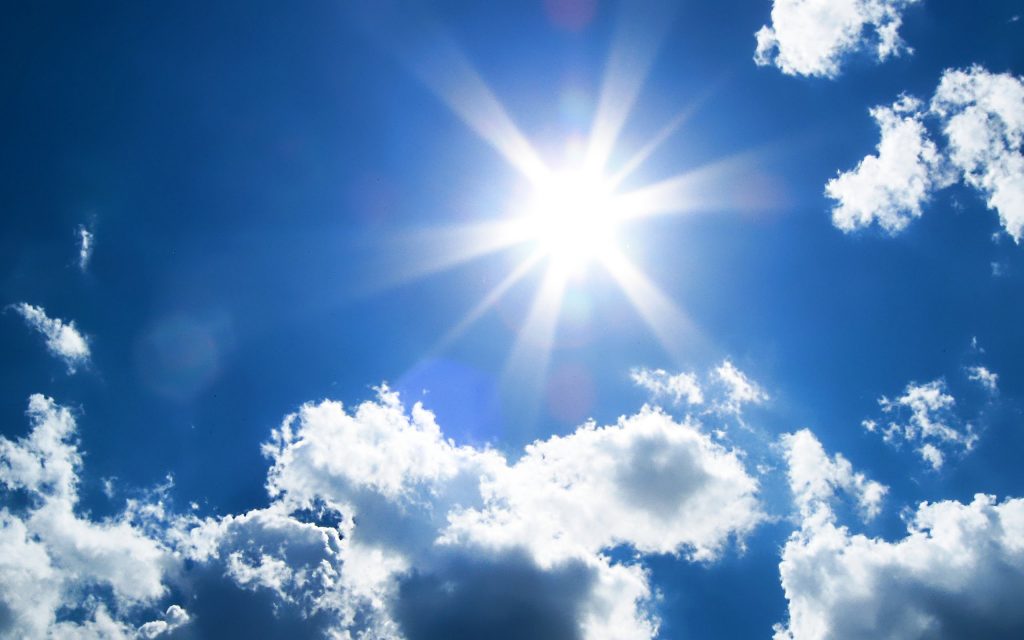 Do not be alarmed if you see this in the sky on Friday.

Moisture levels fall a bit, but I don’t think we can completely rule out a bit of drizzle during Thursday and Friday mornings. Thursday will remain cloudy, with a high of near 50 degrees, and Friday might actually nudge up into the mid-50s. Houston might also see the Sun for a time on Friday—please don’t be shocked when you see a big, bright, yellow orb in the sky. Nighttime temperatures will remain comfortably above freezing.

The forecast for the weekend has some questions, which will bear directly upon New Years Eve festivities (Sunday night). Highs this weekend should range from about 50 to 60 degrees, with mostly cloudy skies, and a continued chance of light rain. At some point on Sunday, or Monday morning, a strong Arctic front will push into the Houston area. This is part of a much larger system that will bring blistering cold into the central and northern United States. Houston will be on the periphery of this cold air mass, but we’re still going to feel it next week. 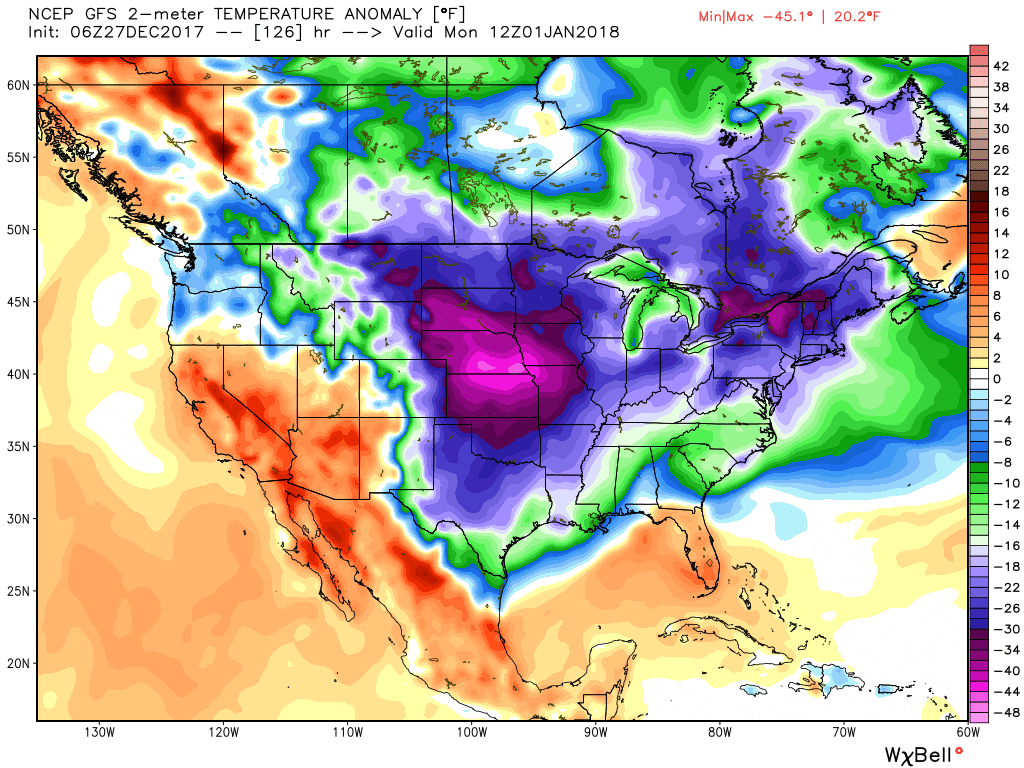 Anyway, the question is whether this cold air arrives on Sunday before the evening festivities, during the event itself, or on the morning of New Years Day. Some light rain could accompany the front.

The first week of 2018 looks very cold. Right now I’m looking at highs in the 40s, with nights in the upper 20s and 30s. If there’s a bright side its that we should finally see some more sunshine and the rain chances should die back to near zero. We’ll have to fine tune this as we get closer to next week, but we can have high confidence in very chilly weather.