2 pm CT Friday Update: Hurricane Delta is now moving north-northeast toward Louisiana, and will make landfall later this afternoon or early evening, likely around sunset. Delta has weakened slightly, to 110 mph, but because it has grown into a large storm it will push a powerful storm surge into Vermillion Bay and nearby areas. Its winds will batter areas already devastated by Hurricane Laura just six weeks ago.

The winds we’re feeling in Houston today are due to that expanding wind field. Galveston Island recently recorded a gust of 58 mph, to go along with sustained winds of 45 mph—above Tropical Storm levels. Further inland, many locations in Houston have recorded gusts of 30 mph or above today. These winds are probably about at their maximum levels, and will begin to wind down later this afternoon or early evening as Delta moves further to the northeast. 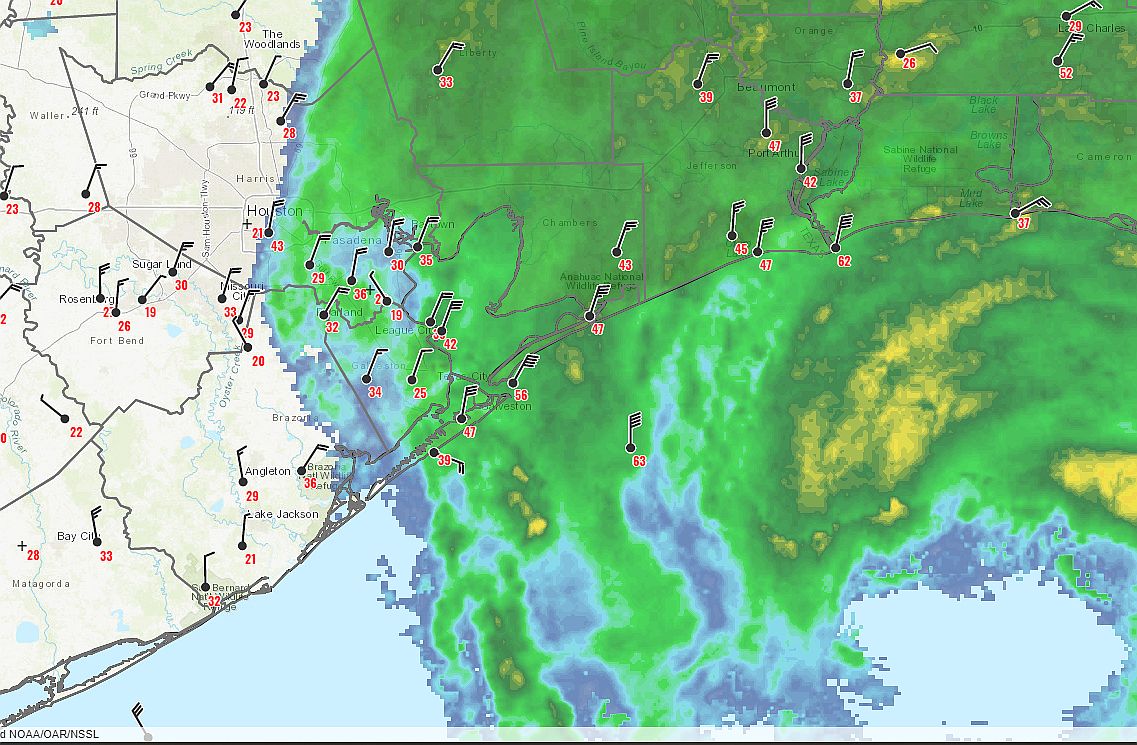 As expected, rains have been falling primarily over the eastern half of the metro area, with as much as 1 inch near Galveston Bay, while no rain has come down over West Houston. Expect rain chances to ebb later this afternoon and evening as well.

It’s a similar story with tides and waves along the coast, but the storm’s approach at low tide (this afternoon) is helping to mitigate some of the surge we’re seeing along the upper Texas coast. We still expect to see a fair amount of beach erosion.

Delta will move quickly away tonight. The bottom line is that beginning tomorrow, summer returns to Houston, with sunny skies and, by Sunday, highs in the 90s. With fair weather over head, we should probably be thinking about what we can do to help our hard-hit neighbors to the east in Louisiana. They have endured a terrible one-two punch from the tropics this year.

We’ll see you on Monday morning.