As the tropics heat up all around Texas—with Tropical Storm Fernand moving into Mexico and Hurricane Dorian threatening the southeastern United States—the big local concern is actually an emerging drought. With extremely hot and sunny weather forecast for awhile in Houston, a moderate drought could return to the region for the first time in nearly three years. We’re going to discuss that at the end of today’s post. 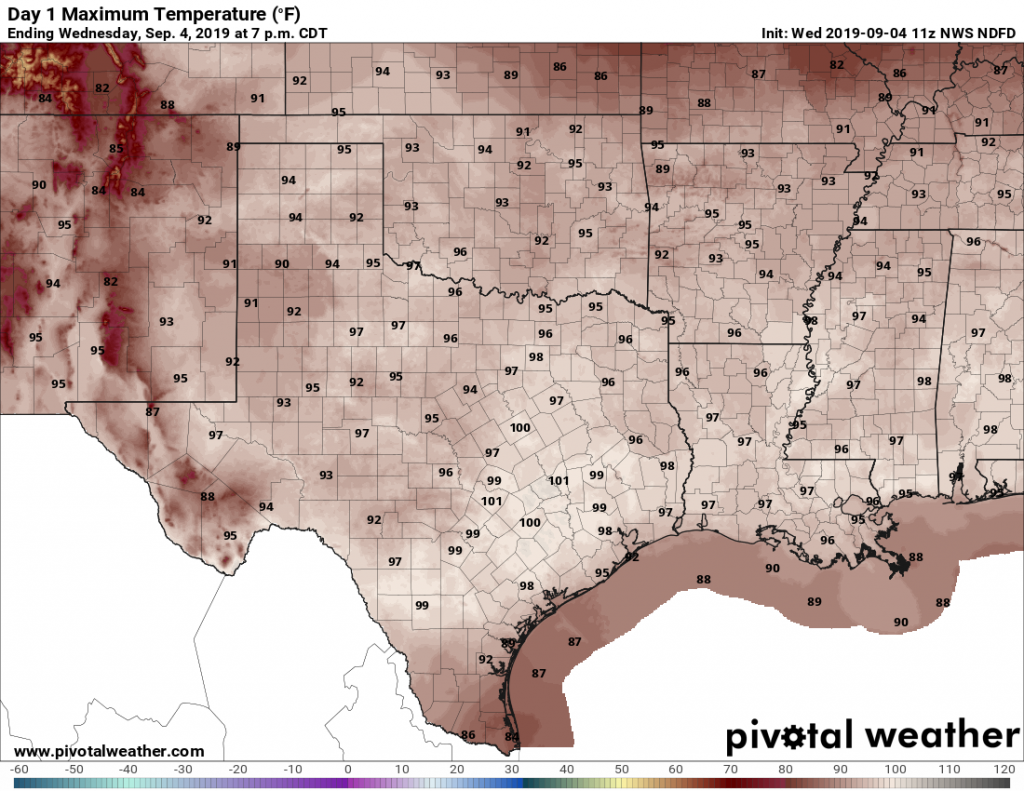 The heat will be on for Wednesday. (Pivotal Weather)

The forecast is more or less the same for the rest of the work week, with building high pressure over the state of Texas. We are going to see high temperatures near or at 100 degrees, lows around 80 degrees, and rain chances of effectively zero percent. The air mass will be a little drier than normal for “summer,” so the heat index won’t be quite as high as it was in August, but it’s still going to be really, really hot. We probably will set some daily high temperature records this week.

At this point, the weekend should bring more of the same. Make your beach or other outdoor plans with confidence.

High pressure should finally back off early next week, allowing for more moisture to work its way inland from the Gulf of Mexico. This should lead to the development of more clouds, along with some decent rain chances. But don’t expect too much. The global model ensembles, on average, forecast about one-half inch of rain for all of next week. Temperatures should drop back into the low- or mid-90s. Alas, there remains nary a whiff of a cold front in the models, sorry.

The western half of the Houston metro area, along with a chunk of the region northeast of Houston, have seen soils turn “abnormally dry,” which is the first step toward a moderate drought. 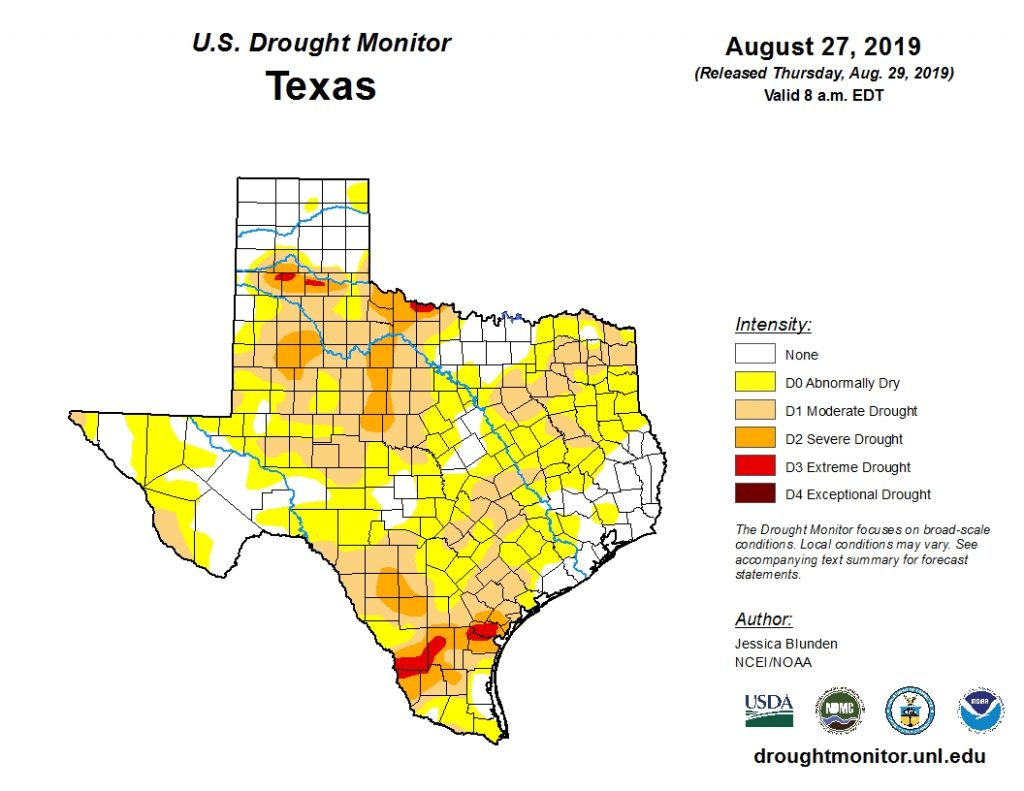 With almost a week of very hot and likely very dry weather ahead of us, we can probably expect the areas in yellow on the map above to turn into a moderate drought, and the abnormally dry areas to expand. This would be notable, because I do not believe any part of Harris County has fallen under “moderate drought” conditions since November, 2016.

The dry weather has really been amplified during the last month. If we look at a “percentage of normal” rainfall map for Texas for the last 30 days, we can see that much of the area received 50 percent or less of normal rainfall. 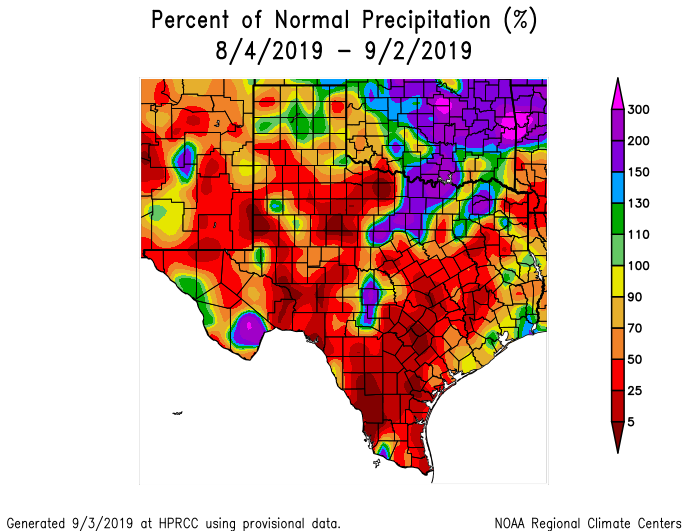 Percent of normal precipitation during the last 30 days. (HPRCC)

Only a small area of southeastern Harris, and northern Galveston and Brazoria counties has gotten above normal rains. If you live there, consider yourself lucky.