We will not touch the record high for Houston today, which is 108 degrees. If you lived in Houston, in 2000, you may remember the extraordinary heat wave of early September that year—this was the tail end of that period. Rather, Houston’s highs will “only” get up to around 100 degrees on Thursday as high pressure dominates the region. Rain chances are non-existent. Humidity will be a smidge below typical summer levels, which is about the only good thing that can be said about this heat. 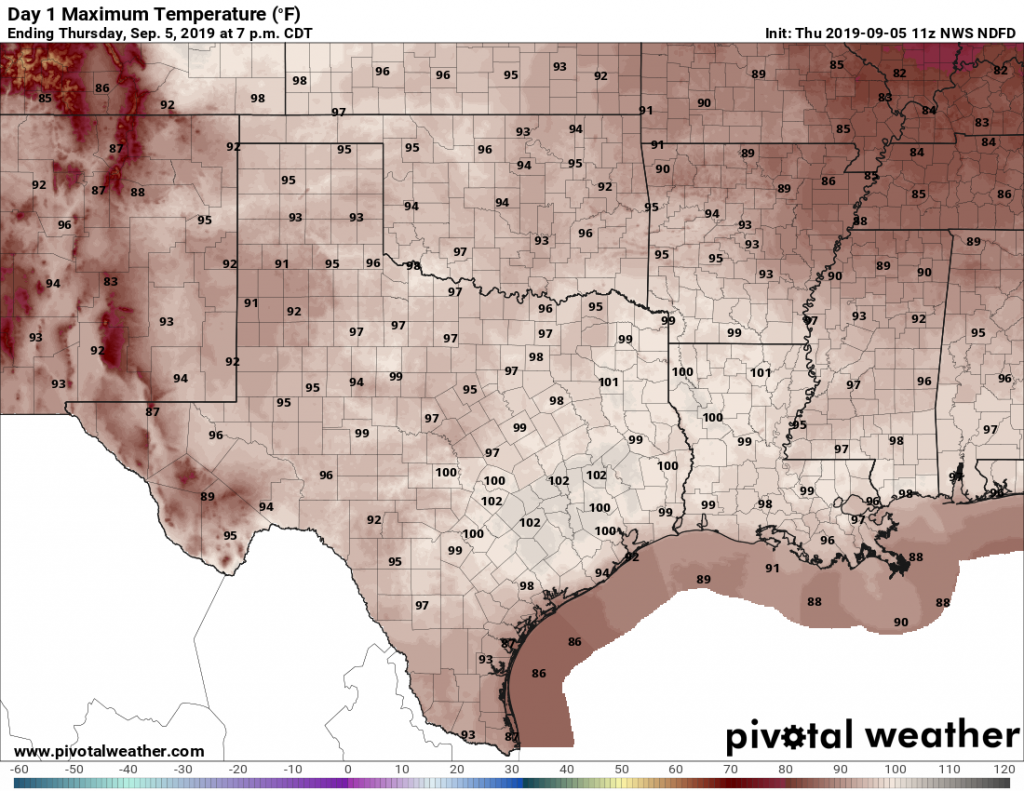 The heat is on, y’all. (Pivotal Weather)

The high record for Friday is 99 degrees, set way back in 1909. We are very, very likely to beat that as Friday’s highs should get into the low 100s for most of the city. You’ll note new banners from Reliant on today’s post—it’s because the late summer heat is putting a strain on the state’s electricity grid. Please conserve energy if possible during the hottest part of the day.

We’ll see more heat this weekend, with high temperatures likely to be equaled or exceeded on Saturday (98 degrees, in 1963) and Sunday (100, in 1907). Rain chances, of course, remain near zero.

The really frustrating thing about this heat is that it’s difficult to find too much relief in the near term. Perhaps by Tuesday, or so, of next week we’ll see some atmospheric disturbances working their way into the region which will nudge rain chances up to 20 or 30 percent. But highs are likely to remain at least in the mid-90s. 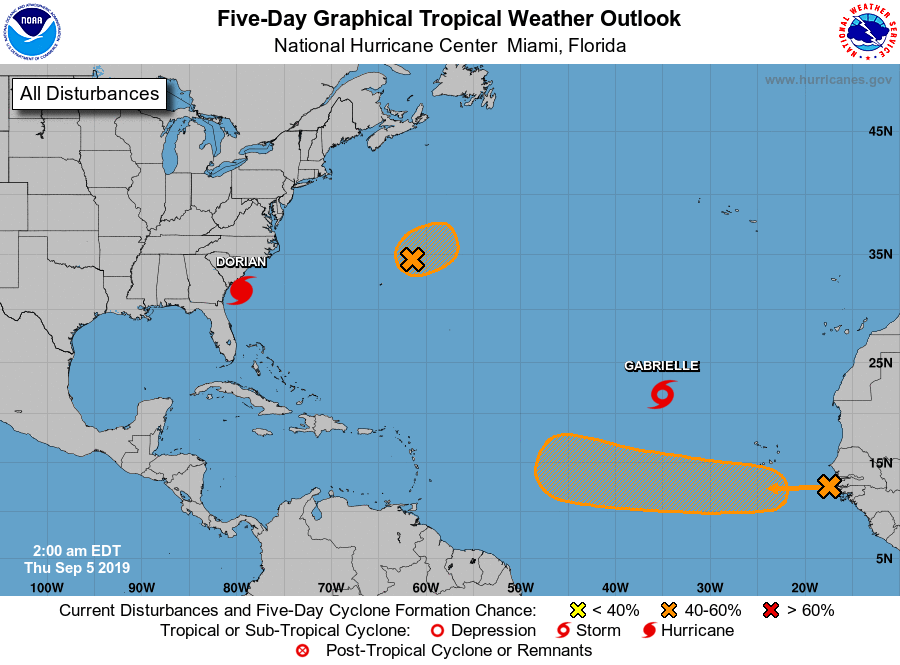 The Atlantic tropics are active in September, as one might expect. Hurricane Dorian has strengthened back into a major hurricane this morning, and will bring some misery to the coastal Carolinas today, before pulling away from the continental United States. Elsewhere, there’s a lot of activity, but nothing that is really threatening land. Longer-term, at least over the next 7 to 10 days, we don’t see any significant threats to the Gulf of Mexico.