We had a few more thunderstorms yesterday, with a handful of areas (but a fair amount of population) seeing some rain. We may repeat that today before drier weather returns for the weekend. As for the Fourth, well, it’s going to be a close call.

Look for a very similar day Friday to what we saw on Thursday. We’ll see a handful of showers or rumbles of thunder once more. There’s a very small chance that areas northeast of Houston could see a bit more activity today. Otherwise, sun, clouds, and hot. We’ll make another run for the low- to mid-90s. Haze may become a bit more obvious today as the leading edge of the Saharan dust plume arrives in Texas 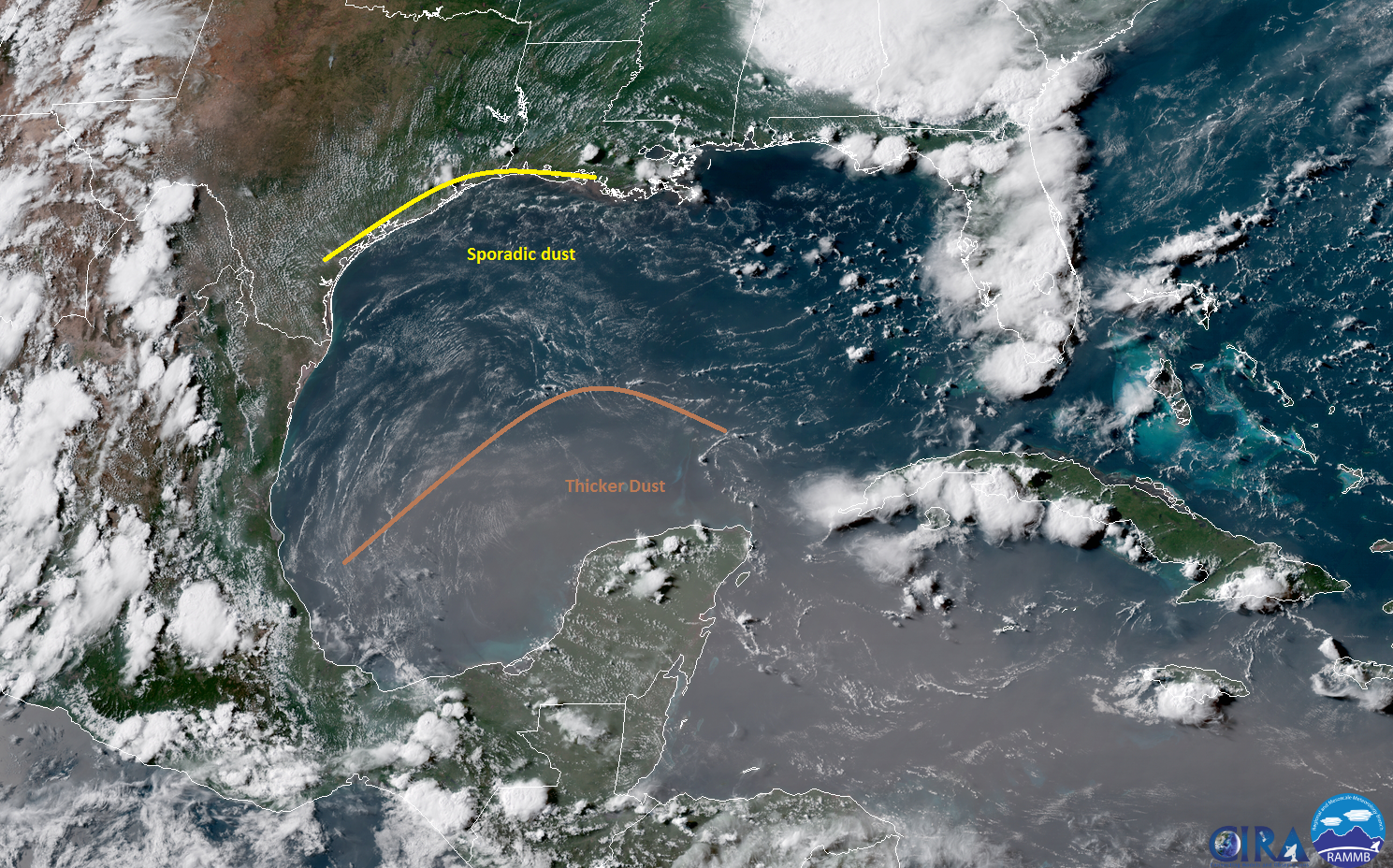 There should not be much weather to speak of this weekend. It will be dry and hot. Look for high temperatures in the mid-90s on average. Monday may end up being the hottest of the three days, and I wouldn’t be surprised to see Houston register a 96 and 97 by then. Rain chances are almost never zero in Southeast Texas in summer, but this weekend will be close. We don’t expect much in the way of afternoon showers, even on the sea breeze right now.

We’ll continue to deal with dusty skies, which could again degrade air quality in Houston, so take it easy if you’ll be outdoors. I know this is Texas and most of us are used to the heat, but, coupled with the haze and dust, this weekend will probably feel just a tinge worse than usual. Drink plenty of water, take it slow, and check up on anyone you know that may be vulnerable in the heat.

What happens next week is still very uncertain. Weather models all seem to agree on some sort of upper level disturbance or trough swinging across the northern Gulf from the east, underneath the major dome of heat in the Eastern United States.

As of right now, I suspect Tuesday will be fine in Houston. We could see a shower or storm on the east side of the city, but for the most part, it looks fairly quiet. By Tuesday night and Wednesday, that disturbance should be pushing through bringing more scattered showers and storms. Despite decent agreement on the big picture scenario and timing, our weather modeling disagrees significantly on details. Some indications are that we could see heavier rainfall and strong storms. But there are other indications suggesting it won’t be that bad. At this point, I will not even try to tell you whether or not fireworks and outdoor barbecue weather will be “a-go” Wednesday evening.

Our message remains pretty consistent as it has since earlier this week: If you are planning to host or attend outdoor events on Wednesday, you will need to keep tabs on the forecast as we get closer. We should hopefully know much more by Monday. But as of now, just keep an eye on trends. 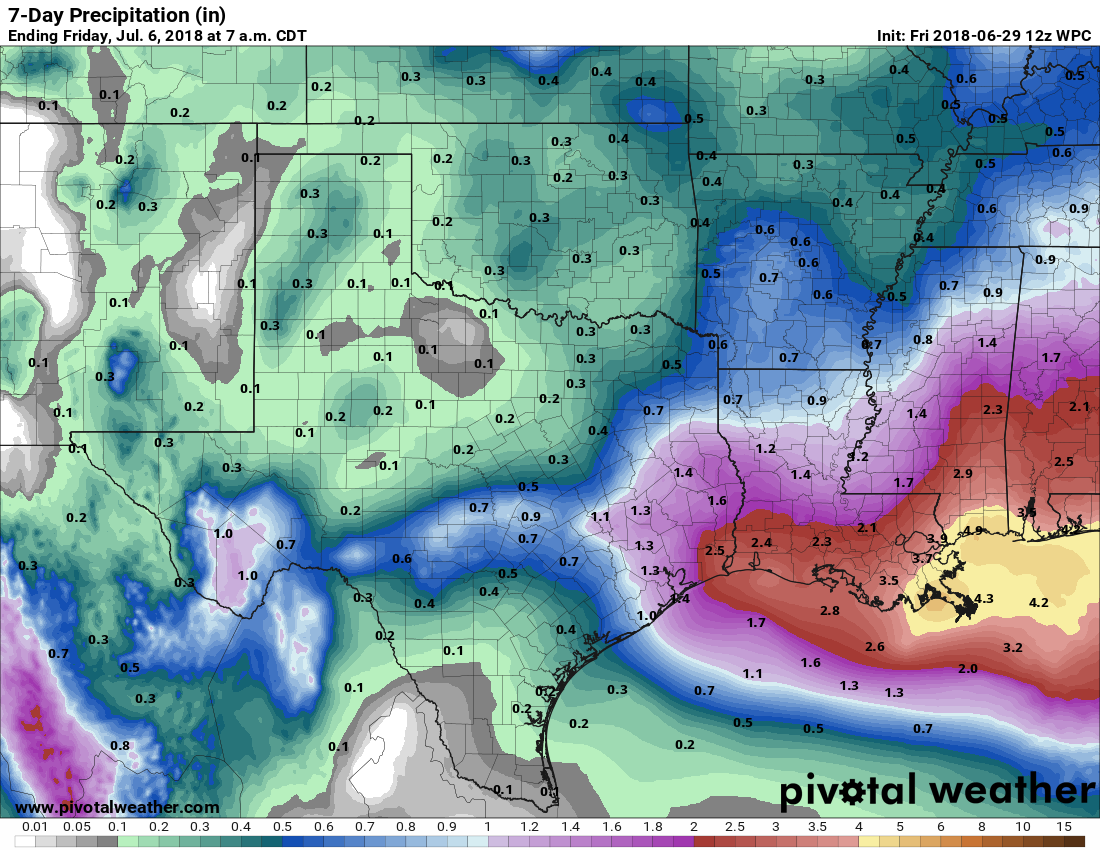 The official National Weather Service rainfall outlook suggests an inch or two or rain will be possible next week. This could change a bit between now and then, so keep tabs on the forecast. (Pivotal Weather)

Right now, official rainfall forecasts suggest an inch or two of rain in the region. This could change a bit between now and next week, with both higher and/or lower amounts possible. But based on everything I’ve seen this week, I believe most of us will see at least some rain, possibly heavy at times, between late Tuesday and early Thursday.

We will keep you posted and have more on Monday.