It had not rained in September in Houston—at all—until a few areas saw some showers and thunderstorms this morning. Places like Oak Forest picked up about one quarter of an inch. This is indicative of an area of low pressure in the mid-levels of the atmosphere that will bump up rain chances over the next few days. Not everyone will get rain, but certainly this is the region’s best chance in more than 10 days.

It’s difficult to say what conditions will be like today. Some of the forecast models are pretty aggressive with rainfall later today, especially east of Interstate 45. Others show almost no development. Helpful, isn’t it? I’m going to side with the more bullish models and say the region has a healthy 40 to 50 percent chance of rain, especially during the afternoon hours. Some clouds should help cap high temperatures today in the mid-90s. 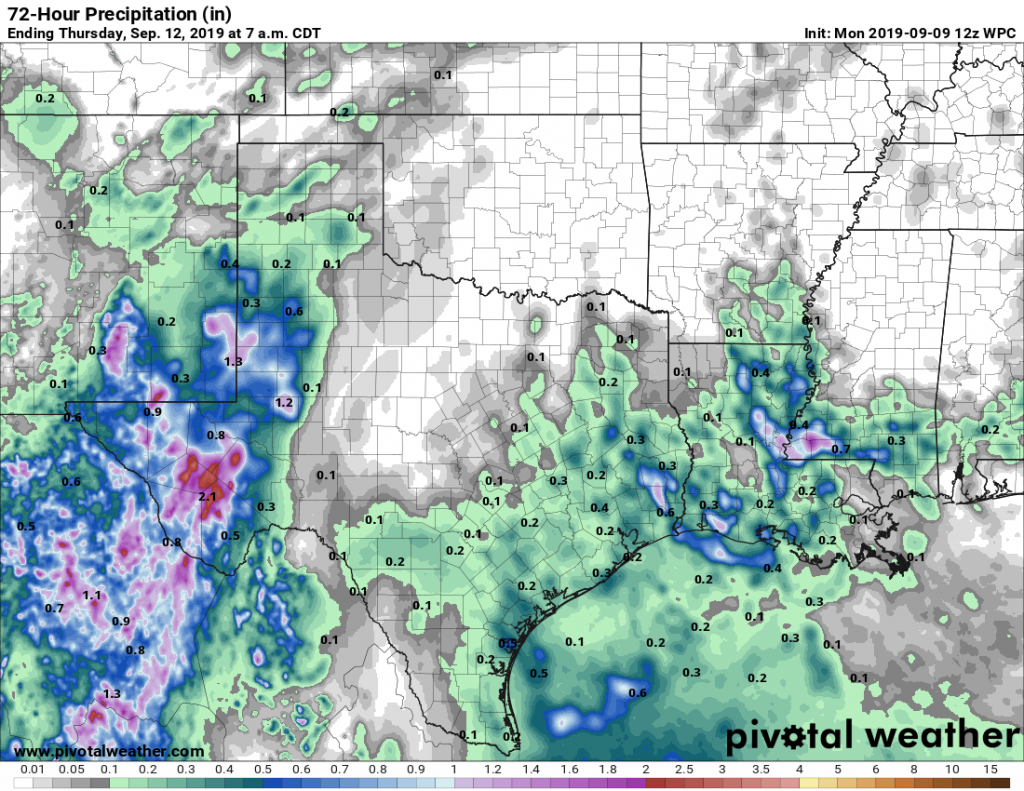 Whatever happens today should provide some better guidance for what occurs on Tuesday and Wednesday, but right now I’d peg both days as having about a 40 percent chance of rain, with high temperatures in the low- to mid-90s.

High pressure should begin to assert some control over Houston’s rain chances toward the end of the work week, so I put them only at about 10 to 20 percent, with ample sunshine. Highs will likely come out somewhere in the mid-90s.

Right now the weekend looks mostly hot, and mostly sunny, with high temperatures in the low- to mid-90s. I guess we should be happy that we’re probably not going to push 100 degrees? Rain chances are likely to be low, but we can’t say for sure whether they’re closer to 20 percent or zero.

Long-range models are still really not showing anything in the way of a real front for about two weeks. After that the upper-level pattern may begin to change enough to let fall maybe begin to happen. We’ll see.

We’re continuing to see no real threats to Texas in the Atlantic tropics. About the most interesting thing right now is the possibility of some tropical moisture moving into the central Gulf of Mexico next week. 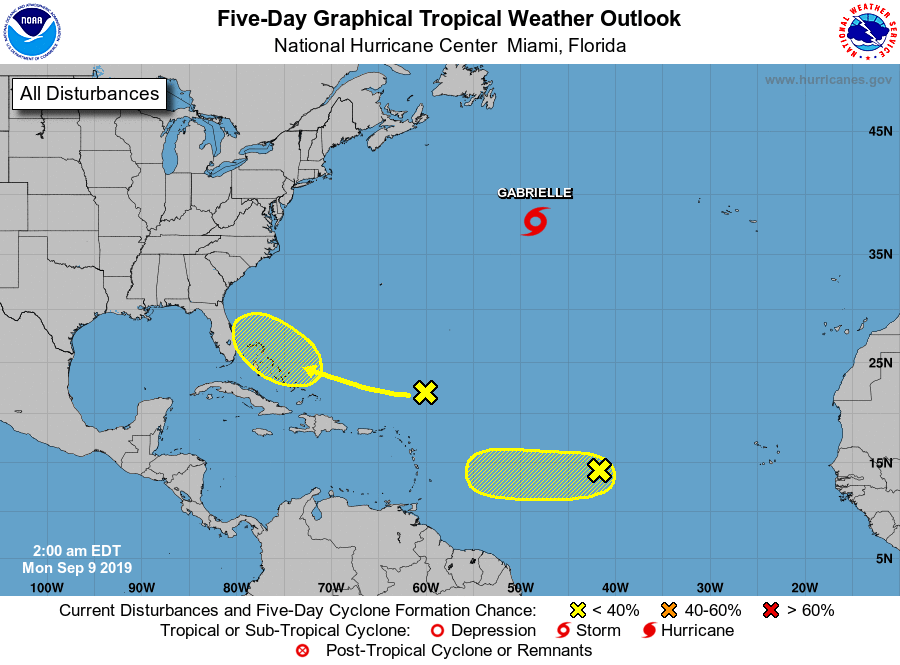 While we’ll watch that. the most likely scenario is that it brings some moderately elevated rain chances to Louisiana at some point next week.

6 thoughts on “Extreme heat, dry weather may finally be breaking”