Autumn is really just a state of mind. In Houston it has to be because you certainly would never know it was just about autumn by stepping outside. The high temperature on Thursday was 99 degrees at IAH Airport. Hobby managed to hit 96 degrees. This heat will continue.

Expect mostly a rinse (without the water) and repeat weekend of weather here in southeast Texas. We will have sunshine and heat. High temperatures should flirt with 100 degrees each day for Houston and points north and west. Coastal locations should top off in the mid-90s. Morning lows should be in the mid- to upper-70s. It may be a degree or two less hot on Sunday. 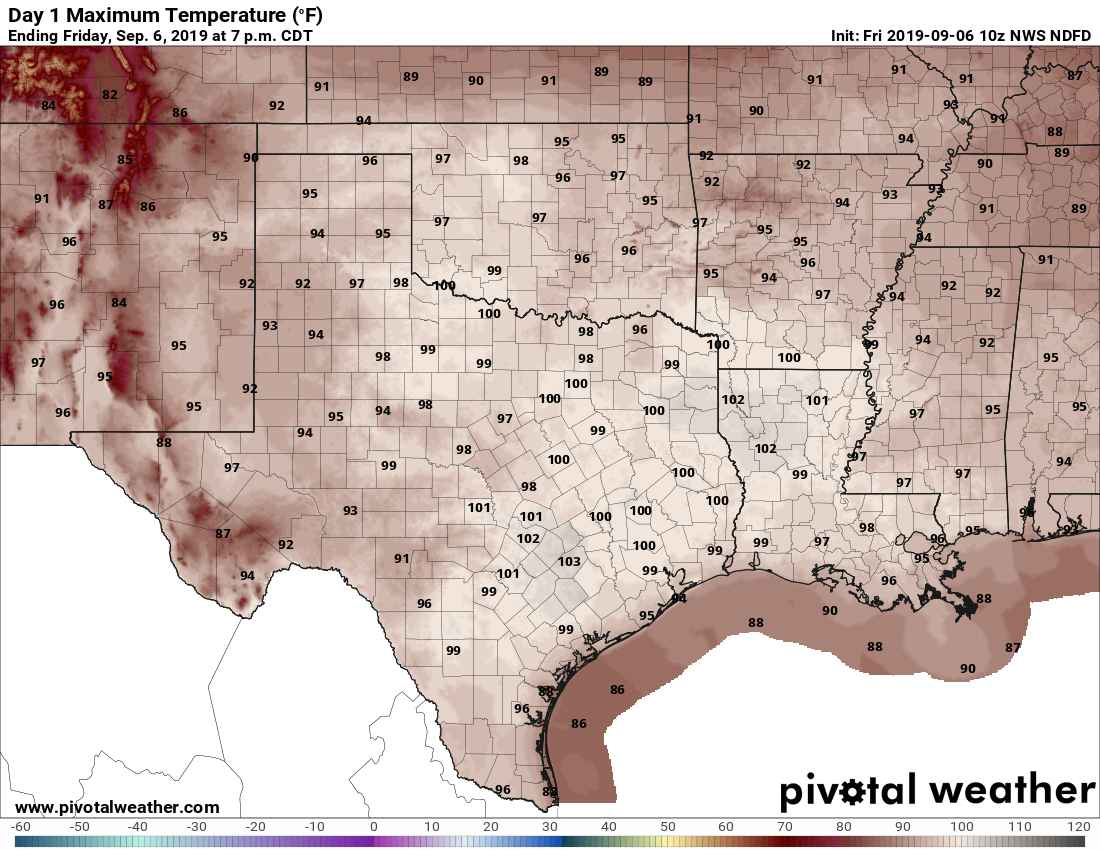 It should be around or above 100° all across eastern Texas and Louisiana today. (Pivotal Weather)

As Eric noted yesterday, we will definitely have a good shot at tying or breaking some long standing record high temperatures today and tomorrow. Sunday will still be possible but probably a bit less likely. The records:

Stay cool and do your best to conserve energy, particularly today.

The dome of high pressure responsible for our surge of September heat is going to migrate off to the east next week. It won’t be far enough away to allow any kind of meaningful cool air to drop through the Plains, but it should be enough to at least allow sea breeze showers each day off the Gulf. This would be of the 20 to 30 percent chance variety. I would expect mid-90s each day, along with a bit more more humidity.

Forecast confidence obviously diminishes for late next week, but we see a couple trends. High pressure over the Southeast may actually try and backtrack toward us once again. Should that occur, look for diminishing rain chances and a return of mid- to upper-90s days. I wish we had better news for those seeking a cold front. It’s just not in the cards for at least the next 7 to 10 days, probably longer.

Hurricane Dorian’s flirtations with the United States are nearly complete this morning. In the end, there is a chance it will not have made landfall in the Lower 48 at all. Dorian’s eye is just south of Ocracoke Island, NC this morning and will graze or briefly wobble ashore at Cape Hatteras in a few hours. 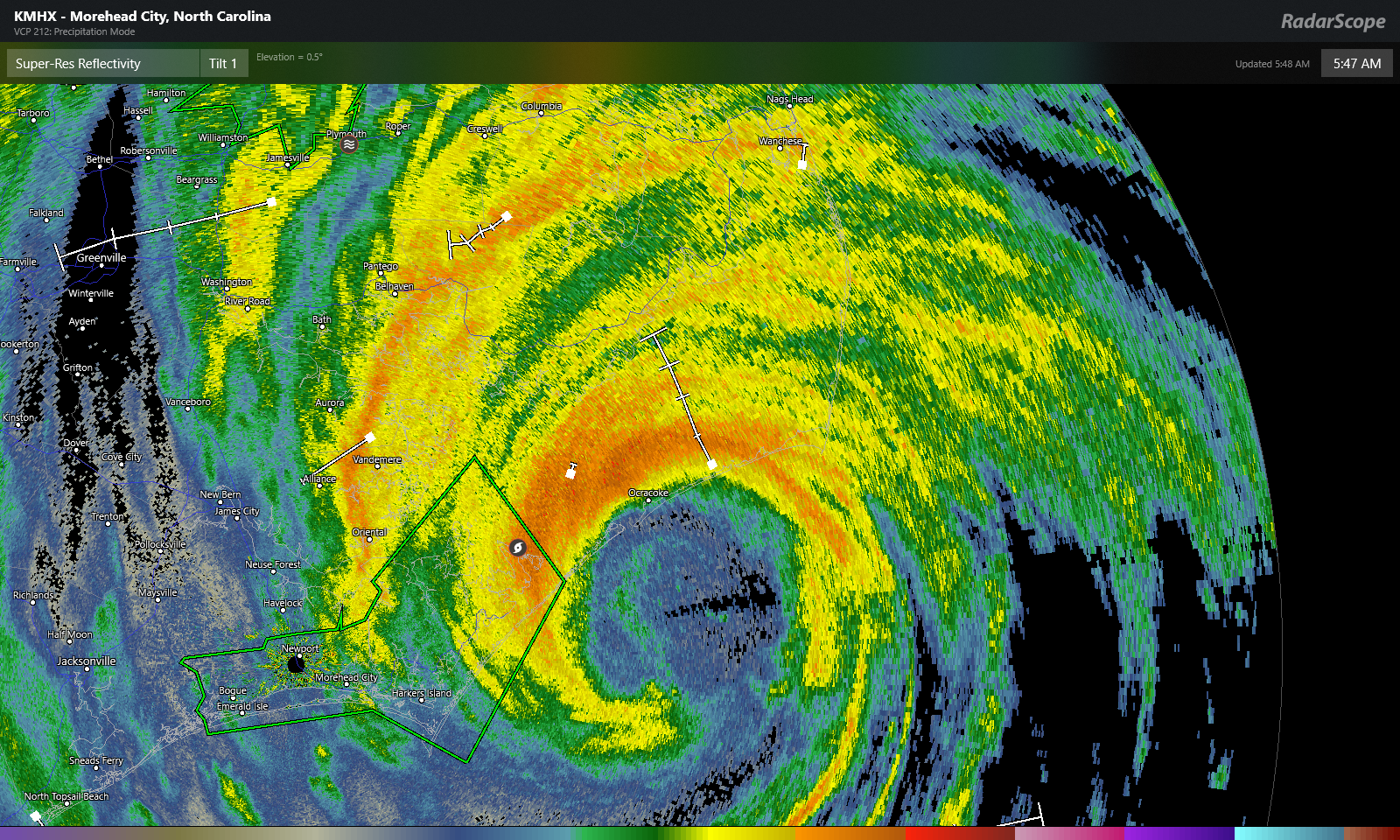 Dorian’s eyewall is bringing tropical storm and borderline hurricane conditions to the Outer Banks of North Carolina this morning. (RadarScope)

Elsewhere, the next disturbance to watch is newly designated “Invest 94L.” That one takes a track across the Atlantic to the west, and it should arrive in the Lesser Antilles in a little over a week. Most modeling indicates that this disturbance or one behind it will end up somewhere in the western Atlantic, be it heading out to sea or perhaps off the East Coast in about 12 to 14 days. There is no reason for us in Houston to worry much about this one right now. We will let you know if that changes.

13 thoughts on “September sizzle slogs along”