Not every part of Houston received rain on Wednesday evening—some parts of Katy, Kingwood, and Galveston saw a lot of lightning, but precious little precipitation. But for much of the metro area, the rain did come come, in sheets, falling onto dry ground and streets so hot after seven days of 100-degree heat that they steamed afterward. For me, it brought to mind a classic Steve Earle song, The Rain Came Down, about a farmer desperate for rain, with lyrics such as, And the rain came down, Like an angel come down from above. It did feel pretty amazing. 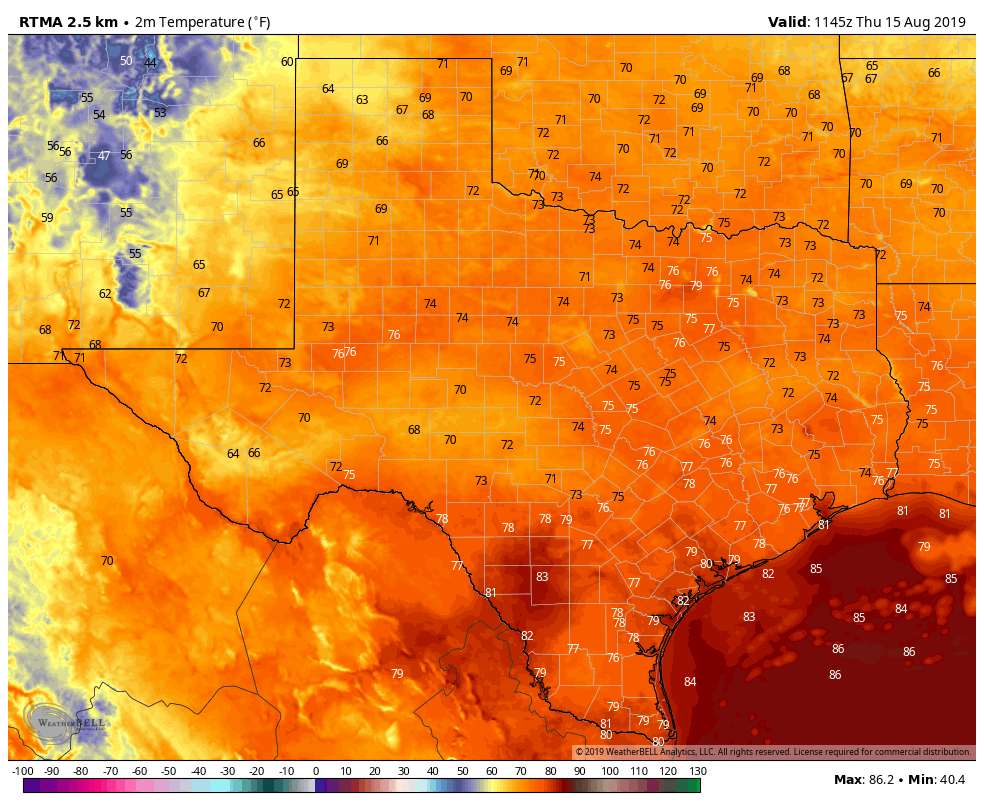 On Thursday morning, Texas is quite a bit cooler than it’s been. (Weather Bell)

For all but the immediate coast, temperatures have fallen this morning into the mid- to upper-70s, which is cooler than most of the last week. With partly sunny skies, we’re still going to see a warm day today, with highs likely reaching into the upper 90s. (It is mid-August, after all). The focus for showers and thunderstorms today will likely occur closer to the coast. High-resolution models indicate the potential for active weather to the southwest of Houston, in Fort Bend and Wharton counties, as well as to the east in the Beaumont area. But with that said, I think rain chances in the Houston metro area itself are probably about 40 percent this afternoon and evening.

This should be a bit drier of a day, with perhaps only 30 percent rain chances and mostly sunny skies. It will remain quite hot, with highs in the upper 90s, and a few inland areas possibly seeing 100 degrees.

The weekend forecast remains difficult to nail down because the Houston region looks to be in the middle of high pressure to the west, and low pressure over the upper Midwest. As a result our weather could really go two ways—trending hotter and drier, or opening up to Gulf moisture and seeing passing rounds of storms. For now, rain chances are probably about 30 percent on both days. Hopefully Matt can make some sense of this in Friday’s forecast outlook.

The first half of next week looks pretty hot with continued scattered showers. After that, there are some indications that we’ll move into a more moderate pattern temperature wise. But as high pressure backs off, we may become more susceptible to rainfall from the Gulf of Mexico. However, it’s too early to have much confidence in this scenario, or any details.

The Atlantic tropics remain quiet, a welcome sight in mid-August. However, as we’ve been saying, the second half of the month may become more active, as there is some indication in the ensemble forecast models that the western Caribbean Sea or Southern Gulf of Mexico may see some development 7 to 10 days from now. 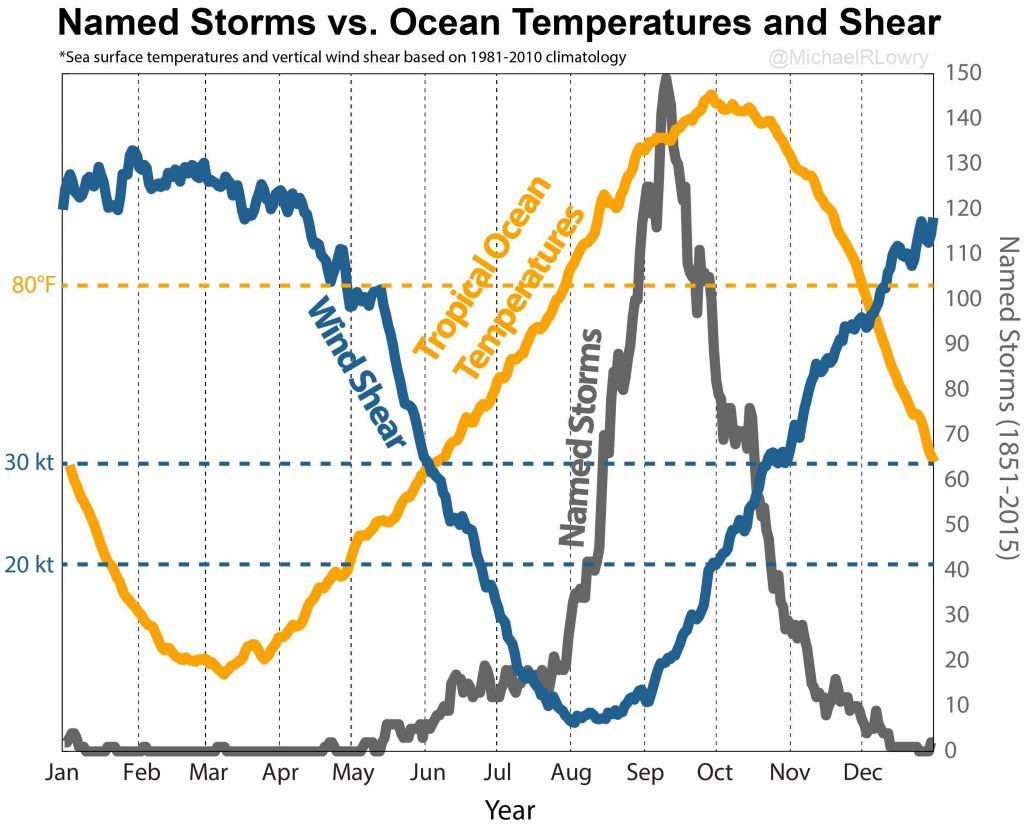 This is not something to be particularly concerned about right now, for sure, but we are at that time of year when ocean temperatures are near their peak, and wind shear near its lowest. So we’re paying attention.

22 thoughts on “Finally, some relief from a dead hot pattern over Houston”