Thursday broke the streak. We fell one degree short of 100° officially, after 7 straight days of 101°+ in Houston. We don’t think we will hit 100° again for a bit, though I suppose one could sneak in here at some point over the next few days under the right setup. Regardless of all that, it continues to look hot and unpleasant for the foreseeable future, but at least we can mention a chance of rain almost every day.

Radar this morning is already showing some showers and storms, mainly along the coast or east of I-45. 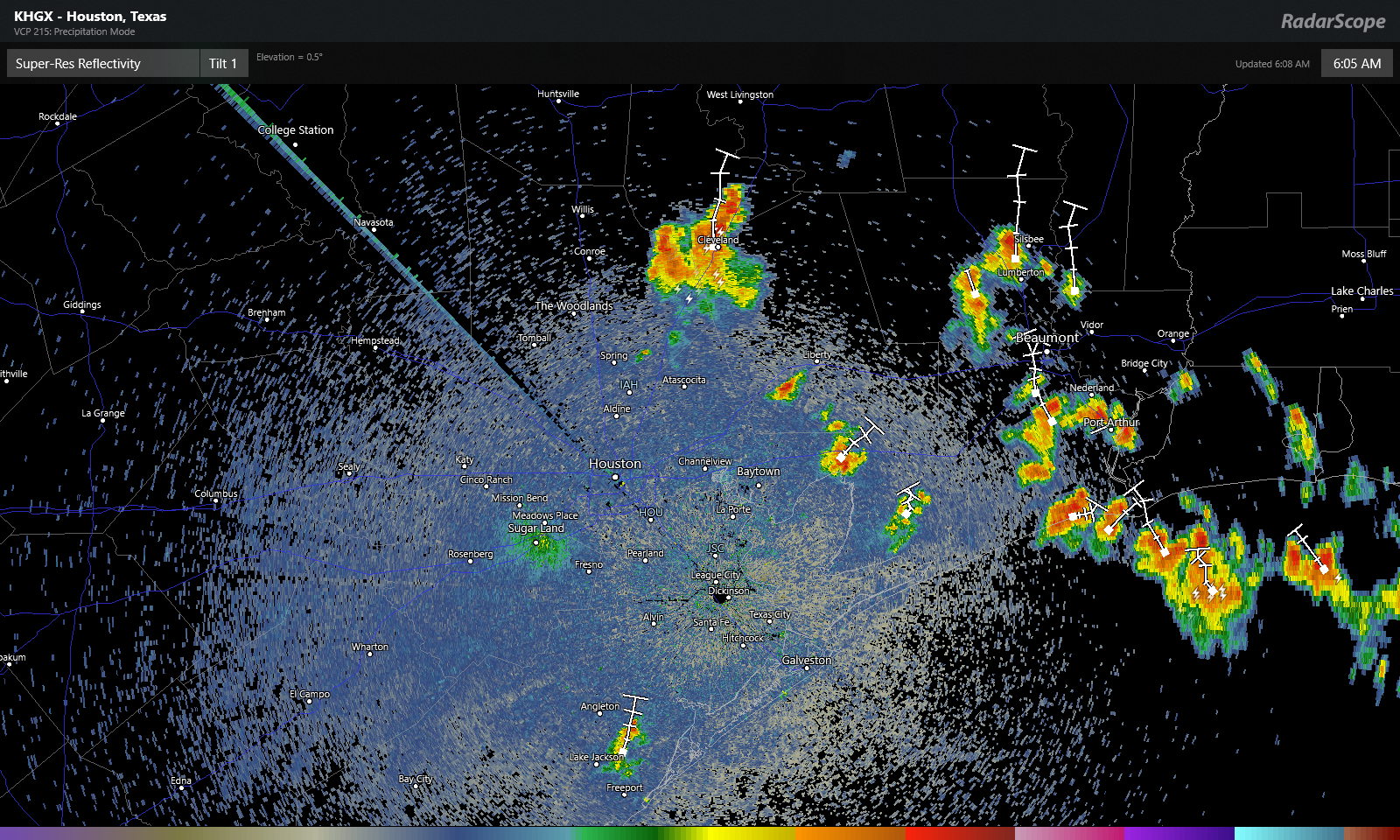 Radar as of 6 AM showed showers and storms mainly east of Houston, slowly drifting northward. (RadarScope)

The storms were slowly drifting to the north. These should gradually fade this morning, and we’ll expect sun and clouds with high temperatures aiming for the upper-90s once more. Air quality today will be fairly poor, so if you fall into “sensitive groups” on days with high ozone levels, you will want to take it easy and stay indoors when you can. A few additional showers are possible this afternoon with daytime heating, but like yesterday, consider yourself lucky if you see one.

Both Saturday and Sunday look pretty standard for what we normally expect in the back half of August. Look for a mix of sun and clouds on both days. Saturday will see isolated to scattered showers or storms in the afternoon. Sunday will probably see slightly fewer showers. Rain chances will be highest as you go to the east of Houston. So Baytown likely has higher odds of seeing a shower than Katy this weekend.

High temperatures will likely top off in the mid- to upper-90s, while morning lows will remain steamy at around 80 degrees.

As high pressure in the upper atmosphere flexes again over Texas early next week, look for hot weather and minor rain chances each day. We will see if any disturbances can boost rain chances on one of the days. All three days should top off in the mid- or upper-90s, with lows near 80° or just a little lower.

As we’ve been telling you, the tropics won’t stay quiet forever, and it appears we will have something to watch in our backyard as early as late next week.

For several days now, modeling has been at least hinting at a possible disturbance near the Yucatan next week that tries to drift into the Gulf. Most modeling seems to be on board with this scenario. They differ markedly on the details, as is usually the case this far out, with the GFS ensemble modeling aggressively trying to organize a tropical system, while the European model and ensembles remain mostly disorganized or weak. They also differ on track, with the GFS favoring the Texas or western Louisiana coasts, while the Euro is a bit broader, keeping options open between Florida and Mexico. 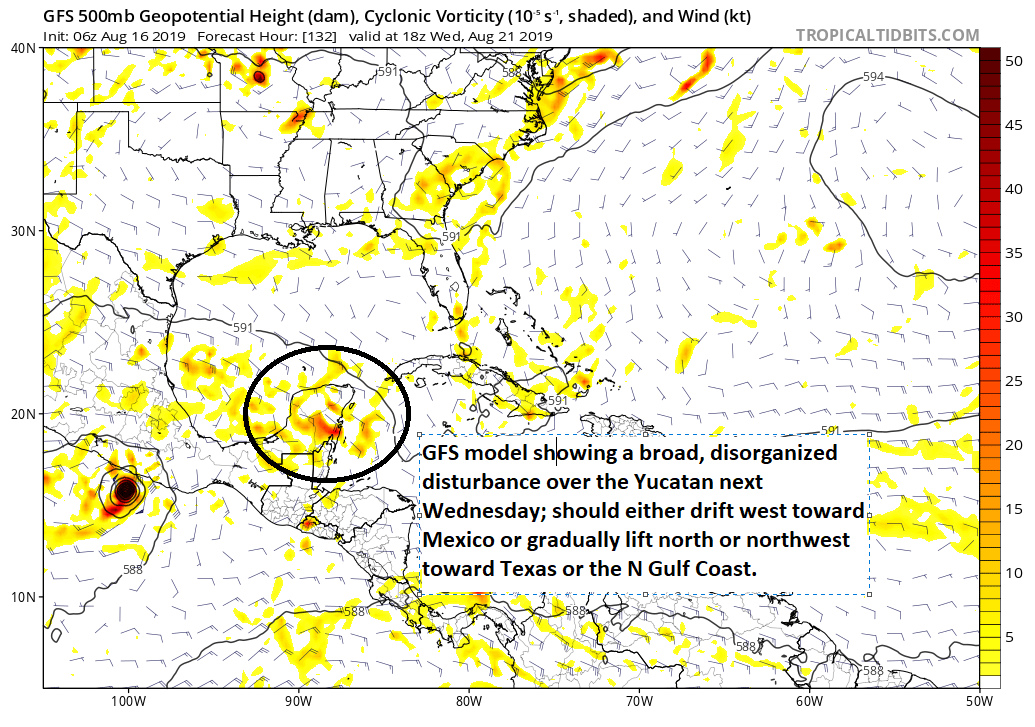 The GFS model has the disturbance still disorganized on Wednesday, sitting over the Yucatan. From here, numerous possible options exist, the most commonly show on models being a disorganized or loosely organized rainmaker for Texas or Louisiana next weekend. A long way to go on this, however. (Tropical Tidbits)

It is far too early to speculate on the details around what may happen late next week. But regardless or whether or not an organized system develops, there will likely be an increase in rain chances between the Coastal Bend and Louisiana late next week or weekend. In the Atlantic, things remain quiet for another week to 10 days or so before we should begin to see some nascent activity. Eric and I will keep you posted and have a full update on this Sunday or certainly Monday.