Good morning. Just a quick note before today’s post—I wanted to say thank you to the 250 or so people who came out to the Houston Museum of Natural Science on Tuesday evening to hear Matt and I talk about the site, weather, hurricanes, and more. It was wonderful to meet so many of you, especially the two lovely young women who read this site to their mom every morning for practice—I’ve forgotten your names, and I’m truly sorry—but I promise to keep everything PG!

Change is coming slowly to Houston, but we’re still going to see another very hot day. The city has now recorded six consecutive days of 101-degree temperatures, and I don’t quite think we’ll get there today. But a heat advisory remains in effect, and we’ll at least get into the upper-90s if not 100 degrees. 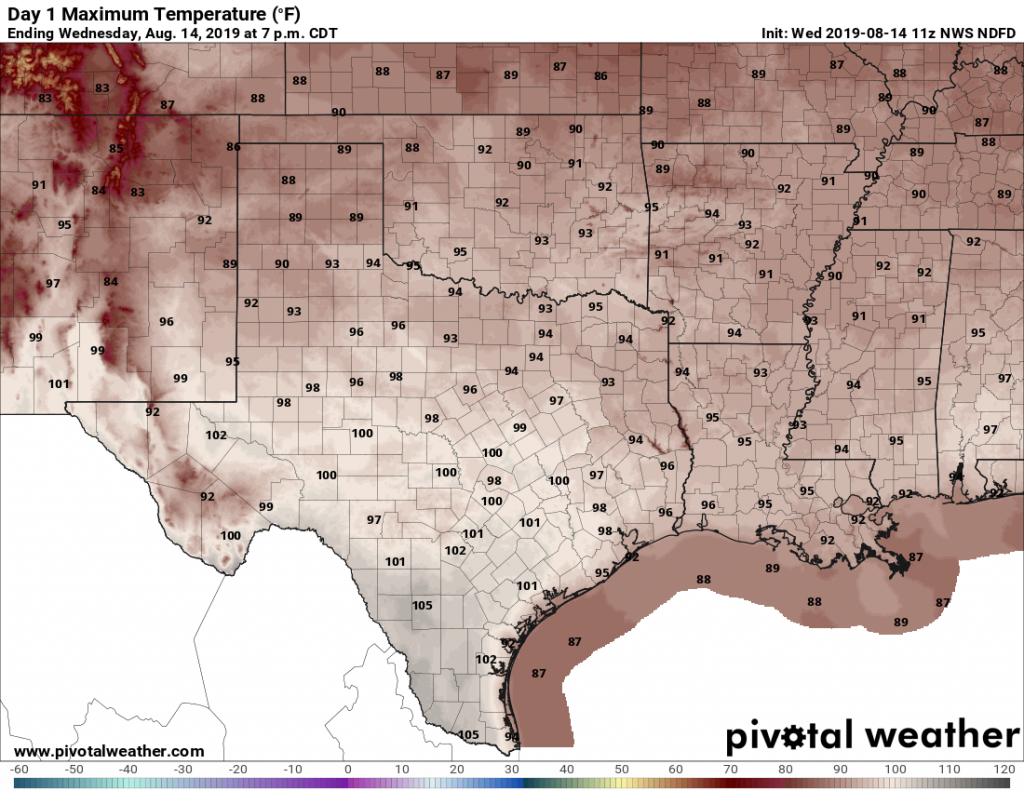 Texas highs should generally be 2 to 5 degrees cooler than they were Tuesday. (Pivotal Weather)

Nevertheless, change is on the way, with high pressure finally beginning to back off to the west. This should allow for a fairly healthy—40 or 50 percent?—chance of showers late this afternoon and evening as the sea breeze migrates inland and collides with a disturbed atmosphere moving south. For the most part accumulations will be measured in the tenths of an inch, but a few heavy thunderstorms may drop more. Lows tonight will still be in the 80s.

A more disturbed atmosphere in the wake of Wednesday’s shower activity should produce another healthy chance of rain on Thursday, around 40 percent. Partly cloudy skies should also help “moderate” temperatures into the mid-90s, although areas that see a lot of sunshine during the afternoon hours may get into the upper-90s.

We’re going to remain under a somewhat unsettled atmosphere for most of the weekend and, when combined with moist air moving in from the Gulf of Mexico, each day is going to see a 30 to 40 percent chance of showers. This shouldn’t be a washout by any stretch of the imagination, as skies should be mostly sunny, most of the time, with highs in the mid-90s. However, if you’re planning outdoor activities you will probably want to have a contingency plan to duck inside briefly. 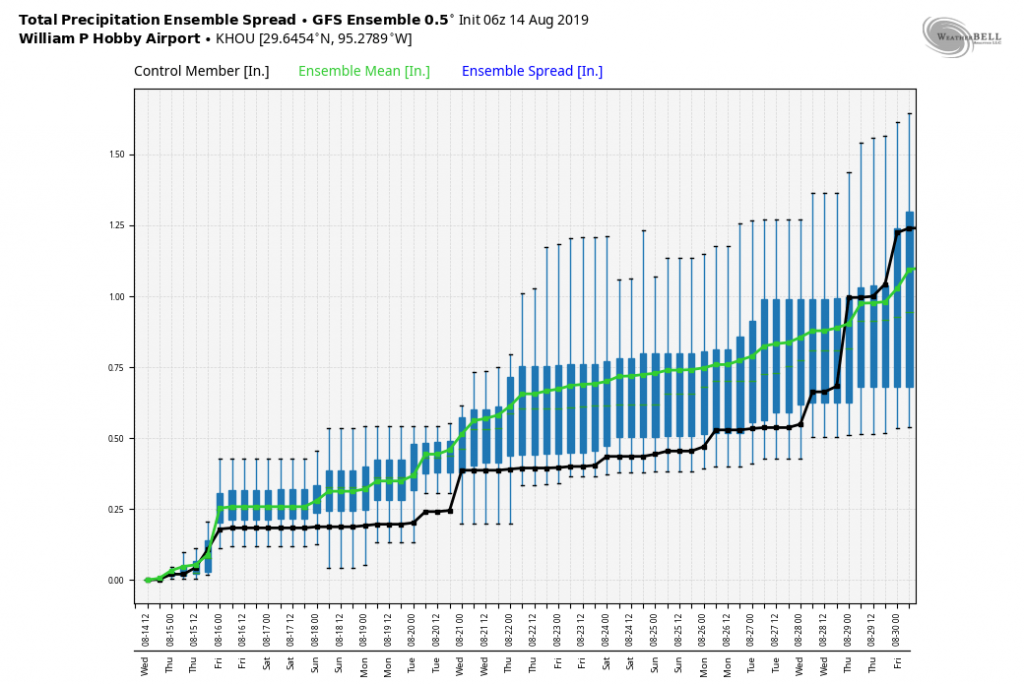 We’ll still be warm, but the ensemble forecasts are split as to whether we’re going to be upper-90 degrees warm, or lower-90-degrees warm. It does not appear as though we’re going to bake under high pressure, with no chance of rain, however.

17 thoughts on “Today remains hot for Houston, but change is beginning”