Good morning. It appears increasingly likely the Houston region will see its first real Arctic blast early next week, with a reasonable possibility for a freeze in central parts of the city, and possibly upper 20s north and west of Houston. While we are far from locking in temperatures yet, this is something to bear in mind for this weekend if you have plants outside that need to be winterized.

The first of two cold fronts is on the way to Houston, but this will be a bit of an odd duck. The front is going to move through today, likely pushing from the northwest to the coast roughly from noon to around 6pm. Instead of a line of showers and thunderstorms, we are more likely to see kind of a mass of light to moderate rain, which may congeal into heavier rain showers and thunderstorms south and southwest of Houston. Hard to say for sure, to be honest. 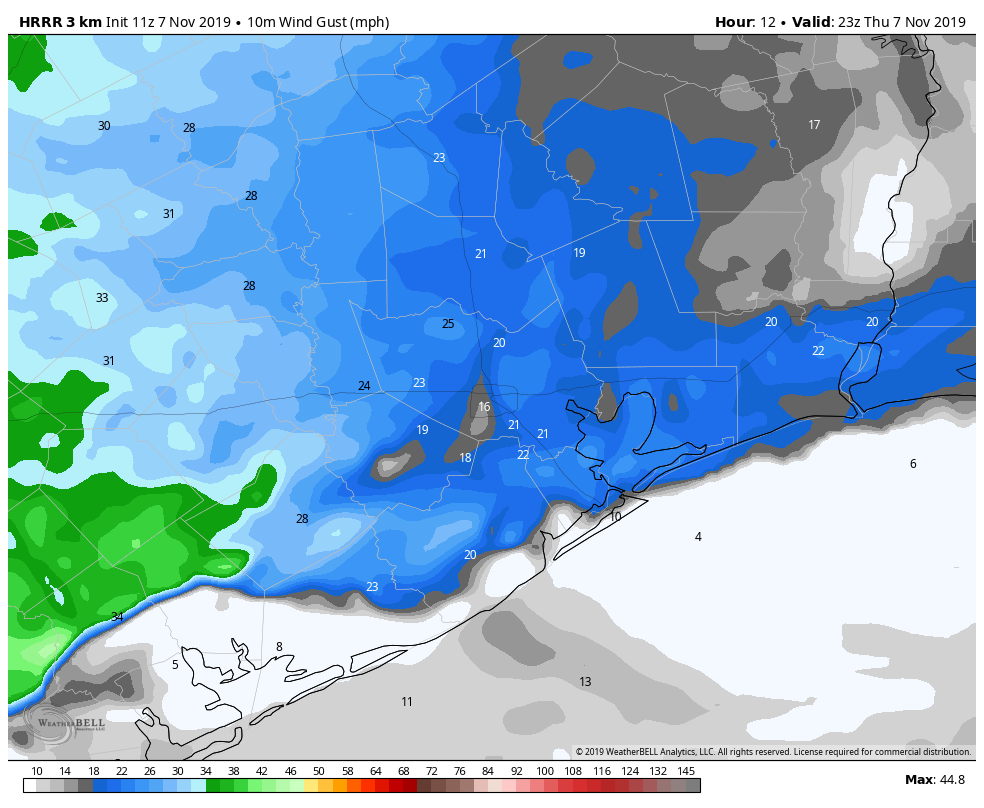 Bottom line—if you live north or east of Houston you may not see much rain at all, but if you live in Sugar Land you might get 1 to 2 inches. While we will see winds shift with the front, and some drier air, cooler temperatures are going to lag several hours behind. As a result, highs today should get into the upper 70s, and fall to around 50 by Friday morning.

Some light showers may linger into Friday in the wake of Thursday’s front. Even after they stop, however, clouds will remain, and this will be a cold and gray day. Highs are unlikely to get out of the low 50s. Friday nights lows should drop into the 40s, but how far will depend upon your distance from the coast.

Hello, fine fall weekend! Saturday (mid-60s) and Sunday (low 70s) should both be partly to mostly sunny days. Low temperatures will recover to around 60 by Sunday night as the onshore flow returns, and brings some clouds with it.

At some point on Monday—the timing is not yet locked in—the season’s strongest cold front will barrel into Houston. If you’re attending Veteran’s Day ceremonies, I think conditions most likely will be cloudy, and if they’re during the morning or early afternoon hours, you will probably be done before the front arrives. Some showers and thunderstorms are possible along with this front as well, although I’m not confident with that part of the forecast. Where we are increasingly confident, however, is in the amount of cold air headed our way as the gusty front blows in.

Low temperatures on Monday night will probably drop to around 40 degrees in Houston, but Tuesday night looks to be the coldest, with clearing skies and ideal conditions for cooling. How far will the freeze extend into Houston? That’s the big question right now. Here’s our best guess at the moment. 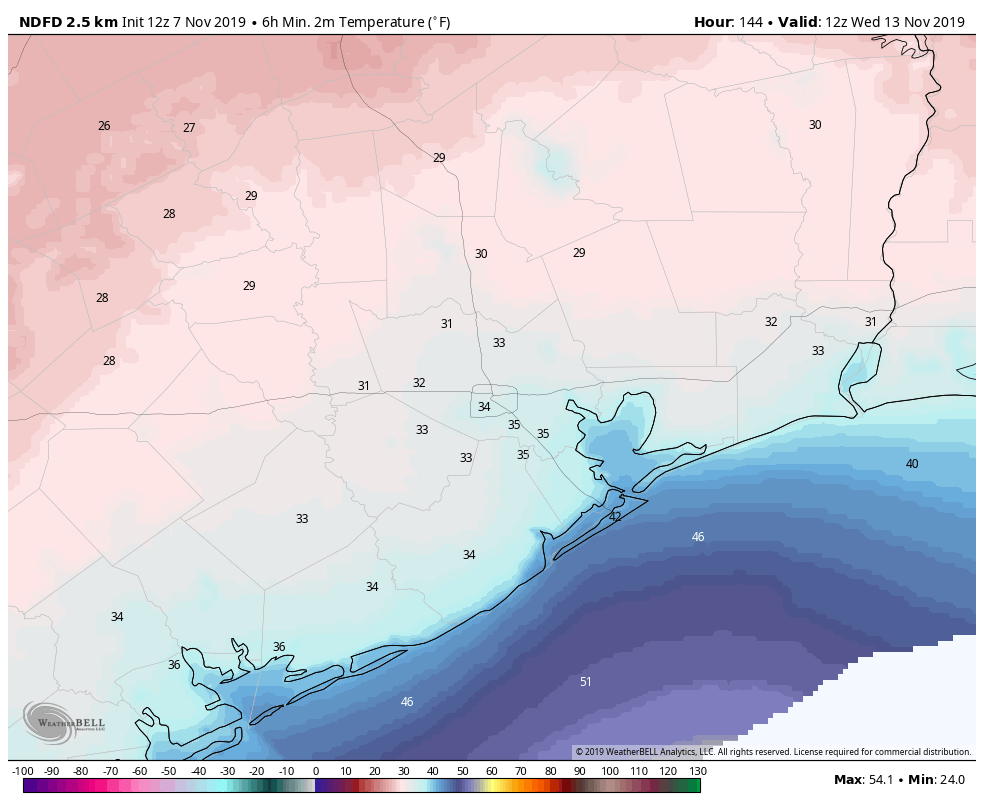 Most of next week looks chilly in the wake of the front, with highs in the 50s and 60s, and lows in the 40s after Wednesday.