Moisture associated with the remnants of Hurricane Willa produced showers across the Houston area from Wednesday evening through Thursday morning. Most of the region saw less than 1 inch of rain, but southern areas of the metro area were harder hit, with a few parts of Galveston seeing as much as 4 to 5 inches of rainfall. Fortunately, we are all done with that mess now. We’ll now see a heavy dose of sunshine and drier air for the next six or seven days. 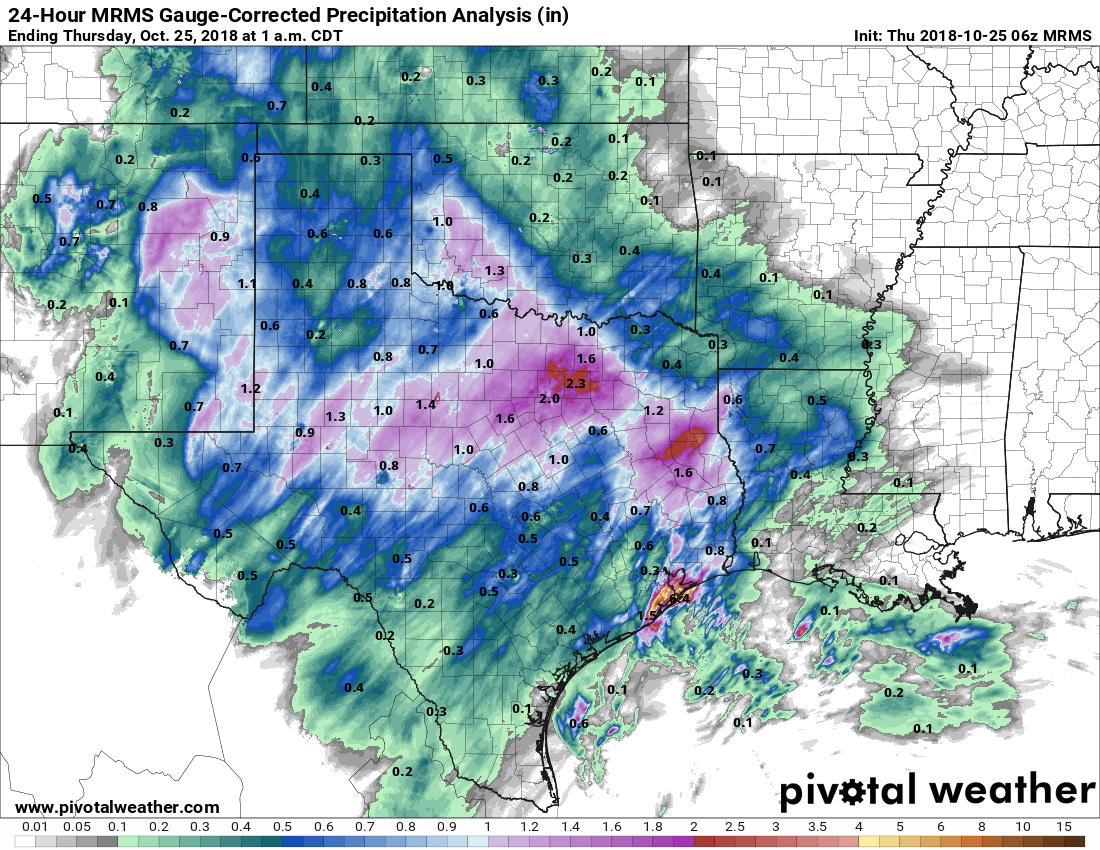 A few lingering, light showers southeast of Houston will push east by around sunrise. Skies should clear some today, but we’ll still see plenty of clouds, and that should limit high temperatures to about 70 degrees. In the background, northwesterly winds will be ushering drier air into the region, which will set up a really nice weekend.

Not much to say, other than to encourage you to enjoy the great fall weather for the weekend. (Among the activities I’d recommend is a rare open house at Johnson Space Center). Highs will range from the mid-70s on Friday to the lower 80s for Saturday and Sunday, with overnight lows varying from the 50s inland to 60s along the coast. Everyone will see mostly sunny days and mostly clear nights. Humidity levels will rebound a bit on Sunday, as a more southwesterly flow returns. However, a dry cool front on Sunday night or Monday morning will prevent things from getting too muggy. 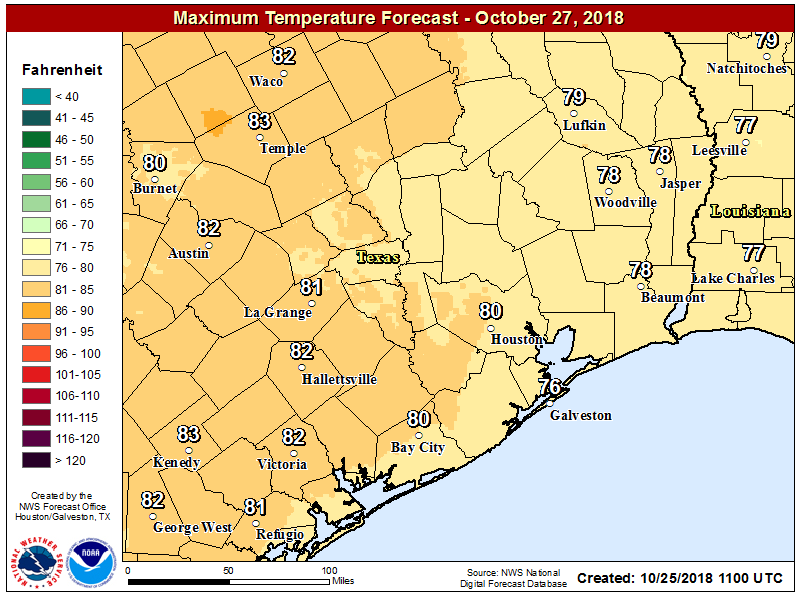 Conditions will remain quite nice to start next week, with highs in the 70s and lows generally in the 50s for all but the coast. Expect lots of sunshine, too.

Temperatures by Halloween are likely to rebound into the 80s. Whether we see some rain to interrupt the festivities that evening will depend upon the timing of the region’s next cold front. This one has the potential to be stronger, both in terms of rainfall potential—we may see some widespread showers and thunderstorms with this one–as well as cooler air. Hopefully the front doesn’t come until Thursday, but it’s hard to say for sure.

Anyway, the front could bring the region some of its first nights in the 40s by late next week, but that’s not something we can say with too much confidence right now.