Today, the National Hurricane Center upgraded the low-pressure system in the Gulf of Mexico into a tropical depression. (Update: at 12:45pm CT the National Hurricane Center upgraded the system to Tropical Storm Imelda). As a result of this, a Tropical Storm Warning has been issued for the coast of Texas from Sargent to Port Bolivar. The storm’s forecast track, through Thursday morning, is shown below. The system should run rougly parallel to Interstate 45 once inland. 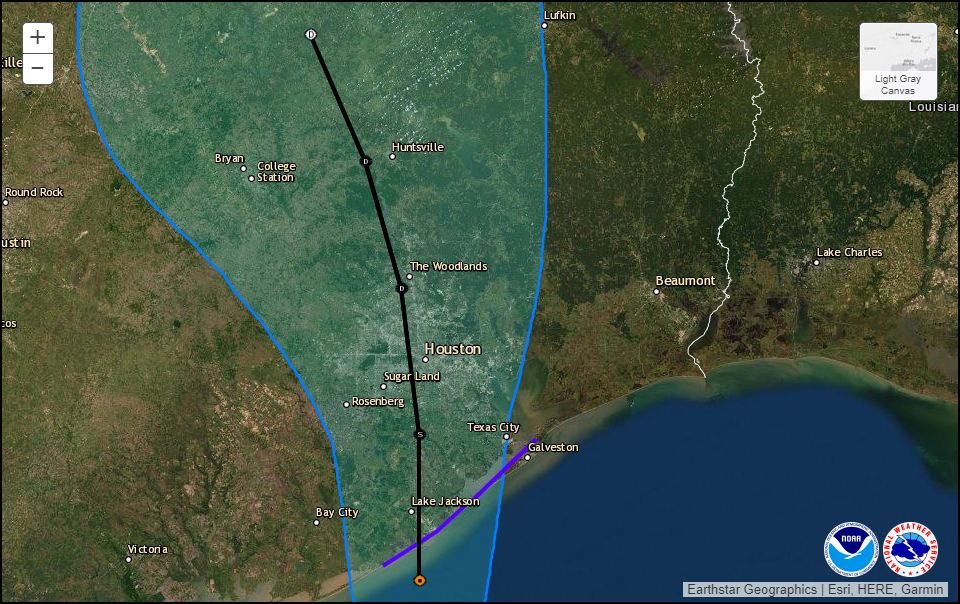 Official track for the depression from Tuesday at Noon CT through Thursday morning. (NOAA)

The formation of a depression increases the possibility—slightly—of this system bringing tropical storm-force winds into the Houston metro area later today and on Wednesday. However, the overall probabilities are low: 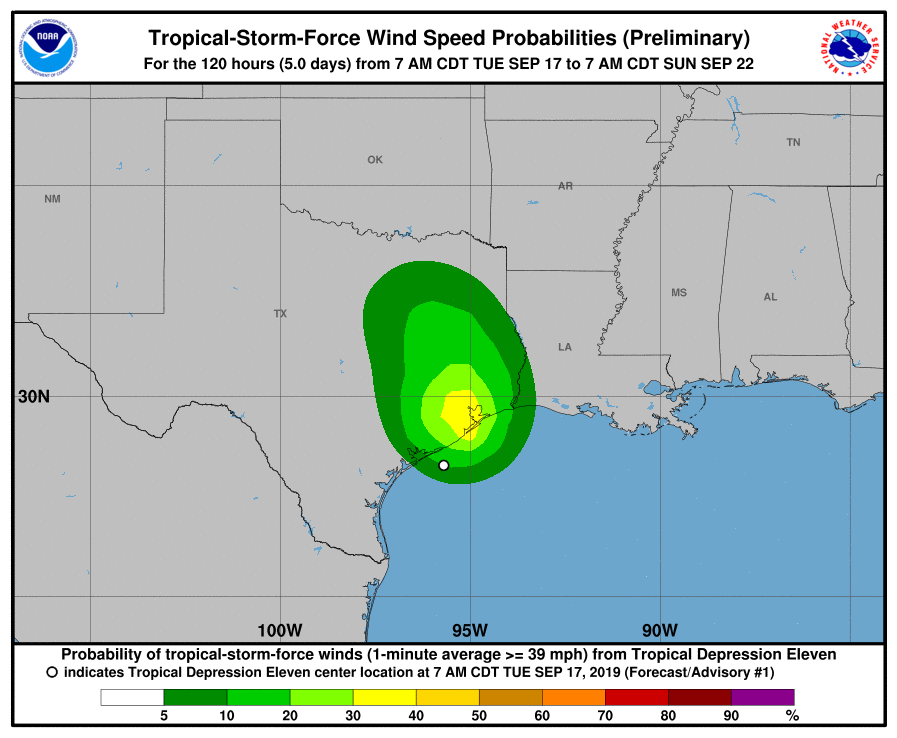 Probability that a given location will experience tropical storm-force winds. (National Hurricane Center)

By far the greatest threat from this system remains heavy rainfall from now through Thursday. As noted this morning, the depression is bringing an exceptional amount of tropical moisture into the state of Texas. What we don’t know yet is where the heaviest rains will fall on Wednesday and Thursday. We think a few areas—maybe some isolated locations in Galveston or Houston or Beaumont or Lake Charles—could see peak amounts of 15 to 20 inches. But most of our region probably will receive considerably less than that, on the order of 5 to 10 inches, which hopefully will be mostly manageable.

Bottom line, there’s a lot of potential here for heavy rainfall, and we’re going to have to really track this closely as it brings flooding into Southeast Texas on Wednesday and Thursday. We’ll have a comprehensive update around 4pm this afternoon outlining what we know, and what we don’t.

27 thoughts on “Gulf system gets a name, flooding still the main threat [Updated]”