I hope everyone enjoyed that incredible weekend, as our weather this week will involve a number of tricks to go along with a few treats. What we are increasingly confident of is that conditions will probably dry out before Thursday afternoon or evening, with the most likely scenario of cool, breezy, and dry weather for trick-or-treating. Warm costumes are recommended for the kids.

The onshore flow has kicked into gear, but today should still be a pretty nice one across the Houston area, with partly to mostly sunny skies, and highs holding to around 80 degrees. Increasing moisture levels will lead to a fairly cloudy night, and as a result low temperatures tonight will not fall much below 70 degrees for most of the metro area. 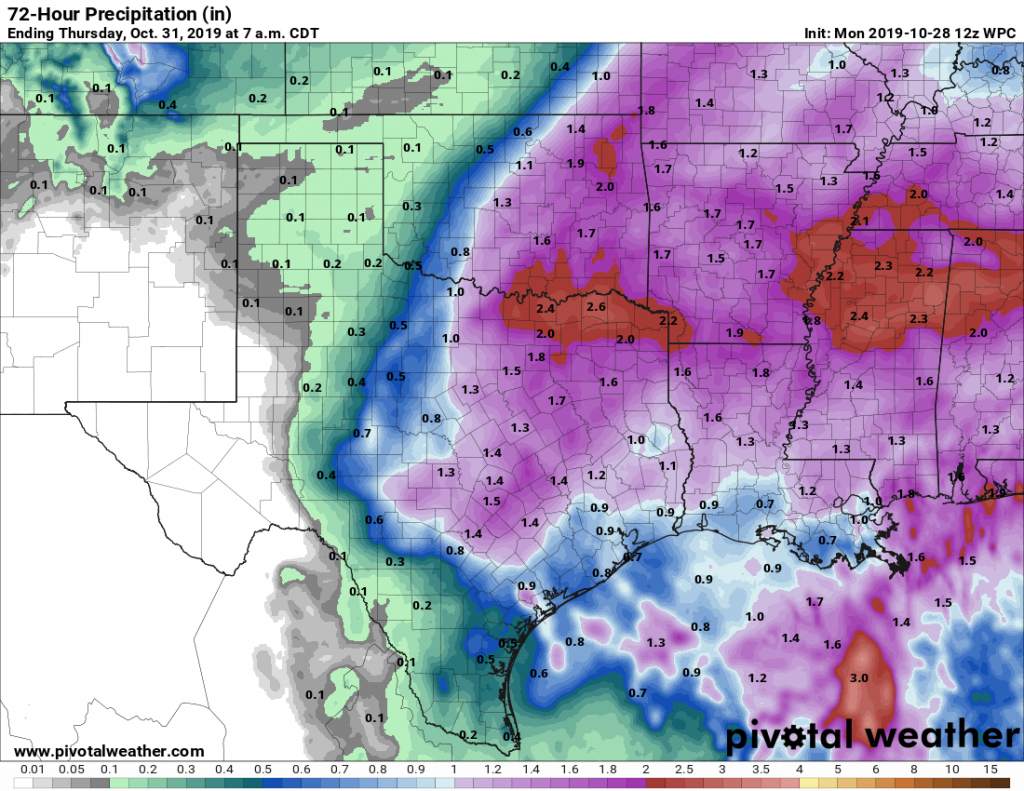 As the amount of moisture in the atmosphere rises, we’ll see a corresponding increase in rain chances on Tuesday and Wednesday ahead of the next cold front. Rain chances on Tuesday will be fairly high, without about two-thirds of the area probably seeing light showers. If you’re heading to the Astros game Tuesday evening, however, we think any daytime rainfall will probably wane by or before game time. Post-game temperatures will be around 70 degrees.

The heavier rainfall will hold off until Wednesday—most likely during the afternoon or overnight hours. In terms of accumulation, we can probably expect between 0.5 to 1.5 inches for most areas through Thursday morning, although we cannot rule out greater accumulations. Highs both days will be around 80 degrees. Let’s hope the Astros wrap the series up Tuesday, because Wednesday evening could definitely a bit wet for any revelry.

Conditions on Thursday will depend upon the timing of the front, and the extent to which rain lingers after its passage. Right now, it appears the front will move across Houston after sunset Wednesday night, and before sunrise Thursday morning, although there remains some wriggle room in this timing. The heavier rain will move along with the front, but we could see intermittent light rain during the daytime hours.

At some point, however, skies should begin to clear as the bulk of the rain moves east. Right now we think that will happen by the afternoon hours. In any case, high temperatures on Thursday are unlikely to rise out of the 50s. Temperatures at sunset may be around the mid-50s, but will drop into the 40s overnight for all but the immediate coast. 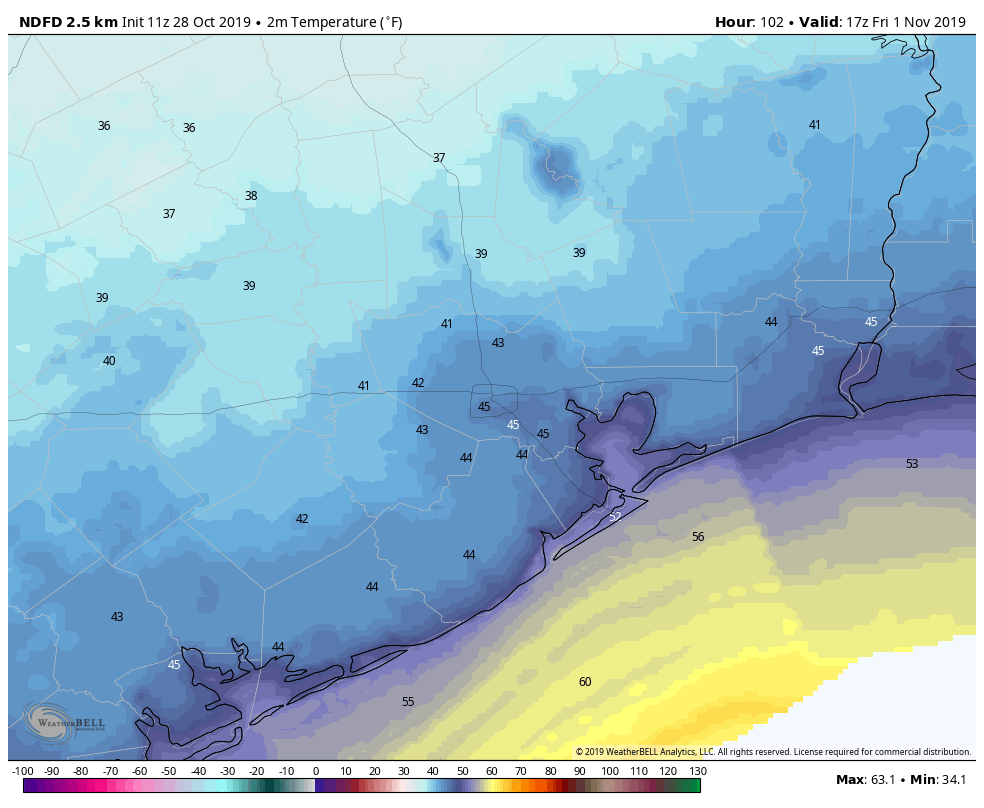 Friday morning’s low temperatures will be the coolest of the season. (Weather Bell)

The weekend looks positively fall-like and cold—by Houston standards. We can probably expect highs mostly in the 60s, with overnight lows in the 40s. The low temperatures will vary by location, of course, with some 30s possible for inland areas, and some 50s right along the coast.

The weather for next week is up in the air, but right now there are no real signals for any kind of storms. I suspect we’ll eventually work our way to daytime highs of around 80, with lows of around 60. But don’t hold us to that!