Over the last 10 days Houston experienced its first taste of multiple 90-degree days in succession, and the next step function will come when we move into the mid-90s. For Houston, highs in the mid-90s are proper hot, meaning these temperatures are characteristic of mid-summer in Houston. It can get hotter, certainly, but the mid-90s are the bread-and-butter of summertime in Houston. We’re likely to get our first taste of them this weekend, as high pressure settles over the area.

It’s breezy this morning, with fairly strong southerly winds that could gust above 20mph today as they bring moisture into the area. A few scattered, light showers may pop up later this morning, but skies should nonetheless clear out this afternoon, allowing high temperatures to push up to around 90 degrees. Lows tonight will fall into the mid-70s except for the coast, which will be warmer. 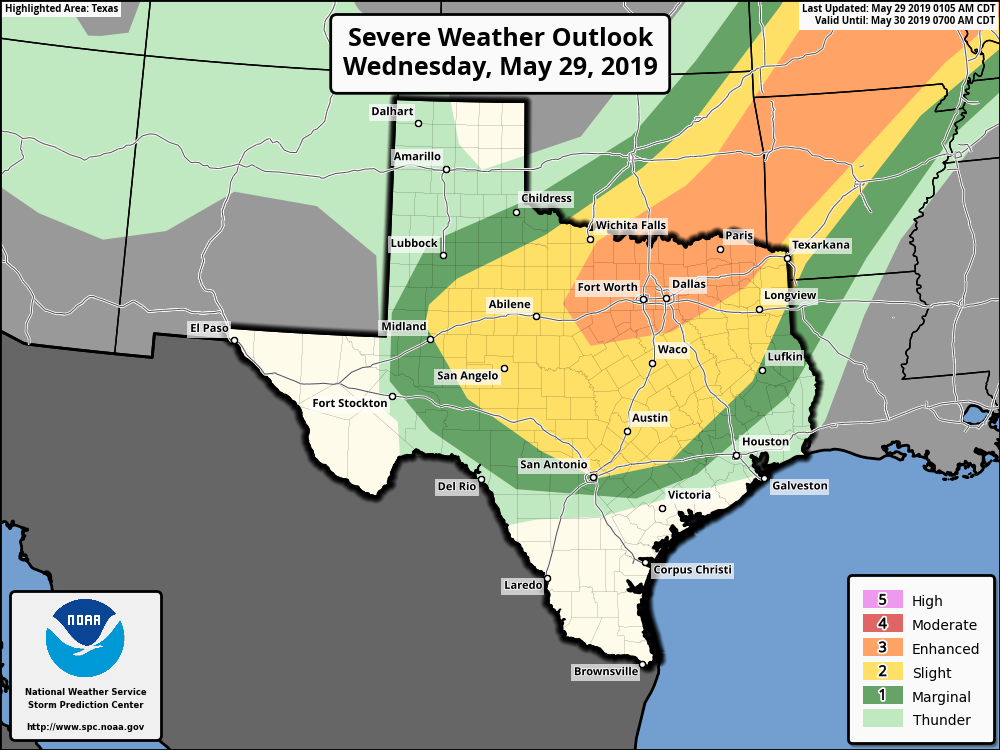 If you’re traveling to the Dallas-Fort Worth area today, a cold front will be moving through North Texas, and bringing potentially quite severe weather (with the usual threat of damaging winds, hail, and tornadoes). This weather should remain north of the Houston area on Wednesday, but could move into the College Station area by around midnight or shortly thereafter.

The aforementioned front is going to lose its oomph as it slides down toward Houston, and so the chance of severe weather in Harris and surrounding counties is lower on Thursday. However, forecast models have gotten a bit more bullish on rain chances in response to this boundary and ample Gulf of Mexico moisture. In terms of threats, we could see some small hail and thunderstorms, but for the most part I’m hopeful we’ll just get some much needed rain after more than two weeks of mostly dry weather.

I think most of the region will probably get 0.25 to 1.0 inch of rain, with better chances along, and inland of Interstate 10. Can’t rule out some isolated heavy showers that will produce some temporary street flooding, but overall we don’t have any significant flooding concerns whatsoever. The best chances for rain in Houston will probably come during the afternoon and evening hours. 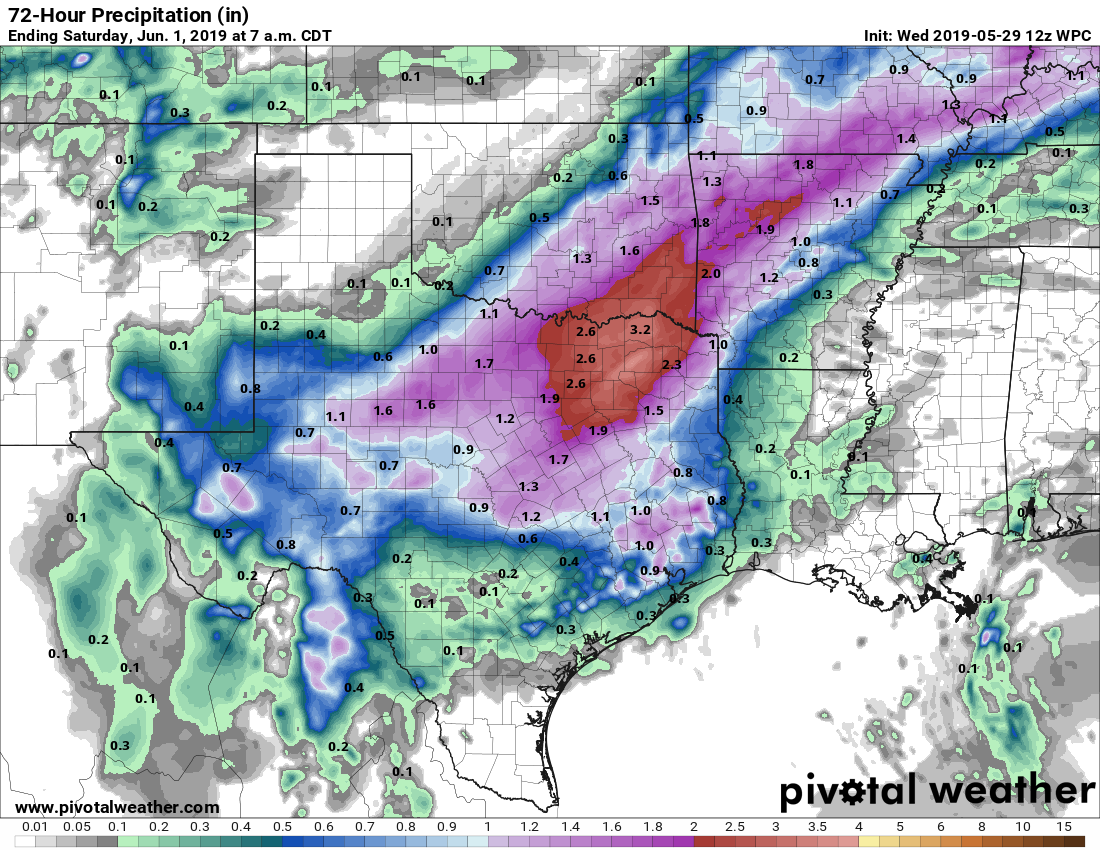 The “front” is not going to bring much cooling to the area. As it dissipates over Houston on Friday, we may see some scattered showers along the boundary, but in general this should be a partly sunny day with highs around 90 degrees depending on the extent of sunshine at your location.

Saturday, Sunday and beyond

High pressure will build this weekend over Houston, and this should push rain chances down to around 10 percent. With mostly sunny skies, and the calendar now turning to June, we can probably expect highs in the 93 to 96 degree range on both weekend days, which as we noted above is truly summer-like for Houston. Bear that in mind during any outdoor activities.

Most of next week should remain warm, although I’m not convinced we’ll stay up in the mid-90s. Rain chances remain very low until the Thursday or Friday time period.

7 thoughts on “Healthy rain chances Thursday, mid-90s by the weekend?”