There’s a lyric in a Steve Earle song called The Rain Came Down that reminds me of Houston’s weather every time I hear it: “It’ll wash you away and there ain’t never enough.” Such was the case for Houston during the month of May, with heavy rainfall and significant flooding during the first two weeks of the month followed by almost nothing since then. The map below shows rain totals over the last two weeks for the greater Houston area. 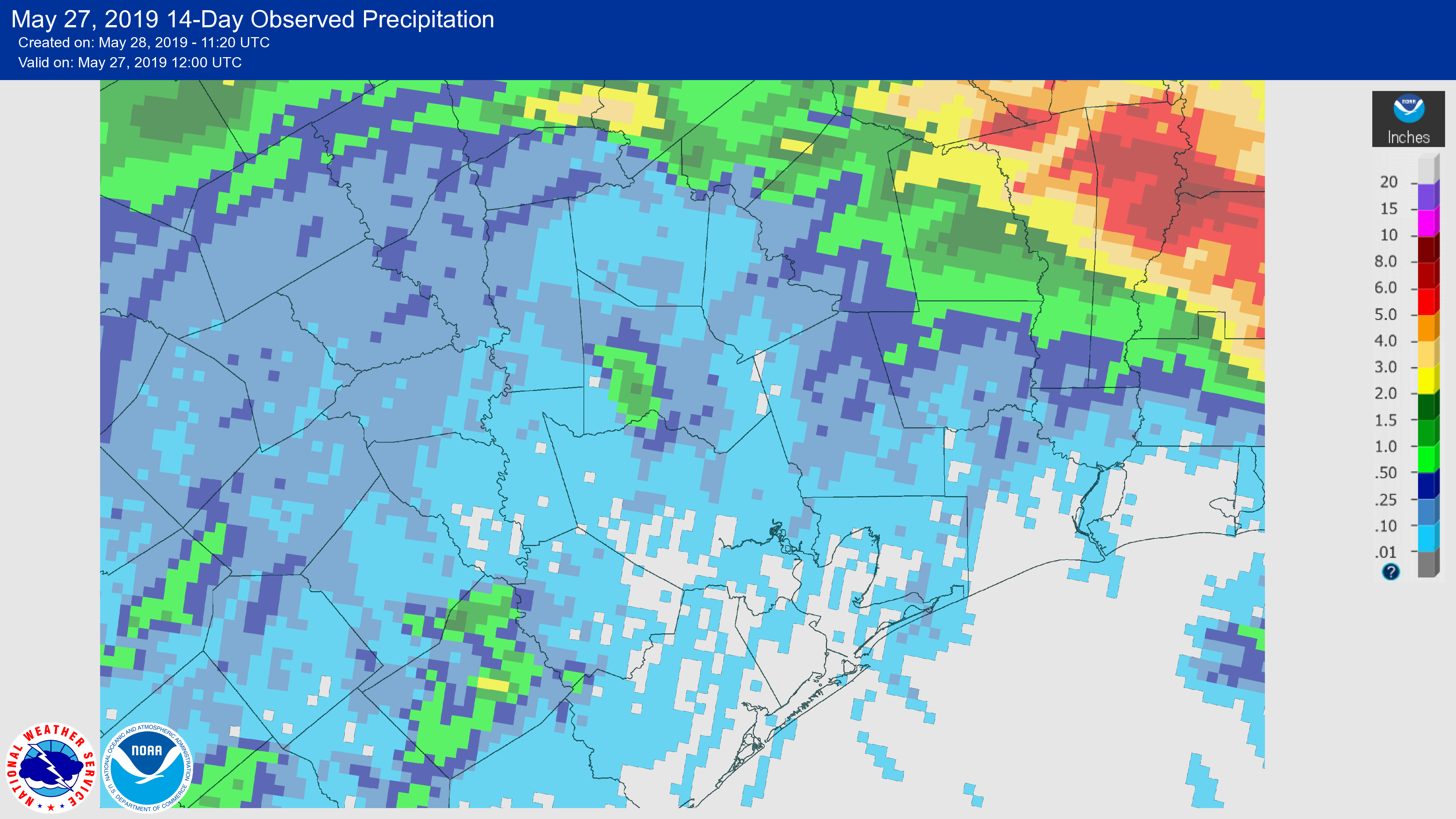 The schism in May rainfall also represents the transition from spring storm season to summer, as high pressure more or less clamped down and temperatures shot up—seven of the last nine days have had high temperatures of 90 degrees or above. We may see a bit of a reprieve from high pressure this week, but as we get deeper into June we can expect more of it.

Conditions for the next couple of days won’t change much temperature-wise for Houston. We probably will see high temperatures of around 90 degrees, with a mix of partly sunny mornings, and mostly sunny afternoons. We can’t entirely rule out a few showers streaming in from the coast, but chances probably will only be 10 to 20 percent for both days.

The combination of weakening high pressure and the tail end of a dissipating front dragging into the Houston region will create the most favorable conditions for rain in awhile. I’m not overly bullish on rain chances, with about a 50 percent chance north of Interstate 10, and lesser chances closer to the coast. A few areas may see up to one-half of an inch of rain, while the rest of the region sees less. The most likely time for rain is probably during the late afternoon hours. Widespread clouds may keep highs in the upper 80s on Thursday.

A chance of showers may linger into Friday, but the more likely scenario is that building high pressure clamps down on rain chances. Expect high temperatures of around 90 degrees, with partly sunny skies. 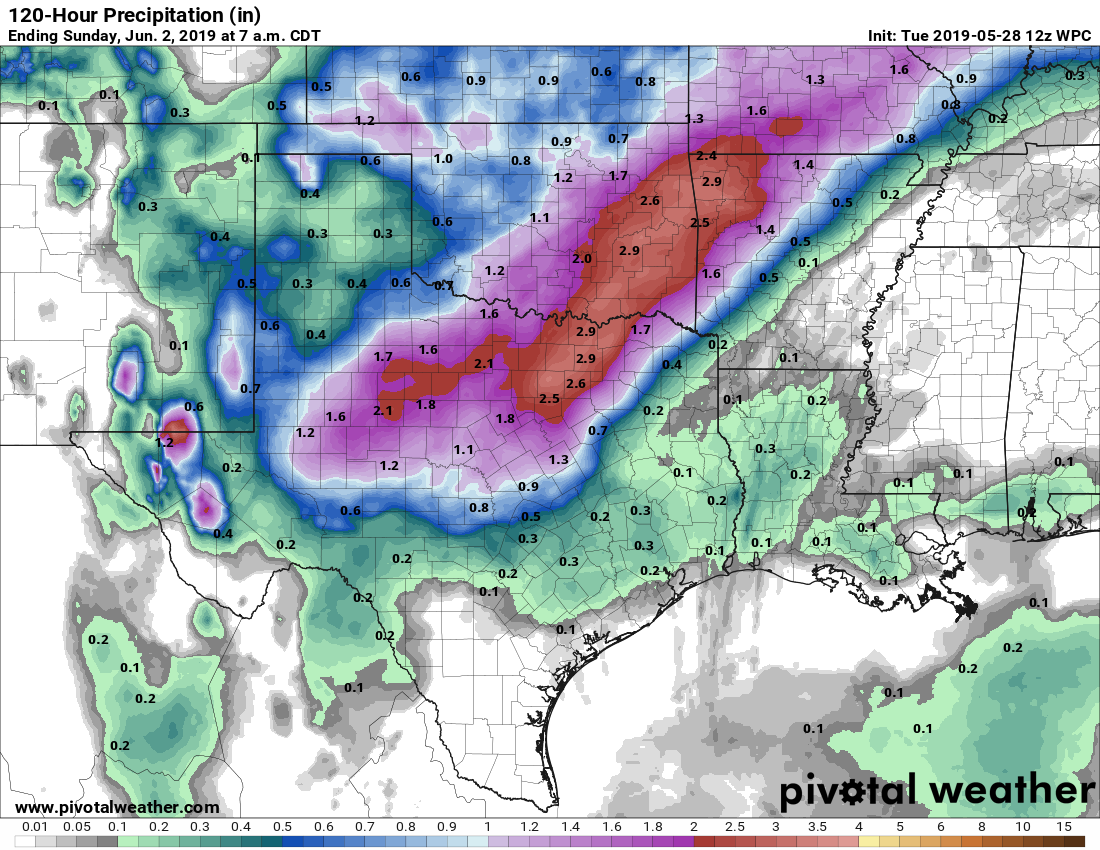 If you have weekend plans, the outlook calls for mostly hot and sunny weather. High pressure should have control, and limit rain chances to about 10 percent. For the most part we’re going to see lots of sunshine, with high temperatures likely in the low 90s.

As for rainfall, most of the model guidance suggests that the next real chance for rainfall after this Thursday will come during the middle of next week. So if you know any good rain dance moves, now’s a good time.

8 thoughts on “May was a month of two halves: Floods then dry as a bone”