Hot and humid weather will continue for awhile across the region. We won’t see anything too extreme heat wise, but temperatures remain a few degrees above normal for this time of year. We’re also continuing to watch for a pattern change later next week that may cool us down ever so slightly and could bring wetter conditions to the area.

For now, however, the forecast is pretty dull. 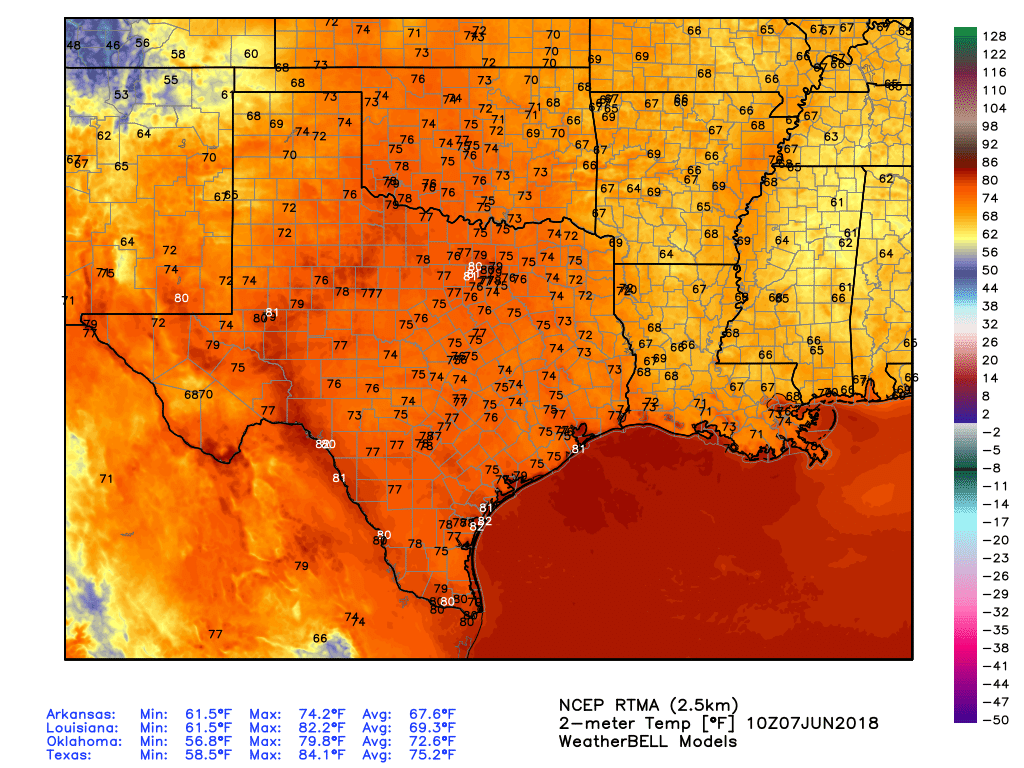 As of Thursday morning, lows aren’t too extreme yet over the southeastern Texas, but wait a month or two. (Weather Bell)

With Houston on the periphery of high pressure, our weather is more or less locked in with temperatures in the low- to mid-90s, partly to mostly sunny skies, and perhaps a few isolated showers during the afternoon and evening hours. Nights will remain warm, in the mid-70s.

As high pressure backs off to the west, and moisture levels increase, shower chances will probably go from isolated (10 to 20 percent) to scattered (20 to 30 percent) during mainly the daytime hours. 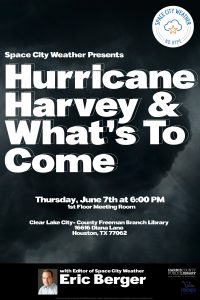 Most likely the region will settle into a typical summertime pattern, with afternoon rain chances and highs in the 90s. There are no indications of tropical activity of any kind for the next several weeks, and frankly that’s pretty normal for June. The bigger action comes more typically in August and early September.

There are some hints in the models that the second half of June will be a bit better in terms of rainfall for Houston, so we can hope that comes to pass.

Speaking of the tropics, I’ll be giving a free talk on Thursday evening at 6pm at the Freeman Branch Library in Clear Lake. I give a fair number of talks around town, but usually they are to specific groups. This is a public lecture, and I’ll be speaking for about 30 minutes and then taking any questions people might have. A word of warning: Since I’ve forecast a pretty dry day around town, it will probably be pouring at that location at 6pm today.

8 thoughts on “Hot and humid, with maybe a pattern change next week”