Monday marked the first time in more than three weeks that the high temperature in Houston did not reach at least 90 degrees, but now we’ll put our brief flirtation with somewhat cooler behind us as high pressure begins to build over the area today. Perhaps the biggest question about the forecast from now through the end of the work week is whether highs in the days ahead will reach the mid- or upper-90s.

Also, be on the lookout later today for a tropical update from Matt. There is nothing imminent, but we want to keep readers apprised of what we’re thinking and seeing as we look ahead over the next week or two in the Atlantic Ocean, Caribbean Sea, and Gulf of Mexico. When we get into July, we probably will begin posting these on a weekly basis, and then probably more frequently during the peak periods of August and early September. 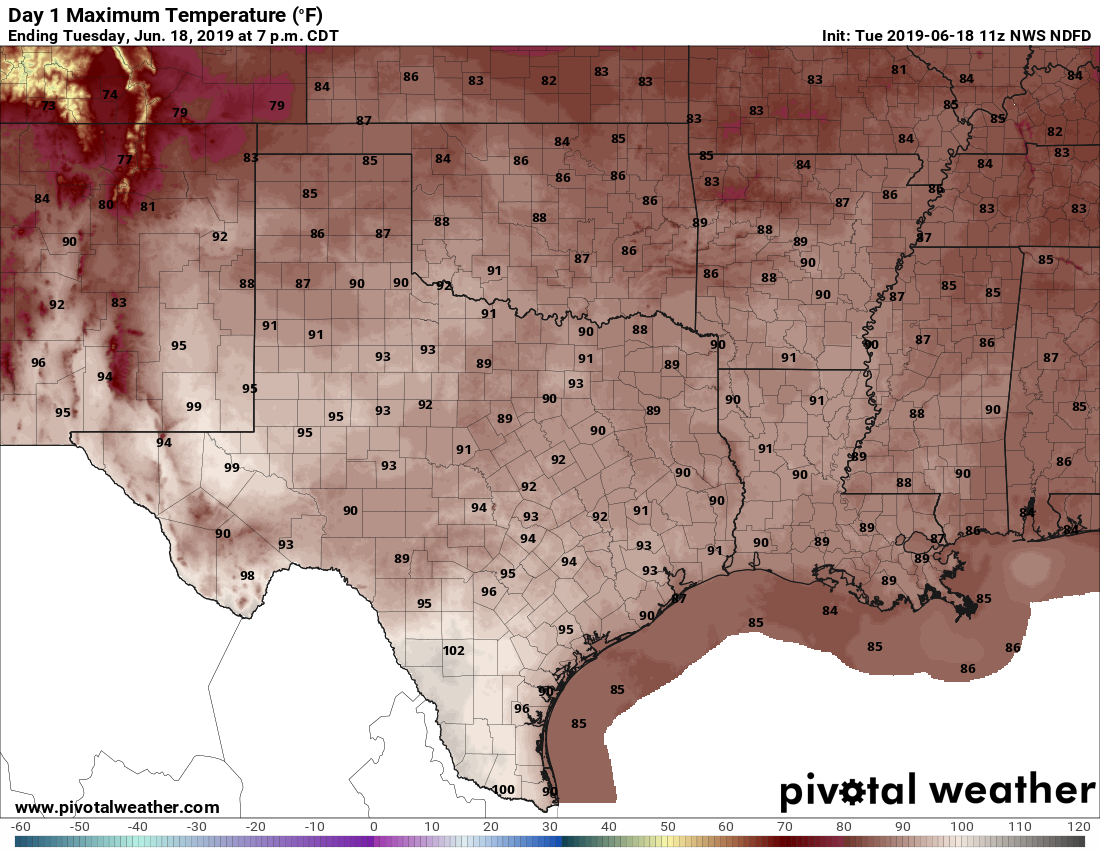 Most of Texas will be in the 90s Tuesday. In a few days there will be more 100s. (Pivotal Weather)

There isn’t much movement in the atmosphere today, which means that despite a fairly moist atmosphere any shower development should be scattered at best. High resolution models are indicating the best chances for rain may come down near Matagorda Bay, or to the northeast of the Houston metro area. In any case, for the most part we should see a mostly sunny day with highs in the low- to mid-90s.

These days have the look of mostly sunny and hot days, with high temperatures in the mid- and possibly upper-90s. Lows will only fall to around 80 degrees so there won’t be much reprieve. Friday is also the summer solstice, so it will be Houston’s longest day of the year at 14 hours, 30 minutes, and 30 seconds. It will feel like it. 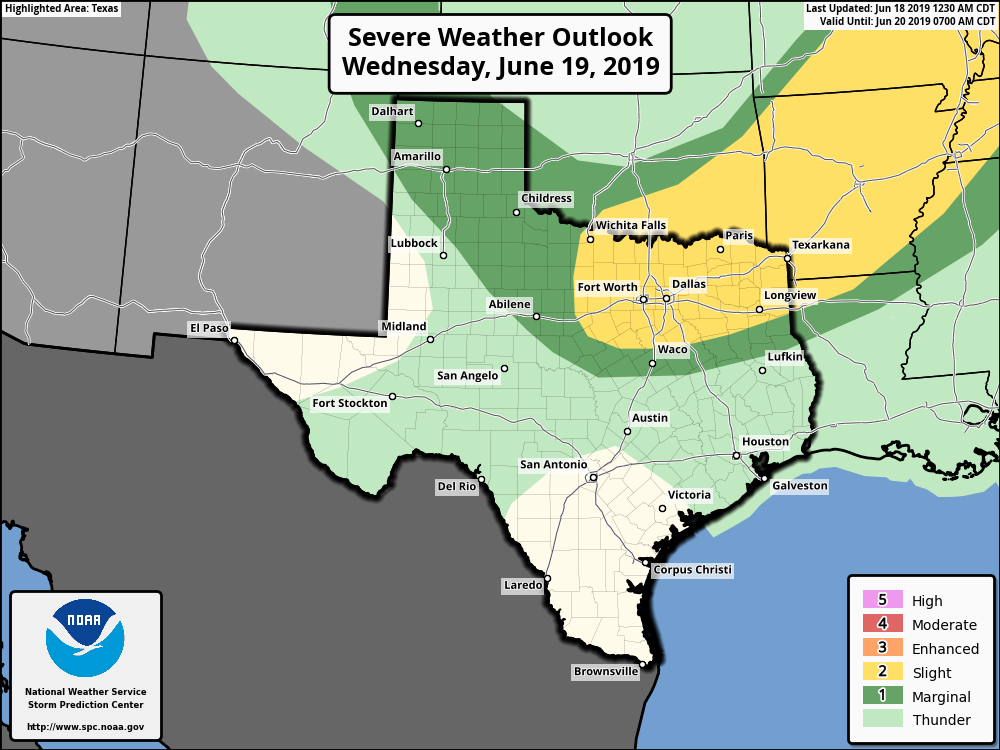 One thing to watch for late on Wednesday night is the potential for storms in North Texas to slide down into the Houston area, or at least our northern reaches. For now we expect the bulk of this activity to remain north of Montgomery County, but it’s something we’ll definitely update you on in Wednesday’s post.

The weekend will be a bit cooler as some kind of Pacific tropical system appears likely to send some moisture into Texas. Our temperatures and rain chances will depend on the extent of the moisture, but for now I’d bet on partly to mostly sunny skies on Saturday, and partly to mostly cloudy skies on Sunday. Rain chances on Sunday could be as high as 50 or 60 percent, so if you’re planning outdoor activities for that day it may be time to think about some backup plans, although the weekend forecast is far from locked in. These rain chances may linger into early next week.

4 thoughts on “Hot weather this week, with the potential for rain this weekend”