Here’s the state of play for Houston’s weather over the course of the next week: With high pressure moving away, and atmospheric moisture levels rising, the region will be susceptible to showers and thunderstorms beginning this evening through most of next week. In addition there will be some triggers for storms moving into Texas. However, there is a lot of uncertainty as to when, precisely, we’re going to see rain. So while rainfall will be possible every day, it won’t be probable on most days.

We’ll see more clouds today, with winds from the southwest at perhaps 10 to 15 mph. Some breaks in the clouds should allow highs to push up to around 90 degrees this afternoon. An upper-level disturbance will move into Houston later this afternoon and evening. It appears that a capping inversion will hold over the city and coastal regions, but areas to the north and west of the city may see some showers. The chance of this is pretty low, however, probably less than 20 percent. Lows Thursday night will only drop into the mid-70s. 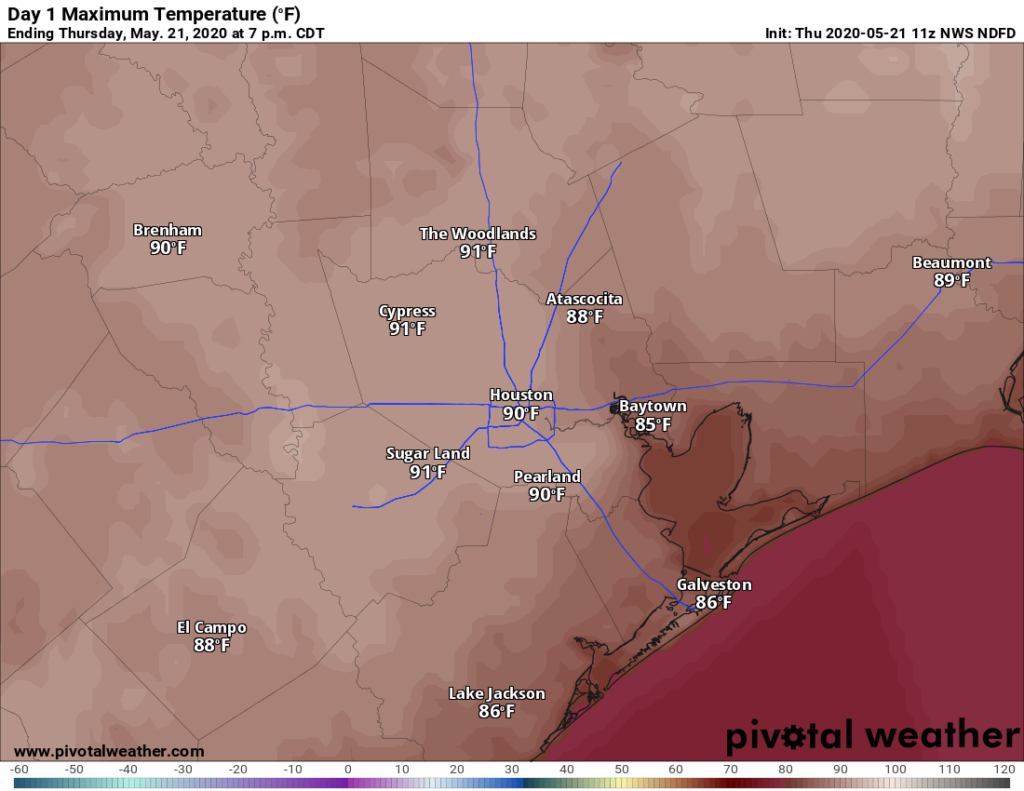 High temperatures will hit about 90 degrees on Wednesday. (Pivotal Weather)

Friday will see a similar setup albeit with increasing atmospheric moisture levels. Forecast models indicate showers are most likely to develop south of Interstate 10 on Friday, but chances remain fairly low, likely in the 20 to 30 percent range. This should be another partly to mostly cloudy day with highs near 90 degrees.

Rain chances improve slightly on Saturday, but we’re still probably aren’t going to see any widespread shower and thunderstorm activity. Some sunshine should mix in with clouds, allowing for a high temperature near 90 degrees. If you’re planning outdoor activities this weekend, Saturday remains the day in Houston least likely to see rainfall.

By this time period the combination of low pressure in the middle of the atmosphere and moist air at the surface should begin to produce a better chance of showers and thunderstorms across the region. Hard to predict totals at this distance, but it looks like most of Houston will see, on average, about 1 inch of rain with some areas seeing less and some a fair bit more. Both Sunday and Monday will see more clouds, with highs somewhere in the 80s. 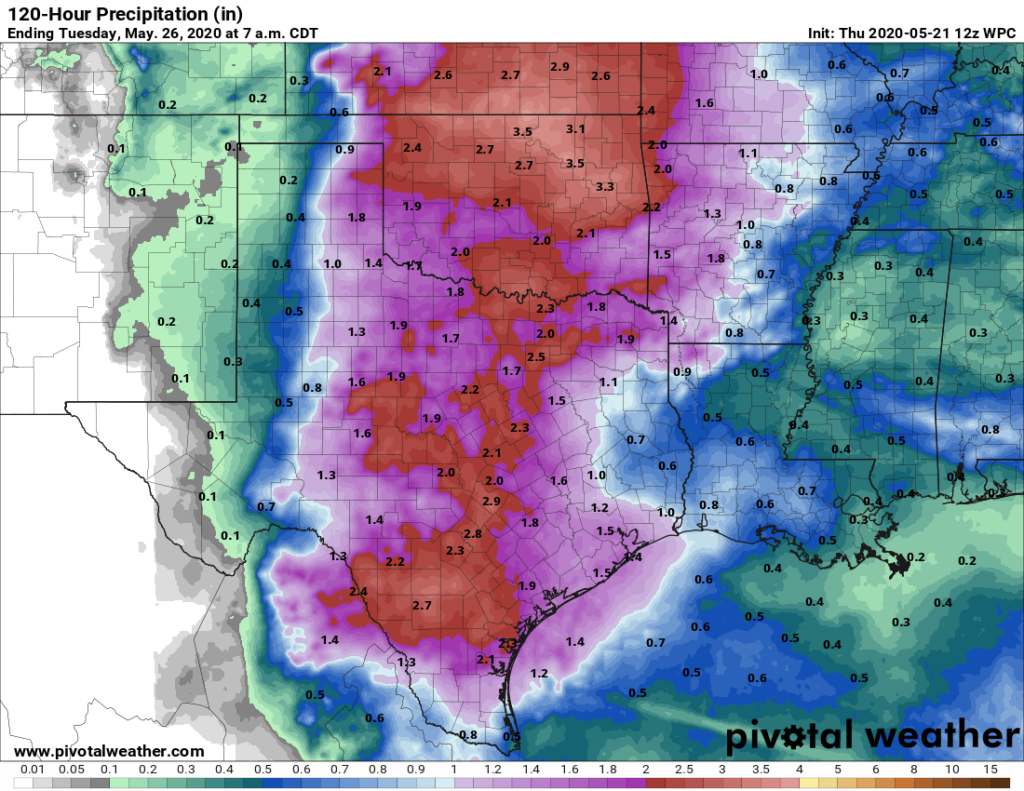 The forecast for next week remains dependent upon the movement of an upper-level low pressure system that breaks off from the jet stream and wobbles through New Mexico and into Texas. Put simply, we’re not sure where it will go, and the extent to which it bring additional rainfall to the greater Houston region. Suffice it to say there will be the potential for rainfall, perhaps a few inches, but if the low stays away we’ll be a fair bit drier. Skies likely will remain cloudier, keeping a limit on highs as we get closer to June.